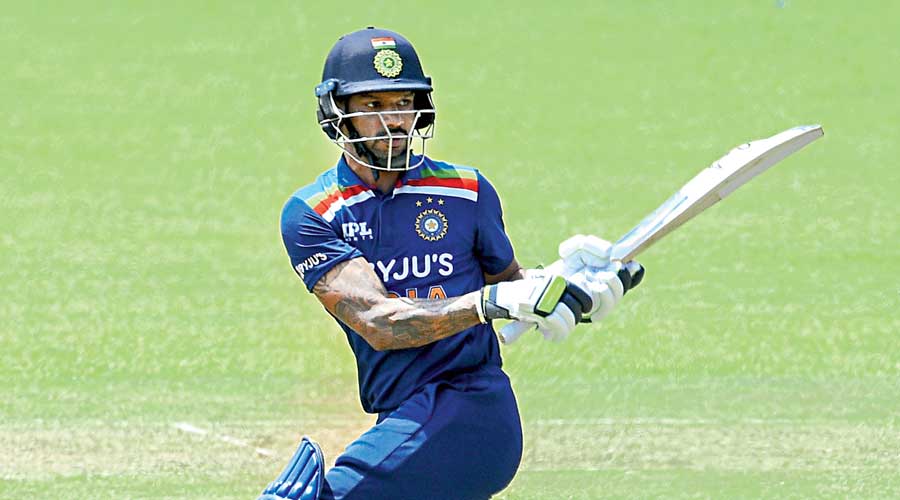 Shikhar Dhawan’s numbers make him eligible to be an important member of India’s limited overs side. But for the last couple of years or so, with some of the youngsters making a mark, the left-handed opener hasn’t been considered for India’s T20I scheme of things.

Dhawan himself too seems much more focused on ODI cricket and without doubt, his ultimate goal is attaining success in next year’s ODI World Cup, which will be held in India. Besides, Dhawan would also be playing in the Vijay Hazare Trophy and the Syed Mushtaq Ali T20 Trophy along with the IPL in order to keep himself in good shape leading up to the World Cup.

“I understand the need to prepare well before a tour, so I make sure to keep focusing on my basics and the method of my preparation. I had been practising for quite some time for the England ODIs and I’m sure I’ll be in fine rhythm in the coming matches.

“My focus is definitely on next year’s World Cup and for that, I want to play as many matches as possible for India and do well there. In between, there will be the IPL as well, so I will try to do well there and also look to play the domestic one day and T20 matches,” the 36-year-old

said ahead of India’s first ODI versus England at The Oval on Tuesday.

His last India appearance was on February 11 in an ODI versus the West Indies in Ahmedabad. Joining the team after five months, Dhawan banks on his basics and technique, which he believes will bail him out during tough situations.

“I’ve loads of experience in the first place. Also, I’m quite confident about my basics and technique, which are important facets for an opener.

“At the same time, a calm mind helps me build my innings and convert it into a big score. That keeps me in a good headspace,” he emphasised.

Maintaining his fitness and ensuring he stays physically strong has also been primary for Dhawan. “I eat less carbs at night nowadays, unlike what I used to earlier,” he said.

Dhawan’s academy, Da One Sports, will be officially launched later in the year in Gurgaon. Alongside cricket, kids and aspirants will be provided training also on football, tennis, badminton, swimming and a few other disciplines.

Excited about his initiative, Dhawan said: “Cricket has given me so much, so I too should give something back to it.

“I came from a humble family and turned my dreams into reality. I will motivate the kids to do the same. The kids need to be taught not just about cricket, but about life as well. The focus will be on overall grooming for kids.

“Their physical activities are very much essential as because of so many electronic gadgets nowadays, they remain at home. So you need to get them out and play sport, feel the nature.”