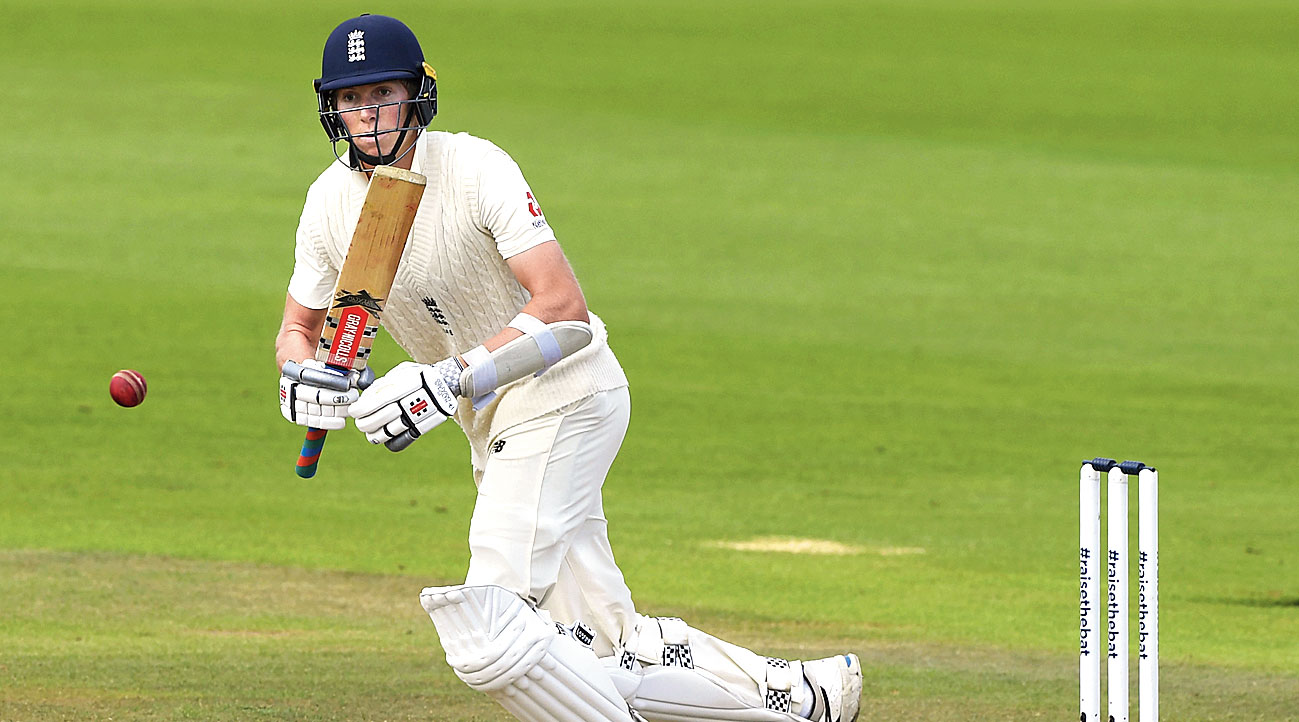 Zak Crawley continued from where he had finished on Friday and James Anderson followed it up with a wonderful spell of seam bowling to put England in complete command in the third and final Test versus Pakistan, at the Ageas Bowl.

At stumps on Day II, Pakistan were tottering at 24/3 in reply to England’s mammoth first innings total of 583/8 declared.

Making perfect use of the new ball, Anderson (3/13) first removed openers Shan Masood and Abid Ali before trapping the reliable Babar Azam leg-before with a beauty in what was also the last ball of the day.

Crawley’s 267 and Jos Buttler’s 152 had already done their bit to take the game out of Pakistan’s reach. And Anderson’s spell in the last 40 minutes or so seems as good as having the visitors’ prospects in this game buried.

Even Jofra Archer posed quite a few problems for the Pakistan batsmen, working up good pace in the two overs he has bowled so far.

Earlier, with the pitch easing up and Pakistan bowlers not being consistent enough with their line and length, Crawley and Buttler made merry, unleashing a flurry of boundaries and also maximums in their fabulous 359-run partnership for the fifth wicket.

Not more than 18 overs were possible in the first session on Saturday because of rain interruptions. Buttler, during that period, had survived a scare on 99.

He was given out caught behind off Mohammad Abbas, with wicketkeeper Mohammad Rizwan — standing up to the stumps — taking a sharp catch. Buttler immediately reviewed and replays showed no contact, with the noise being that of his bat hitting his pad.

Off the next ball, he stroked a back-foot drive on the off-side for three runs to bring up his first hundred as England’s wicketkeeper-batsman. His other ton — 106 against India two years ago — was as a specialist batsman.

Crawley, meanwhile, admitted that he was nervous after reaching his 90s, but having the company of a “calm head” like Buttler helped him conquer his nerves en route his maiden century.

“When I was about 91, I was really nervous. Jos didn’t think I was, so I must have been hiding it pretty well!” said Crawley. “It was handy batting with Jos. He’s a very calm head and he’s always telling you to keep switched on. I think that’s why we managed to get a good partnership,” he added.