Majestic Liam Livingstone rules the field in battle of Kings 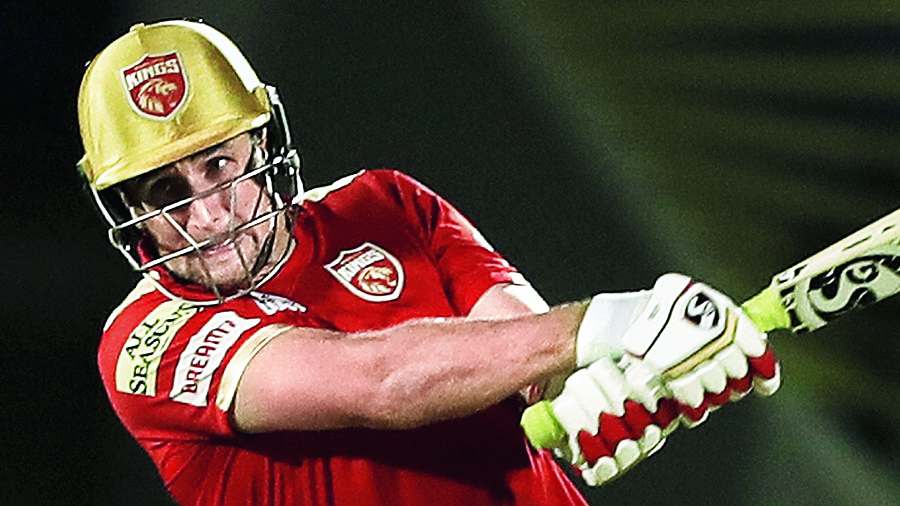 Liam Livingstone of Punjab Kings on way to his 60 against Chennai Super Kings at the Brabourne Stadium in Mumbai on Sunday.
PTI
Sayak Banerjee   |   Published 04.04.22, 01:56 AM

Punjab Kings had begun with a bang. They then lost a bit of steam midway but came back in the game wonderfully  to eventually outclass Chennai Super Kings by 54 runs at the Brabourne Stadium in Mumbai on Sunday.

Liam Livingstone (60 off 32 balls and 2/25) turned out to be the star for Punjab. Their bowlers, in fact, performed collectively well to keep the Super Kings’ strong batting line-up quiet. Although Punjab, put in to bat, could make 180 for 8, their quicks, along with leg-spinner Rahul Chahar (3/25) did a fantastic job to bowl the Super Kings out for 126 with two overs to spare.

The defending champions thus suffered their third straight defeat this season and are now second from bottom in the standings, while Punjab are fourth with four points.

Dew wasn’t a factor this time around and although the pitch was excellent for batting, it did offer something for the quicks if they bowled the right line and length with the new ball. Debutant pacer Vaibhav Arora (2/21) did exactly that, accounting for Robin Uthappa and Moeen Ali. His senior pace colleague Kagiso Rabada too was disciplined early on, and got rid of Ruturaj Gaikwad.

Punjab were in absolute control at that stage. Shivam Dube (54) and former captain Mahendra Singh Dhoni (23) tried their best to help the Super Kings stage a comeback, but Livingstone then struck with the ball too with his leg-breaks.

The England all-rounder first forced Dube to play a false stroke and off his very next ball took a screamer to account for Dwayne Bravo. At 98 for 7 after 15 overs, the Super Kings’ fate was virtually sealed.

Punjab had lost captain Mayank Agarwal and Bhanuka Rajapaksa with only 14 on the board. But Livingstone, intent on knocking the wind out of the sails of the Super Kings bowling attack, backed his instincts and unleashed some massive blows.

His aggression was at its best when he clobbered left-arm quick Mukesh Choudhary for three fours and a couple of sixes in the fifth over, which cost the Super Kings 26.

The England white-ball specialist, getting a reprieve when on 45, was also helped by  the stability from Shikhar Dhawan (33) at the other end. That 95-run stand between Livingstone and Dhawan was certainly a crucial element of the game.