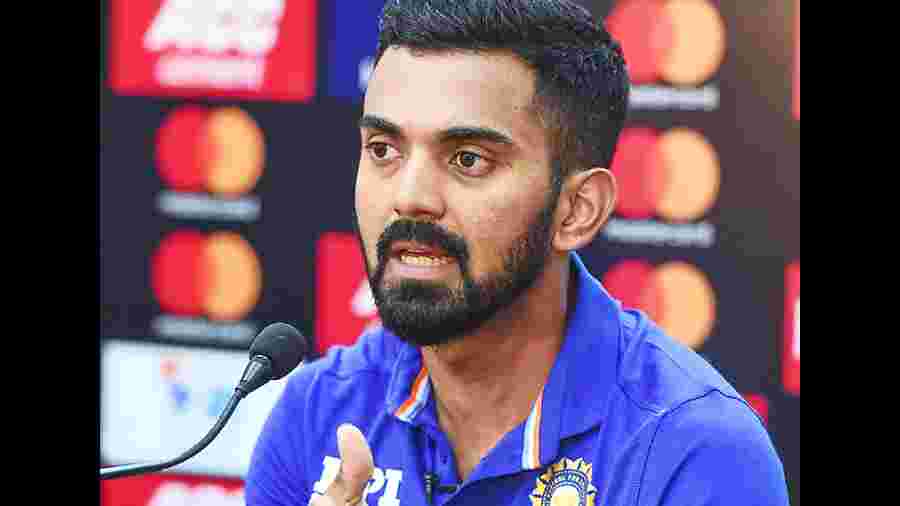 KL Rahul has said that he is working on upping his strike-rate and now has more clarity about the role that’s been defined to him and others “in the last 10-12 months”. “Yes, it is something that I am working on,” Rahul said on his strike-rate on the eve of the first T20I against Australia in Mohali.

“Obviously with the roles that have been defined for each player in the last 10-12 months, you know very clearly and the player understands what is expected out of them and everyone’s working towards it. No one is perfect. No one in the dressing room is perfect. Everyone’s working towards something, everyone has a certain role to do. Obviously, strike-rates are taken on an overall basis. You’ll never see when that batsman has played at a certain strike-rate, whether it was important for him to play at a 200-strike rate, or whether the team could have still won playing at a 100-120 strike rate. So these are things that not everybody analyses. That’s why when you look at it, it looks slow.”

“It is the same thing with me when I go to open the batting. When you are batting first, you want to give yourself three or four balls to understand how the pitch is behaving. And then try and see how you can put bowlers under pressure, how you can utilise the Powerplay and get your team off to a good start. “These are things that run in your mind, you speak to your partner, you help each other out. You have a discussion about the pitch, what are the shots you can play, what are the areas you can target, these are some things that you speak to each other, and you come up with a plan.”

The Team India vice-captain felt the current environment allowed the players to not be “afraid to make mistakes or fail”. “The most important thing for a player in that dressing room is what his captain, coach and his (fellow) players think of him. Only we know what role is expected out of each person and everyone is trying to give their best. And not every time will a player succeed. That is the kind of environment we’ve created where players are not afraid to make mistakes or fail. We work the hardest for this,” Rahul said.

“Criticism happens everytime. We criticise ourselves more than any of you do. We dream of winning; We are representing the country, we want to win the World Cup all that is in our mind. When we don’t do well, it hurts us themost. It’s about what goes onin our team...”