Jury out on when to unleash Umran Malik

By consistently breaching the 150kmph hurdle and picking wickets in the IPL, the 22-year-old has strengthened calls for his inclusion in the team 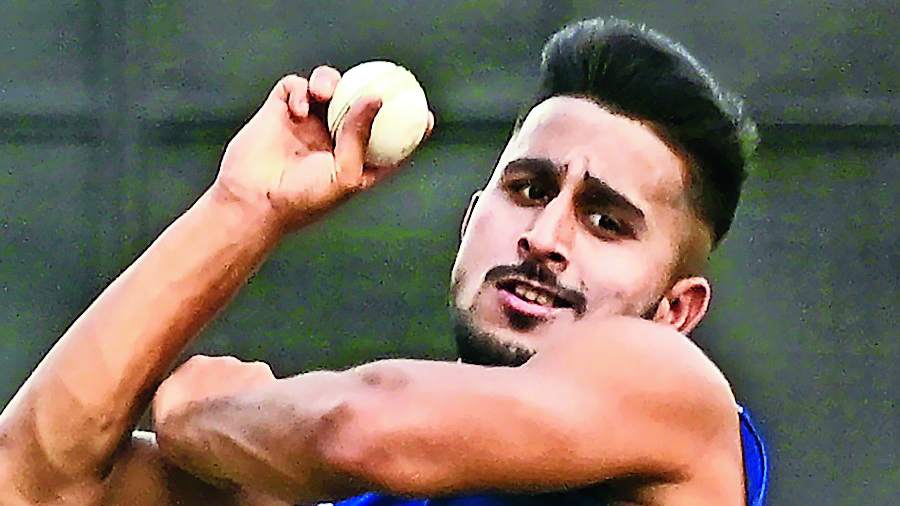 Not many cricketers in recent memory have captivated the enthusiasts in the manner that Umran Malik has. The Jammu and Kashmir fast bowler didn’t find a berth in the playing XI in the T20I series against South Africa but a sense of anticipation and thrill over his impending international debut is already being felt across the country.

Even the legendary Sunil Gavaskar couldn’t hide his feelings.

“The last time I got really excited at seeing an Indian player was Sachin Tendulkar. And after that I am excited to see Umran Malik. I do believe he should play,” the former India captain said during the just-concluded series.

Gavaskar’s wishes didn’t come true at home but the forthcoming series in Ireland and England could provide the young fast bowler with a breakthrough.

By consistently breaching the 150kmph hurdle and picking wickets in the IPL, Umran, 22, has strengthened calls for his inclusion in the team. But the Rahul Dravid-led team management seems in no mood to rush him into an uncertain territory. Instead, the head coach has given him time to get accustomed to the dressing room atmosphere and iron out the loose ends.

“I am someone who likes consistency and give people time to settle in,” Dravid had said of Umran’s chances before the T20I series.

Dravid knows it’s not always pace that will trouble the batters in the international circuit. Discipline and control are of immense importance and considered ideal elements for success. He understands Umran is “exciting and bowls quick” and could be more useful in the longer format.

Umran is not part of the rescheduled Test in England but Dravid has a long-term plan in mind. He wants the express pacer to mature and the clarity in his mind will help him deliver at his best. A lot of care has to be taken towards his fitness and longevity, too. Even if he doesn’t click, he has to be persisted with since Umran is a rare breed.

“There’s lot of talk, but who is playing in place of Umran? Avesh Khan… Someone who has played earlier for the country and done well. So Dravid has done the right thing by opting for continuity. Avesh has bowled well in all stages of the game. Even Harshal Patel has been in good form. So I don’t see anything wrong in holding him back,” Prasad told The Telegraph.

“Agreed, Umran has done well in the IPL. But he has to wait and his chance will come... Everyone should get a fair run and Dravid has been doing the right thing.”

Youngsters having to wait for their chance is nothing new. As captain Sourav Ganguly always believed, getting used to the team environment is crucial for any player before plying his trade. Even Mahendra Singh Dhoni was made to wait before his debut in Chittagong in December 2004.

Former captain and chief selector Dilip Vengsarkar thinks delaying Umran’s debut could even be part of a “strategy”.

“It’s not fair for me to comment since I’m not part of the team management. Not playing Umran immediately could be part of team strategy. You never know... May be they are waiting to unleash him at the right opportunity,” Vengsarkar told The Telegraph.

The upcoming series in Ireland and England could throw light on whether Umran will be on the flight to Australia for the T20 World Cup. Even if he fails to achieve this goal, Dravid obviously has his focus on long-term plans.