Plane’s 'sorties’ over Headingley leave a trail of security questions 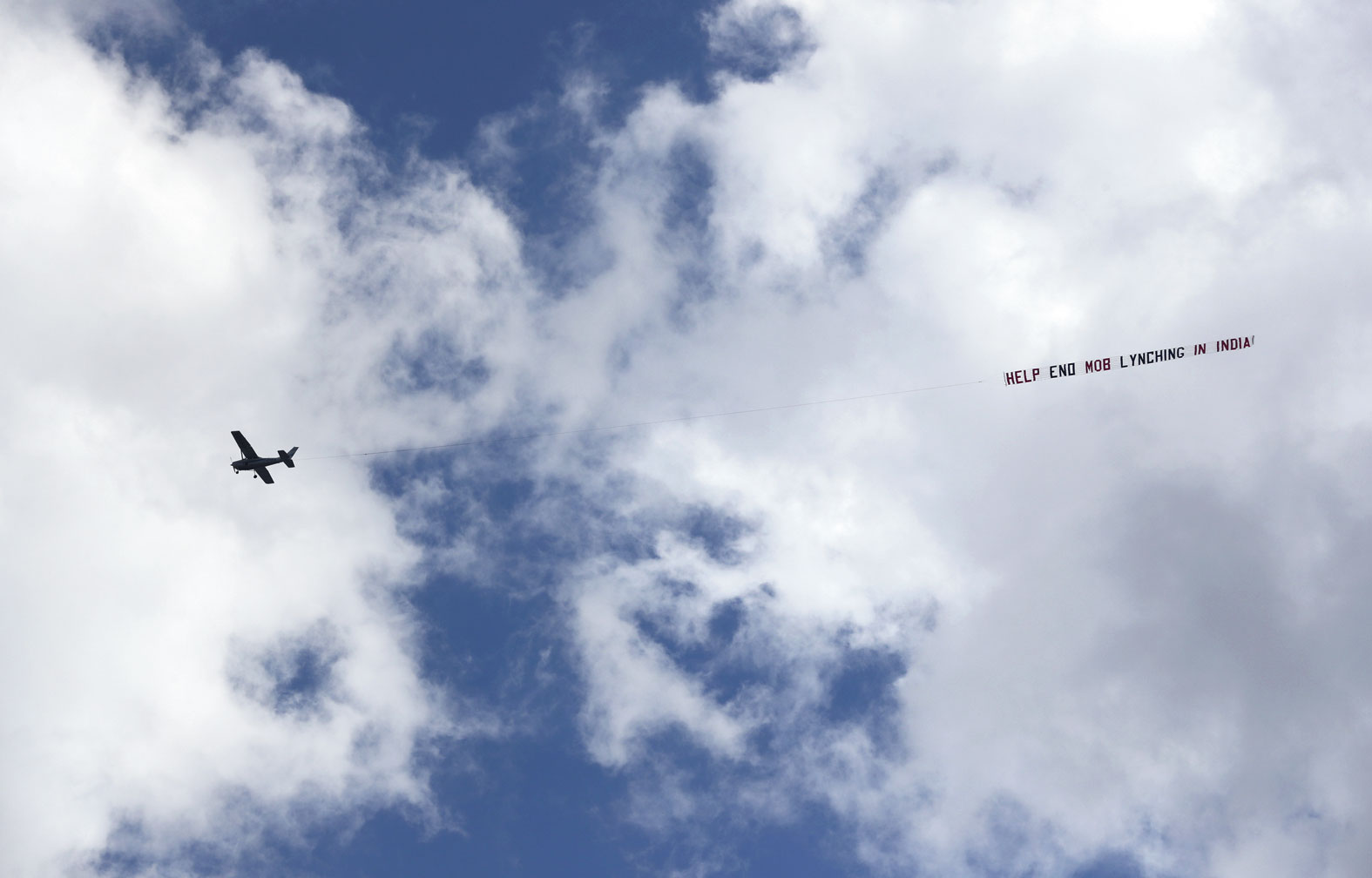 In a major security breach, requiring immediate attention by New Delhi and London, a small aircraft flew over Headingley thrice on Saturday, trailing a banner with messages which were far from complimentary towards India.

According to a well-placed source of The Telegraph, the International Cricket Council (ICC)’s request for a “no-fly zone” over the historic ground was not acted upon by the relevant authorities.

That alone calls for an inquiry as the aircraft could have been deliberately crashed — in a repeat of 9/11 — or something harmful dropped either on the field of play or over the stands.

This, after all, is an era of terrorism and the hosts have themselves suffered acts of terror which have taken lives.

The aircraft first overflew Headingley in the third over of the Sri Lanka innings. The banner then read: ‘JUSTICE FOR KASHMIR’.

Next the aircraft appeared in the 17th over and the banner was even more damning: ‘INDIA STOP GENOCIDE & FREE KASHMIR’.

That, of course, wasn’t enough.

In the latter half of the India innings, the aircraft again emerged out of the horizon, this time the banner screamed: ‘HELP END MOB LYNCHING IN INDIA’.

Clearly, the West Yorkshire Police have plenty of answering to do.

As for the ICC, a spokesman said: “We aren’t a civil aviation body nor are we from the police. We’ve done what is in our hands.”

Read between the lines and it’s a sharp indictment of the concerned authorities.

Did the aircraft take off from a commercial airport or a private airstrip? Who owns it? Who hired it?

There are so many questions needing answers and it’s beyond the Board of Control for Cricket in India to seek them.

New Delhi has to take it up with London as the India team was playing.

After the first two ‘sorties’ by the aircraft, the ICC had emailed a statement: “We are incredibly disappointed this happened again (first time was the Pakistan vs Afghanistan match, which saw an anti-Islamabad banner)...

“We do not condone any sort of political messages...

“Throughout, we have worked with local police forces around the country to prevent that type of protest occurring...

“After the previous incident, we were assured by the West Yorkshire Police there would not be a repeat, so we are very dissatisfied it has happened again.”

Surely, the ICC needs to take it further than simply being “dissatisfied.”