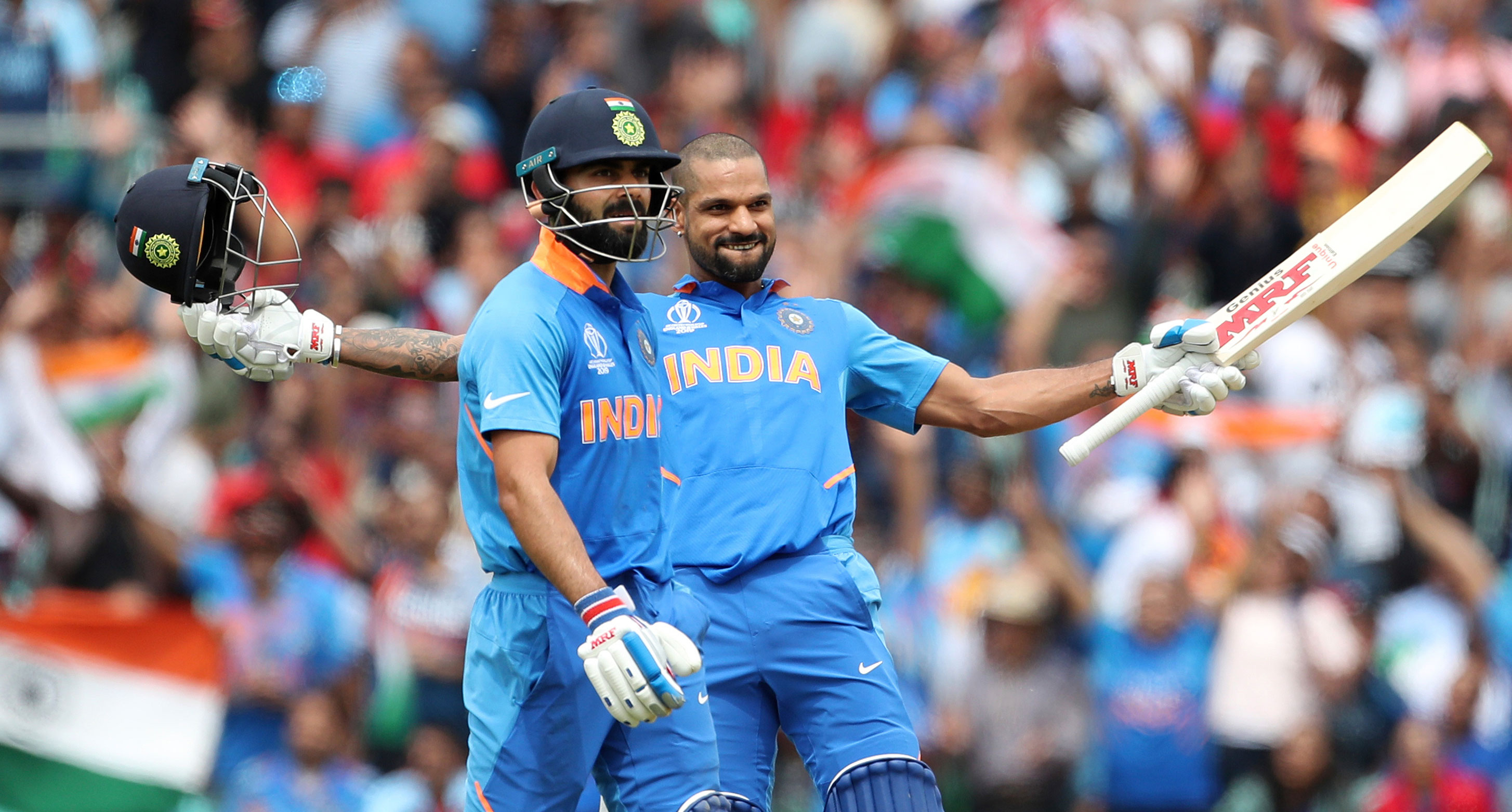 For much of Sunday, The Oval represented a slice out of India. If the carnage unleashed by the Indian batsmen wasn’t enough, the Tricolour-waving fans in traditional blue jerseys left the Australians in awe.

Their wild celebrations were dampened to an extent by a resolute effort from David Warner, Steve Smith and Usman Khawaja, but once Jasprit Bumrah and Bhuvneshwar Kumar provided the breakthroughs, they were back to their raucous best. Shikhar Dhawan and Virat Kohli’s inspired and flamboyant batting had kept them in high spirits in the morning session.

The target of 353 was always going to be stiff considering that a clatter of wickets always invites pressure and the defending champions didn’t prove otherwise. The 36-run victory was achieved in a clinical fashion as Australia tasted their first loss in the tournament.

Champion teams never shy away from challenges. These are early days, but the Indians are proving that they are the stuff of champions.

The Australians were certainly not as savage in attack as the Indians, but it was controlled and calculative batting that had kept them in the chase till the final 10 overs. Steve Smith and David Warner’s integration has added the spark that was missing for a year in their ranks. The two added 72 off 74 balls though Warner was lucky to have survived after his nick off Bumrah touched the base of the leg stump but the bails remained intact early in the innings.

Both Warner and Smith were restrained in the face of some disciplined Indian bowling. The Indians certainly used the cloudy and windy conditions effectively during the second session.

Scoring wasn’t easy and the batsmen had to rely mainly on nudges and the occasional boundary. The unfortunate run out of Aaron Finch had no effect as Warner and Smith used their experience in deflating the attack. But once Warner’s attacking instincts caused his downfall for 56 and Smith walked away after being ruled leg before, without waiting for the TV umpire’s verdict after witnessing the replays, it was almost curtains for them.

Smith made 61 off 70 balls. Khawaja did provide some resistance in between during his 42 but an over-ambitious attempt caused his downfall.

If Bumrah’s disciplined and probing line always remained a threat and Bhuvi’s clever use of the conditions provided the death knell for the Australians, Dhawan and Virat’s batting remained the talking point.

The Australians’ bowling dithered from the ordinary to below average as they crumbled under some scintillating strokeplay from Dhawan first, followed by equally impressive innings from Virat and Hardik Pandya. The finishing touches were provided by Mahendra Singh Dhoni, who compiled a quickfire 27 off 14 balls, as India justified the decision to bat first.

Besides Dhawan and Kohli’s batting, the other talking point remained Dhoni’s new pair of keeping gloves without the Army insignia and Vijay Mallya’s presence at the ground. But nothing could overshadow India’s brutal attack.

Dhawan has always shown the passion and drive to excel in ICC tournaments. He was India’s top scorer in the 2013 and 2017 Champions Trophy and the 2015 World Cup. With 117 off 109 balls, Dhawan has made his intentions clear this time too.

Dhawan dictated the terms, was never bothered by the pace or bounce of the wicket, while allowing Rohit the space to settle down. When there’s hardly any lateral movement on offer, he’s always a master of the situation.

After intial caution, the left-hander just plundered runs at will — the short arm jab square of the wicket, the scoop over the wicketkeeper and the controlled slice over the infield. The momentum was set with three consecutive boundaries in the eighth over of the innings.

India managed to put together 116 runs in the last 10 overs, courtesy Pandya and Dhoni. The India captain and Pandya added 81 off 55 balls with the latter contributing 48 off 27 balls.

That late flourish sealed it in the end.