Even the best struggle: Ishan Kishan

The 23-year-old was acquired for Rs 15.25 crore at the IPL mega-auction earlier this year 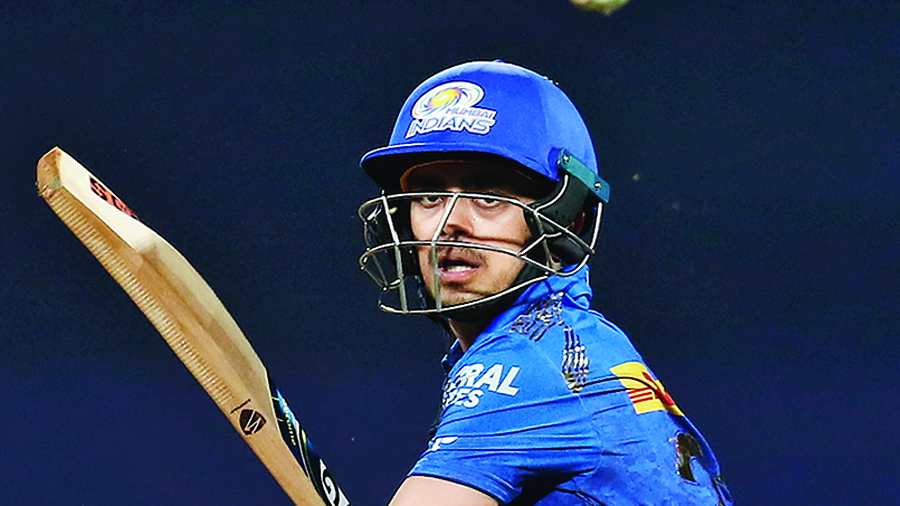 Mumbai Indians wicketkeeper-batter Ishan Kishan, the most expensive player in this IPL, has shrugged off his indifferent form, saying even the best of cricketers “struggle” at some point.

The 23-year-old was acquired for Rs 15.25 crore at the IPL mega-auction earlier this year. He has scored 370 runs from 13 matches at an average of 30.83, with the help of three half-centuries.

“Even the biggest of players (can struggle), I have seen the likes of Chris Gayle taking time (to start hitting),” Kishan said at the post-match news conference after Mumbai Indians lost by three runs to Sunrisers Hyderabad on Tuesday night.

“Every day is a new day, every match is new. Some day, you get a good start, some day, opposition bowlers come prepared and they bowl the balls at good areas. The planning inside the dressing room may be different from what the outside people want.”

He said his role was not about hitting straightaway without analysing the situation of the game.

“In cricket, it can never be sure that you have just one role and I will just go out and hit the ball. If you think about the team, it is more important to understand your role,” Kishan, who scored 43 off 34 balls on Tuesday, said.

“If the opposition bowlers are bowling well you need to give respect to them and if you can save wicket it makes easier for the batters coming later.

“There cannot be just one situation. Some day, you need to go all out when you are chasing a big total, some day, you need to analyse the strength of the opposition team whether they have good bowlers to bowl at the death or not, or whether we have to save wickets or not.”

Kishan also justified the team’s decision to drop Tim David, who was bought for Rs 8.25 crore, after the first two games. David missed the next six matches and since then has scored 139 runs in five matches, averaging just under 50.

“IPL is a big stage and the decisions taken by the management is for the betterment of the team. Nothing personal in it. Unfortunately, he (David) was dropped from the team. But if you look at the other way, he prepared himself to play on Indian wickets. So, being dropped isn’t always bad as it gives the player an opportunity to analyse his game,” Kishan said.