Visitors at 125 for 3 wickets in second innings at the end of Day III, leading by 257 runs 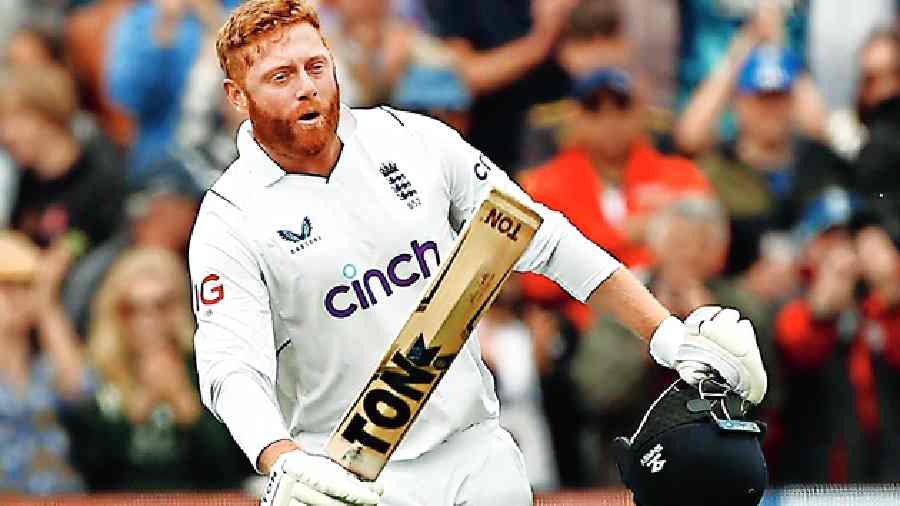 The depth in India’s bowling was a massive factor that had to be taken into consideration by “new England” even though they had smashed New Zealand in their last three Tests.

Resuming on the overnight score of 84 for 5, England brought the ‘Bazball’ (a term coined to describe the way their Test head coach Brendon McCullum used to play by taking the attack to the opposition) into play after around half an hour of Sunday’s morning session in Birmingham with Jonny Bairstow (104) scoring his third century in as many Tests.

Yet, India managed to take a sizeable first innings lead of 132 as England couldn’t proceed beyond 284, thanks to India’s quicks being consistent in maintaining the pressure even when the enterprising seventh-wicket partnership between Bairstow and Sam Billings looked threatening.

The visitors further strengthened their position in the Test, stretching their overall lead to 257 as they reached 125 for 3 in their second innings at stumps on Day III.

In his comeback Test, Cheteshwar Pujara (50 batting) took body blows but kept grinding it out to register an invaluable half-century under the circumstances and also stitched a crucial 50-run stand with first innings centurion Rishabh Pant (30 batting), who continues to look solid.

The odd ball is keeping low as well, which should be a pleasing view for India’s bowlers. It wouldn’t be wrong to say that India are in the driving seat of the Test.

At the start of India’s second essay, Shubman Gill, once again, turned out to be a sitting duck for James Anderson before Stuart Broad removed Hanuma Vihari.

Virat Kohli (20), after firing Bairstow up earlier with some unnecessary sledging, played three cracking off drives but couldn’t survive long. Vicious bounce from a Ben Stokes delivery led to his dismissal behind the wicket.

The performer of the day was certainly Bairstow, who played yet another innings of authority after surviving a scary 20 minutes in the morning when Mohammed Shami bowled a probing spell. His strike rate raced to almost 150, especially after his exchange of words with Kohli.

Playing shots to all parts of the ground, Bairstow departed soon after his 11th Test hundred, trying to play one shot too many with Shami having the last laugh.