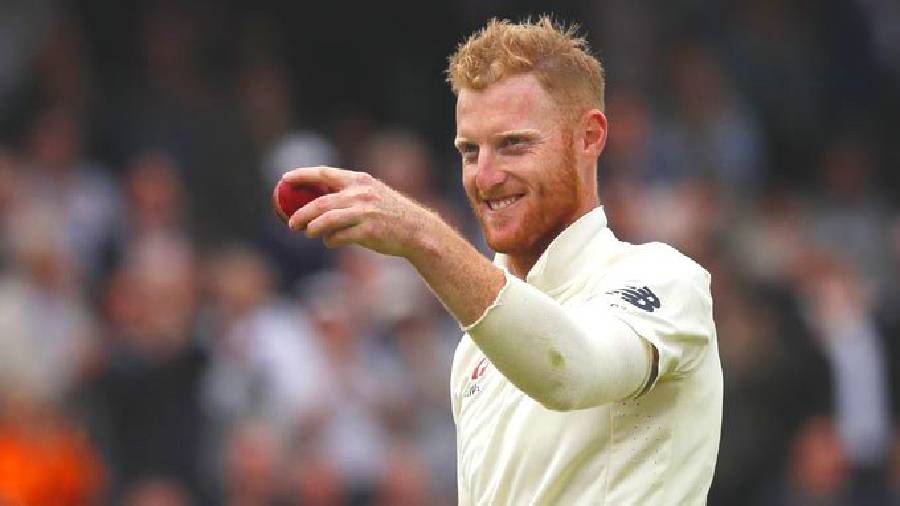 Ben Stokes has his task cut out as he takes up England’s Test captaincy, a job once described as a coconut, not a crown, given the number of people willing to have a shy at it.

For starters, England have to improve their standing in the ICC World Test Championship, where they currently sit in last position with only one win and 18 points from 12 Test matches.

Stokes’s first opportunity to improve on that record, and show what impact his leadership could have, will be in a three-Test series against New Zealand, the country of his birth, in June. That will be quickly followed by a single postponed Test against India in July and then three matches against South Africa.

Former captain Nasser Hussain believes Stokes must learn to trust his own decisions rather than “captain by committee” and should perhaps limit his bowling responsibilities to prevent burnout.

“The point is that Ben is his own man. He’s driven, he’s got a good cricket brain ...,” Hussain wrote in his column in the Daily Mail. “Ben will have to use his gut, and my only advice is that he shouldn’t captain by committee. Sometimes with (Joe) Root there was too much input from those off the field, so he never found a gut feel for tactics.”

Stokes was unveiled as Joe Root’s successor on Thursday with England hoping for a turnaround in their Test fortunes under the all-rounder.

England won just one of their last 17 tests with Root at the helm, a run which included a 4-0 Ashes thrashing in Australia and a 1-0 series defeat in West Indies.

Stokes has battled injuries in recent times and took a break last year to look after his mental health.

Hussain said Rob Key, who was appointed the new managing director of England men’s cricket earlier this month, would have to protect Stokes from burnout.

“Clearly, his workload will need managing. Key has to work out what, in golf terms, are his majors,” added Hussain. “For a team who have won just one out of 17 and are bottom of the World Test Championship, stringing together some victories is the No 1 priority.”

“Whatever happens, if he needs resting — and Stokes will have to be honest with Key and the selectors — then England should pay attention.

“There is no point bowling himself into the ground, which then affects the balance of the team. He should be England’s fifth bowler, no more.”

To do all this, Stokes will have to lead by example. He is widely respected by teammates and opponents alike for his uncompromising approach to the game, and it is an attitude that England would hope the others follow.

Former captain Mike Atherton, now cricket correspondent for The Times, wrote: “Stokes was, in many respects, the perfect vice-captain and a leader in the dressing room without the armband. Needs must, though: we imagine as captain he will bring some of the qualities this England team are sorely in need of. When Ashley Giles admitted in Sydney during the Ashes that ‘performance has almost been the last thing we’ve had to think about’, you knew something had gone badly awry. A return to the first principles of picking the strongest side and playing to win right now, rather than sometime in the future, would be welcome.”