Akash Deep ends the day with figures of 4/43, as Gujarat are reduced to 169/7 at stumps 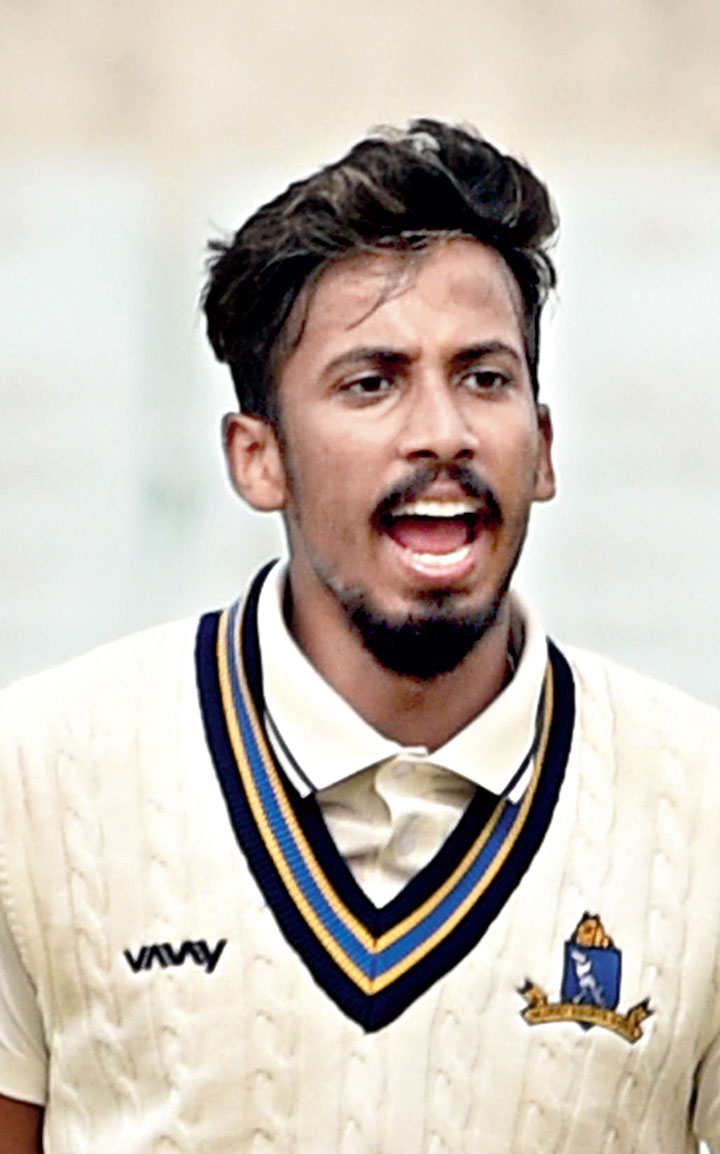 Akash Deep went against his late father’s wishes and kept following his passion, which is cricket.

His decision appears to be correct at least for the time being, as the Bengal team management is already quite pleased with his efforts so far.

Taking 3/36 in his Ranji Trophy debut in Bengal’s previous game against Andhra, Akash followed up with better figures of 4/43, as Gujarat were reduced to 169/7 before stumps were drawn early once again due to bad light, on the penultimate day of this Elite Group A clash at Eden Gardens.

If not for the three stoppages that happened during the day due to insufficient light, Akash certainly would have had a huge opportunity to register outstanding figures. But as of now, he will have to wait till Monday morning for his maiden five-wicket haul in first-class cricket.

Despite overcast conditions, overnight batsmen Priyank Panchal and Samit Gohil kept Bengal bowlers at bay for more than an hour. And just when the hosts needed it, Akash gave them the breakthrough with a sharp in-cutter that went through the defences of Gohil.

Fading light forced players out immediately after the dismissal. But soon after resumption, Akash struck again in the same over when he got another one to cut back in and clean up Panchal.

On the other hand, Ishan Porel, who appears to be in rhythm before leaving for the India A tour of New Zealand, got the required movement to remove both captain Parthiv Patel and Bhargav Merai in quick succession.

Akash worked up further pace and rattled both Manprit Juneja and Piyush Chawla that left Gujarat reeling at 120/7. The experienced Rujul Bhatt and Roosh Kalaria then thwarted Bengal with their unbeaten eighth-wicket stand.