After Ranji snub, resurrection of Shivam Dube on home turf 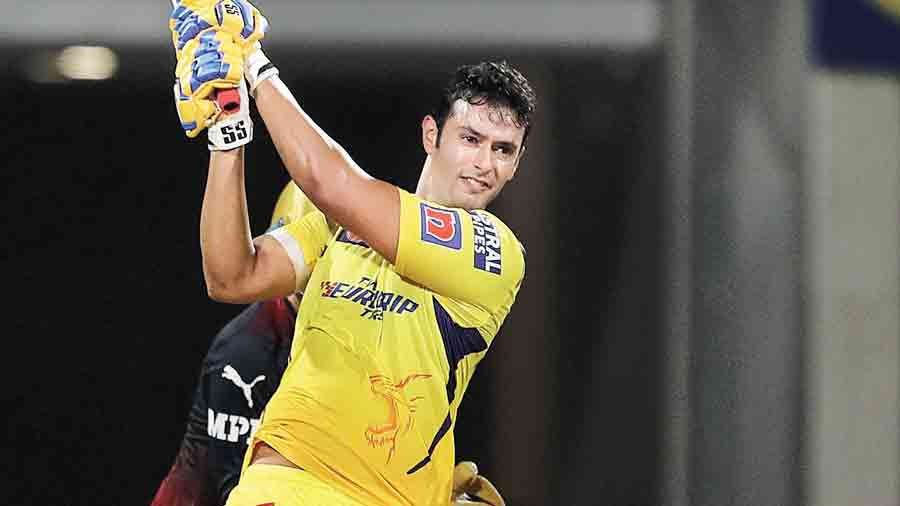 Talk of a cricketer’s transformation and rejuvenation in IPL 2022 and the names that instantly come to mind are of Shivam Dube and Kuldeep Yadav. While the left-arm wrist spinner has excelled with Delhi Capitals, Dube has made everyone sit up and take notice with his authoritative batting.

This season the Chennai Super Kings batter is already the second highest run-getter, after Royals’ Jos Buttler, with 207 runs from five matches at an average of 51.75 and strike-rate of 176.92.

On Tuesday, his 95 not out off 46 balls helped the Super Kings log in their first points this season. The 165-run partnership off the last 10 overs with veteran Robin Uthappa will remain the talking point of this IPL.

Promoted in the batting order by the Super Kings, Dube has lived up to expectations with his show of aggression and control. With their top-order failing to click, the 28-year-old left-hander has held the innings together with consistent contributions.

Having got the opportunity to play on his home turf Mumbai, has made his task slightly easier. It seems Dube has come to this tournament with a mission to prove himself.

The events that preceded the IPL weren’t to his liking though. He was dropped from the Mumbai playing XI for all their three matches in the Ranji Trophy and that hurt his ego. While he did find a place in the squad, Prithvi Shaw and Amol Muzumdar, the captain and coach, respectively, preferred Mohit Awasthi and Siddharth Raut in the team.

Though his bowling needs improvement, his current form could bring him into the reckoning for a berth in India’s middle-order. The last of his 13 T20Is had been at Mount Maunganui, New Zealand, in February 2020.

“He had been working very hard in the nets with the Mumbai squad. He looked determined to win his place back with hard work. He is now reaping the benefits in the IPL,” his Mumbai teammate and former international Dhawal Kulkarni told The Telegraph.

“He worked hard on his fitness. His improved fitness showed on the field. He has been timing the ball brilliantly with good hand-eye co-ordination,” Kulkarni remarked.

Comparisons have already begun with Yuvraj Singh because much like the left-handed former India star, Dube uses his long reach to hit sixes against the spinners.

MSK Prasad, the former selection committee chairman, who gave him the break in the national team, has been overwhelmed by his performance.

“He has improved by leaps and bounds. He has got clarity about what is expected of him in this franchise and that has helped. He can now execute his role perfectly,” Prasad said.

“He is established as a batter. If he can bowl two/three overs with discipline, he will have an edge over other players on selection issues. He needs to work on bowling those two/three overs for his own good.”