Classy Dhawan and the clenched fist 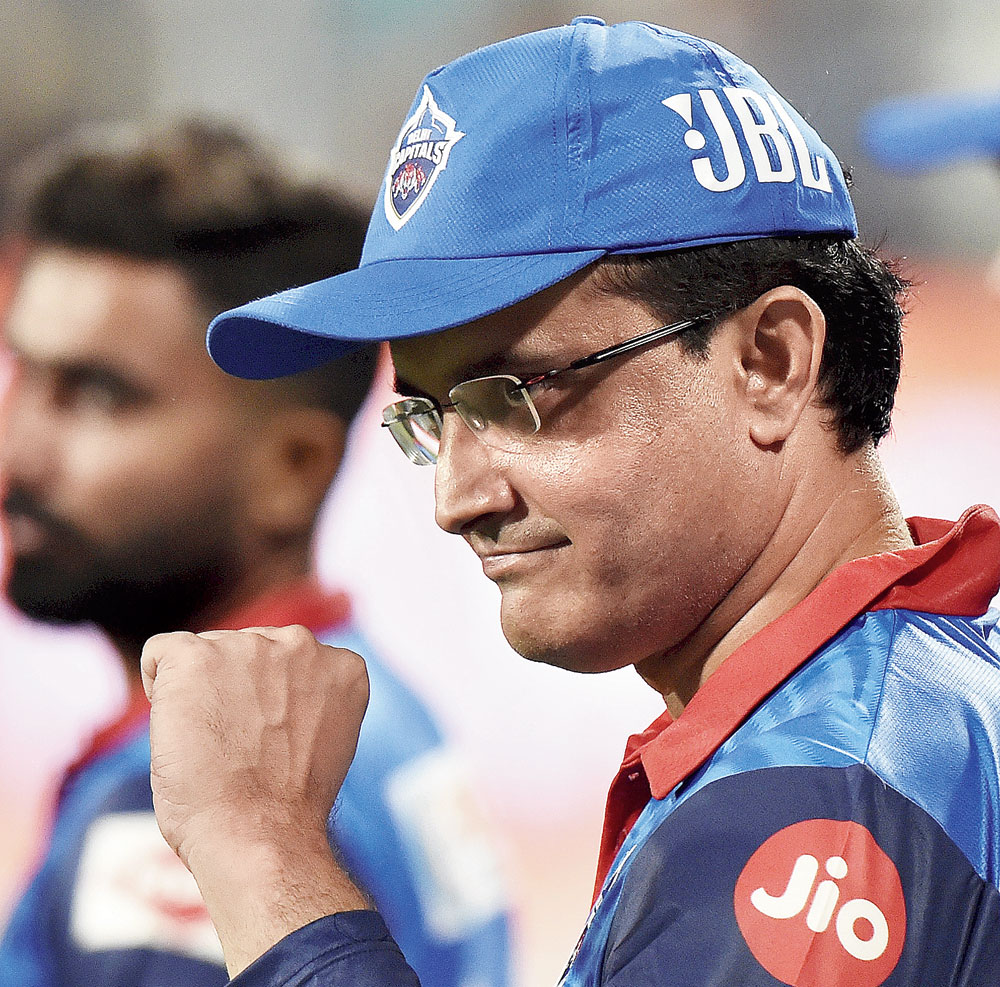 The Eden might be the Kolkata Knight Riders’s ‘home’, but it still ‘belongs’ to one Sourav Ganguly.

That might sound a bit dramatic, but at the end of Friday’s match, one couldn’t help but think on those lines when the former India captain’s clenched fist made quite a statement.

Delhi Capitals won, so did Sourav, their adviser, in some way. His bittersweet relationship with the Knight Riders had another chapter added to it.

The seven-wicket win with seven balls to spare, chasing a target of 179, gave the Delhi Capitals their fourth win of the competition.

For the Knight Riders, it was another disappointment after the humiliating loss against the Chennai Super Kings the other day. And if it is worth mentioning, they again face the mighty Super Kings in their next match.

Add to that Andre Russell leaving the field towards the end of the game with some discomfort in his leg, and you know that Dinesh Karthik’s boys are in for some tough tests.

The Delhi Capitals’s chase was accomplished courtesy two fine knocks from Shikhar Dhawan and Rishabh Pant. While Dhawan remained unbeaten on 97 off 63 balls with 11 boundaries and two sixes, Rishabh made 46 off 31 balls.

The Dhawan-Rishabh partnership, worth 105 runs off 69 balls, took the game decisively away from the Knights. When Rishabh finally fell, in the 18th over, Delhi needed 17 runs more for a well-crafted win. They didn’t falter.

Earlier, the Delhi Capitals had a brisker start as compared to the Knight Riders.

While the home team were 40 for one after the first five overs of their innings, the visitors had raced to 55 for one at the same stage when they batted.

The Knight Riders’s innings was also a tale of two batsmen. A stylish knock from Shubman Gill and the Russell’s unmatched power took the Knight Riders to 178 for seven in 20 overs, even after having a horrible start to their innings.

Russell first. It wasn’t one of his brutally best days, but then, a 50 percent Russell is no less dangerous to the opposition.

Not everything that the Caribbean superstar hit went for a boundary or maximum. But he still managed to clobber three fours and four sixes on the way to 45 off 21 balls.

He was dismissed in the 19th over, otherwise the Knight Riders perhaps could added a few more runs to their total. And how precious could those runs have been.

Shubman’s much-spoken about talent was also on display as he defied the crisis in the most controlled way possible to steer his team to relative safety.

The new-look Knight Riders line-up, with as many as three changes, meant they had an untested opening pair in Joe Denly and Shubman. But after being put in to bat by the rival captain, it was a nightmare for the Knight Riders as Englishman Denly was out first ball of the match.

It was a wicket-maiden as well for Ishant.

The time and the manner of the dismissal were good enough to push the Delhi Capitals’s confidence skywards.

But the script didn’t unfold on the expected lines. Shubman, with Robin Uthappa for company, began rewriting it.

Shubman’s sparkling innings of 65 off 39 balls had seven boundaries and two sixes in it. But then, it wasn’t enough. And Sourav must have known it.