BRIEFS: They had started training from March 2 at the MA Chidambaram Stadium 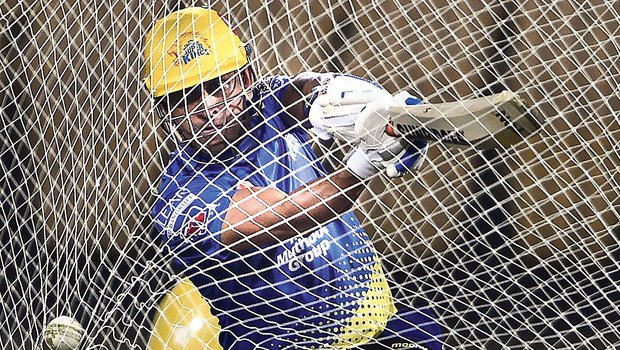 Chennai Super Kings’ practice sessions will stand suspended from Saturday in view of the coronavirus pandemic, it was announced here on Friday. They had started training from March 2 at the MA Chidambaram Stadium with captain Mahendra Singh Dhoni, Suresh Raina and Ambati Rayudu getting down to work.

Lawyers for Brazilian football great Ronaldinho have appealed his pre-trial detention and he will return to court next Tuesday, Paraguayan judicial sources said on Thursday. Ronaldinho’s lawyers insist that the magistrates who ordered the detention “exceeded their functions,” making his jailing illegal.

In what looks to be a favourable draw, India on Friday were pitted against Finland for their away Davis Cup World Group I tie in September. None of Finland’s singles player features in top 100. The winner of the tie, scheduled for September 18-19/19-20, will advance to the Davis Cup Qualifiers.

ATK and Chennaiyin FC will seek a hat-trick of ISL titles here on Saturday when they meet in the sixth edition's final, which will be played without spectators owing to the Covid-19 pandemic.

Though for a different reason, this is the second time that an ISL match will be played in an empty stadium after the league stage game between NorthEast United FC and Bengaluru FC was held behind closed doors in Guwahati in the wake of the protest against the Citizenship Amendment Act in Assam.

This is the first time that these two clubs are meeting each other in the final. Interestingly, neither club has lost an ISL final — a run that will end for one of them on Saturday. In the league stages, ATK defeated Chennaiyin in Chennai before losing to them in Calcutta.

Australia crushed New Zealand by 71 runs in the first ODI in an empty Sydney Cricket Ground on Friday.

After New Zealand restricted the home side to 258 for seven, the Australian bowling attack dismissed the visitors for 187 in the 41st over.