Advertisement
Home / Sports / Cheer on, but give credit where due

Cheer on, but give credit where due 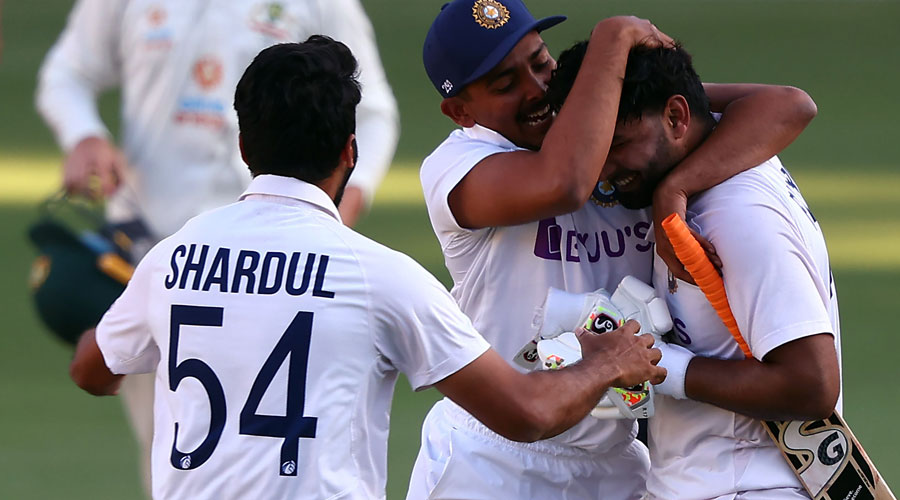 The euphoria is going to linger for quite a while. Maybe at least till the next serious business of trying to win against England. Till then Indian cricket fans will get to hear about how every move that led to the win was planned from the end of the last series in 2018/19 itself.

Everybody and his uncle will take credit for it excepting the man who was the catalyst in the remarkable turnaround, Ajinkya Rahane. After all success has many fathers but failure is an orphan.

Even when Rishabh Pant cracked that off drive for a boundary to seal a stupendous series win, Rahane just stood up with a smile on his face. The others had rushed onto the field to hug Pant and try and lift him on their shoulders. They couldn’t do the latter as the chunky wicketkeeper batsman can easily lift the ball out of the boundary but is not easy to be lifted himself.

There are no dramatics or histrionics with Rahane and that’s how he has always been. Quiet, dignified, low-profile, humble and self-effacing to the extent that being the vice-captain and part of the tour selection committee he accepted being left out of the playing XI for the first two Test matches in South Africa. India lost both those games and then on a treacherous pitch at Johannesburg it was Rahane’s grit and temperament that helped India score vital runs that gave them a win. Rahane’s dignity shone through the series and was heart-warming indeed.

There’s absolutely nothing wrong in telling human interest stories of how the newcomers in the team struggled at the start of their cricketing journey for those stories are inspirational and tell that hard work and self-belief can get you far. Yes, luck is needed too but without the hard yards no amount of luck can help.

The more the youngsters read such stories the more chances of more players coming from areas where there were no stars or role models to inspire them. Indian cricket is not an elitist sport. The IPL has ensured that even the smallest village in the country can produce tomorrow’s star.

The BCCI’s role in nurturing and unearthing talent has been incredible. No other country has the kind of junior cricket events that Indian cricket has. There are various age group tournaments in different cities that throw up talent which then gets bound together as an Under-19 unit. Then they play the ‘A’ tournaments with the ‘A’ teams of other countries in those countries as well as at home. There is also the emerging players’ tournament which gives the players invaluable experience and the confidence to be ready for international challenges.

Of course not everybody succeeds. That’s impossible in sport but the fact that they are not overawed is entirely due to these programmes by the BCCI. This hardly gets spoken about even as individuals hired by BCCI get the credit. Deservedly so and maybe the BCCI should think of hiring a PR agency to highlight all the good work it does at various levels so that the image will be a much more positive one than it usually is.

Be that as it may, what the series win has shown is that there’s talent aplenty in the system and there’s more in the pipeline. As has been seen in various walks of life nobody is indispensable. There’s always someone who can do the job even though the method may be different.

The Brisbane Test match showed this more than any other game as ‘net bowlers’ bowled Australia out even as they also batted with courage and common sense to thwart the Aussie pace attack. With that Brisbane performance no player can take his place for granted. The series win showed the old saying ‘Man proposes, God disposes’ to be absolutely spot on.

Yes, the euphoria still lingers. I am over the moon and still in orbit.