The right-handed batsman played nine first-class matches in the 1940s, scoring 277 runs with 68 being his highest 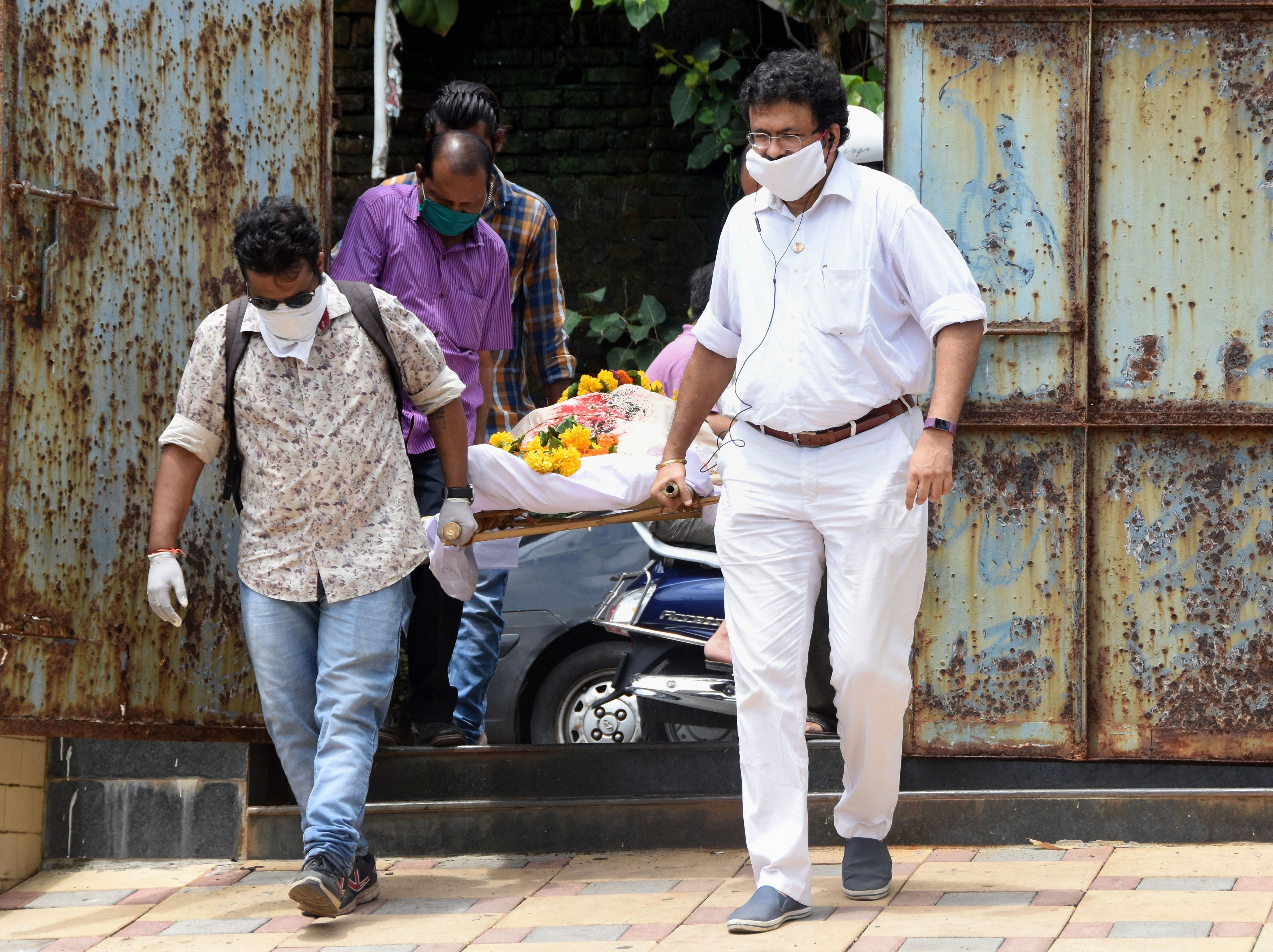 Kins of the oldest living first-class cricketer and historian Vasant Raiji carry his mortal remains as he passes away at his residence, at Malabar Hill in Mumbai on Saturday
(PTI)
PTI   |   Mumbai   |   Published 14.06.20, 03:19 AM

Vasant Raiji, who was India’s oldest first-class cricketer at 100, died here in the wee hours of Saturday.

Raiji is survived by his wife and two daughters. He had turned 100 on January 26 this year.

“He (Raiji) passed away at 2.20am in his sleep at his residence in Walkeshwar in South Mumbai due to old age,” son-in-law Sudarshan Nanavati said.

Raiji, a right-handed batsman, played nine first-class matches in the 1940s, scoring 277 runs with 68 being his highest score. Also a cricket historian and chartered accountant, Raiji made his debut for a Cricket Club of India team that played Central Provinces and Berar in Nagpur in 1939.

His Bombay (now Mumbai) debut happened in 1941 when the team played Western India under the leadership of Vijay Merchant. The match ended in a draw with Bombay securing a first-innings lead. Later in his career, Raiji also played for Baroda.

Sachin Tendulkar and former Australian skipper Steve Waugh had paid a courtesy visit to Raiji at his residence in January when he completed a “century”.

Sachin condoled Raiji’s demise and fondly recollected their meeting six months ago. “I met Shri Vasant Raiji earlier this year to celebrate his 100th birthday. His warmth and passion for playing and watching Cricket was endearing. His passing away saddens my heart. My condolences to his family & friends,” tweeted Sachin.