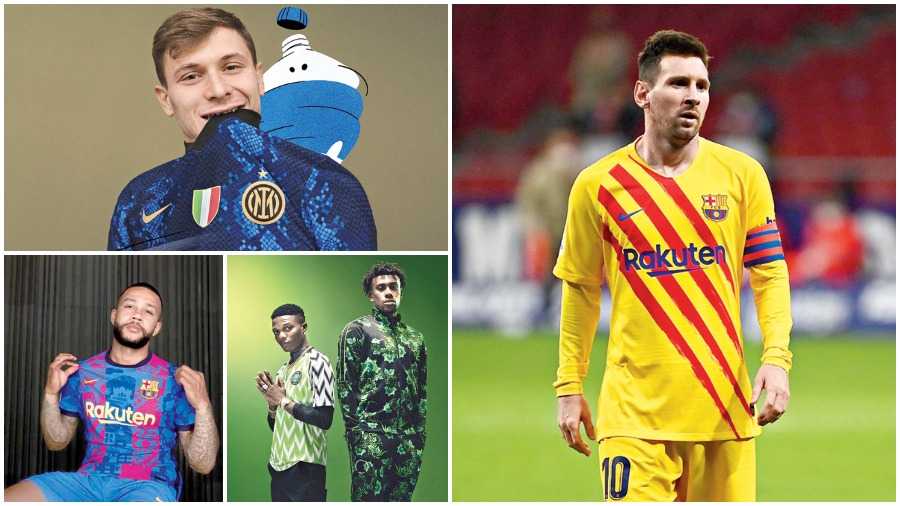 Kits have always been an indispensable cultural tile in the ever-expanding mosaic of footballing fraternities and fan bases. Often as a statement, a tribute or commemoration, over the years, jerseys have lent a significant identity to the national football teams or clubs around the world. It’s been an era of outrageous designs, contrasted faux pas, historic blunders, artistic frenzy and mad scrambles over getting a hand on a team jersey. Riotous experimentation with colours, shapes, material and designs have given birth to a number of iconic kits that define a craft and style of their own. Here are a few of the most iconic kits teams have sported over the last few years: 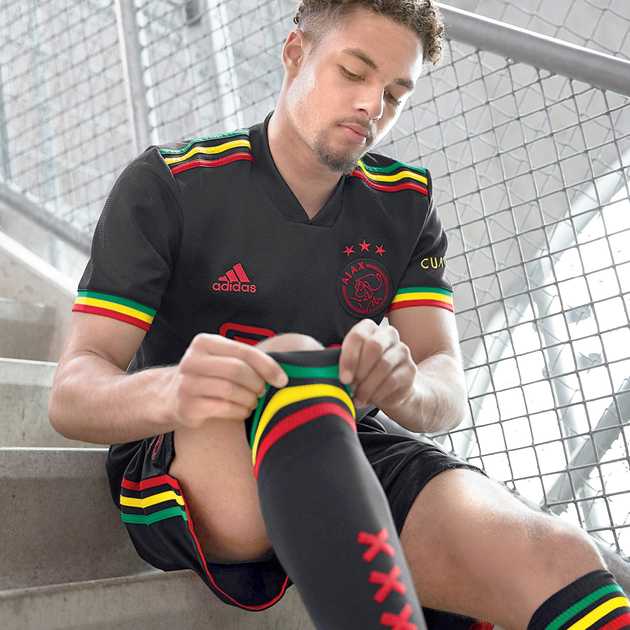 Just preceding the start of the ongoing 21-22 season, Ajax released their special third kit as a tribute to the legacy of Bob Marley. Going with a base colour of black, the kit sports the Rastafarian trim of red, yellow and green. On Adidas’s original kit in collaboration with the Marley family, the jersey has three little birds of same trifecta of colours stitched on the back as a homage to Marley’s iconic track, Three Little Birds. Following a match in 2008, the reggae track was adopted by the fans as their unofficial anthem, which they sing aloud at every home match. A fitting tribute to Marley, the jersey echoes his words “football is freedom” with its expressive yet economic balance of design. Recently UEFA have asked the club to remove the three birds on the back owing to its kit regulations. However, as the devoted fans hail, this kit is here to stay. 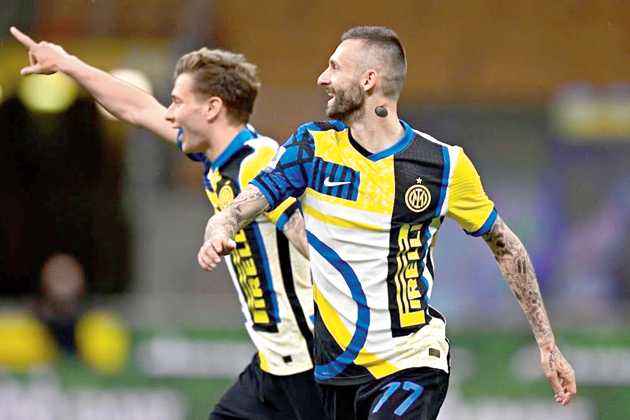 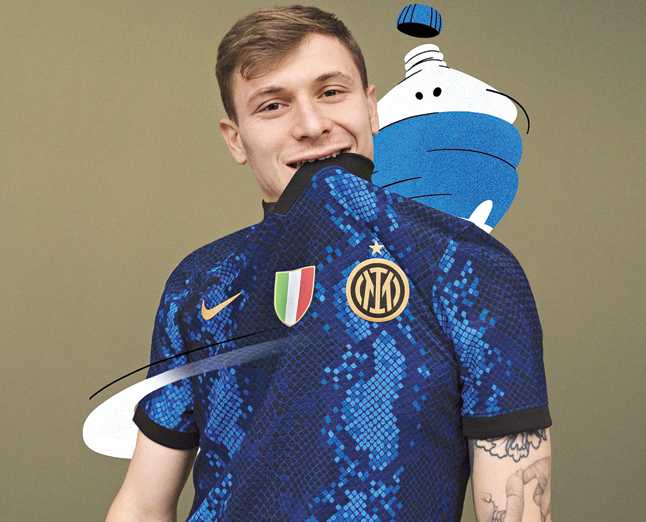 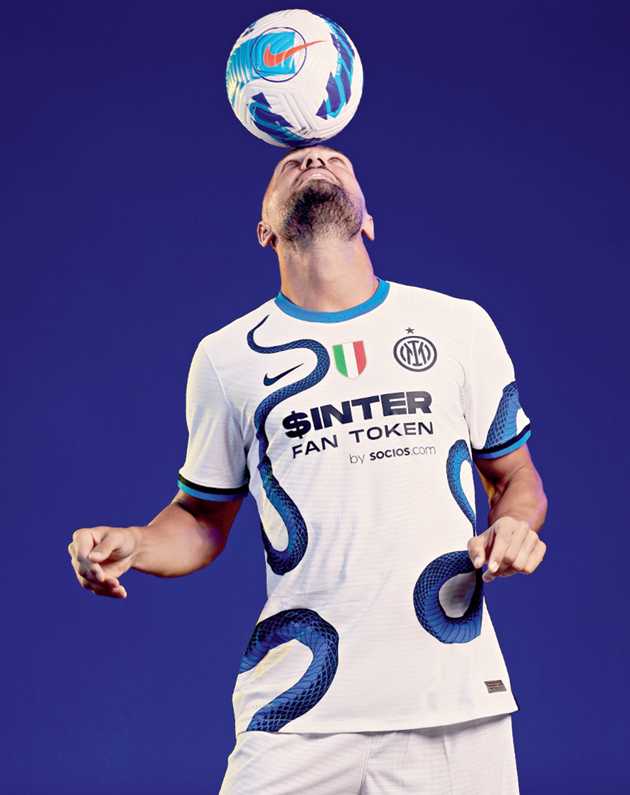 Danilo D’Ambrosio in the Inter 21-22 Away kit

Speaking of iconic kits, Inter Milan have established themselves as seasoned regulars on this realm. The 20-21 fourth kit saw Inter release a strip, teaming with Nike, which can only be called a vibrant geometric outburst, inspired by Giorgio Muggiani, one of the club’s founders and a futurist artist. The strip sought to pay homage to the inclusiveness of Milan, while championing the cause of progressive shifts in football. There is a certain boldness to the strip, making it stand out indubitably in a memorable season for the Nerazzuris.

The 21-22 Snake Kits is a bold refashioning of the blue and black stripes. Inter debuted their home snakeskin jersey this season, following it with the away jersey: a white base with a graphic slithering snake. Not unexpected of Inter. Toying with the reptilian motif, the club established this as a commemoration of the Biscione dragon serpent (standing as an icon of the city of Milan), which last appeared on the 10-11 away strip. Lending a scaly look to the home jersey and an unimaginably cool graphic pattern to the second kit, Inter have once again upped their boldness quotient with the new kits this season. The dazzle never fades. 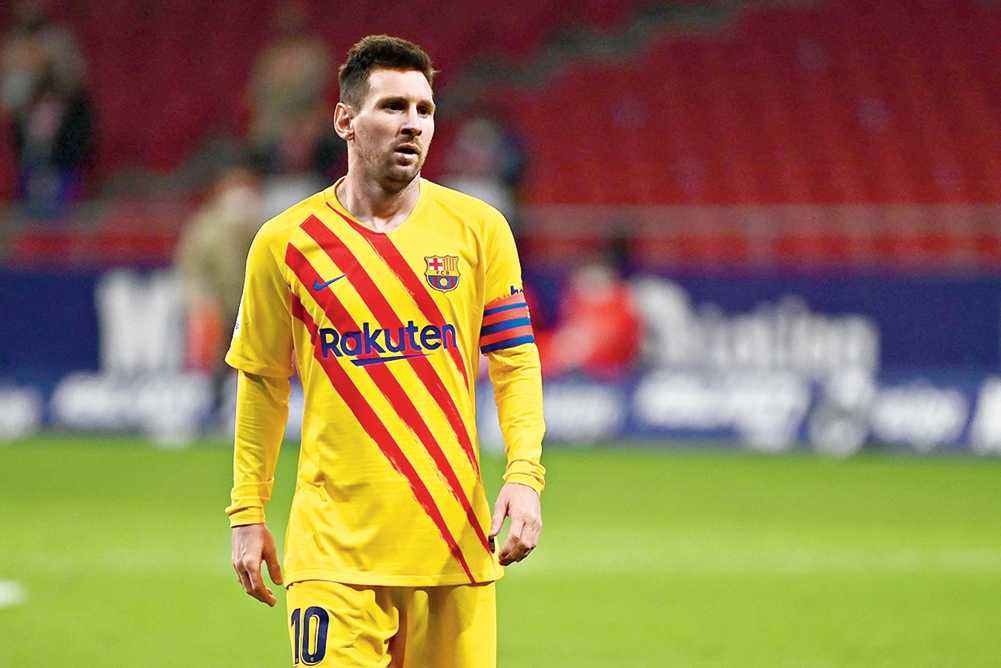 The Catalonian identity has always defined the essence of FC Barcelona as a club. And Nike has seldom failed to deliver. Besides the blaugrana hues, the club has come up with a number of kits which seek to tribute the Catalonia, striving for its independence. The 2019-2020 fourth kit in honour of their club roots and history, commemorating 120 years, saw the team sport a kit predominantly yellow, with four red stripes running diagonally on the front, featuring the Senyera Catalan colours. With its tag line, ‘Ho Portem Dins’ (It’s deep within us), the kit sought to stand for the deep-rooted values of the club while balancing the bravely aesthetic side to it. 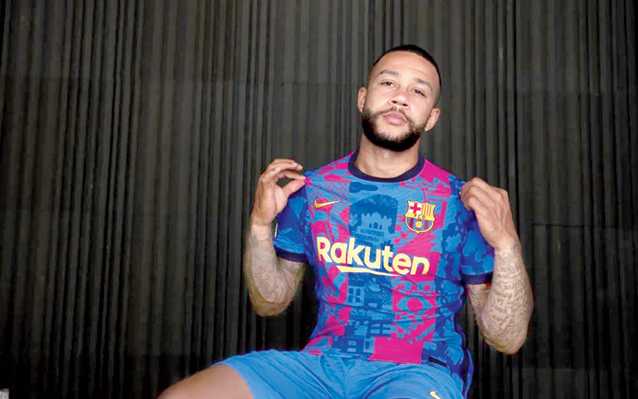 The 21-22 UCL jersey, Barcelona’s third kit, paints a ‘creative reinterpretation of the traditional blaugrana stripes’, focusing on the relation between the club and the city as reimagined by young local artists. The neon tones reflect five Barcelona neighbourhoods in an abstract fusion of designs — as a fitting tribute to the architecture of the city and Antoni Gaudi. Under the tag line of ‘Created by Barcelona’, the kit seeks to blend local artistry with the indigenous aspects of the city of Barcelona. With the likes of Memphis Depay and Frenkie de Jong flaunting it on its release, the oomph could hardly be not talked about. 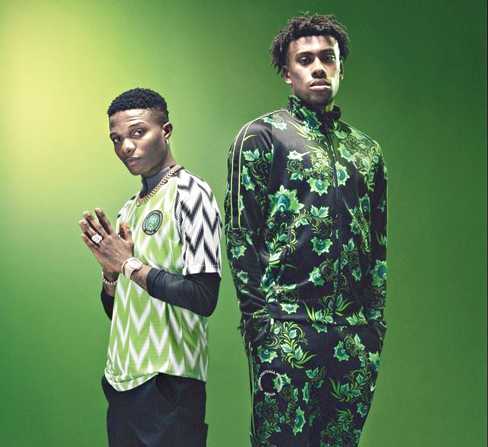 Leave it to the Nigerians when it comes to the glitz and the statement. One of the most iconic kits produced by Nike in recent times, the jersey saw queues outside its flagship store and pre-orders clocking millions following its reveal. Arresting the attention and fairly so, the 2018 Nigerian National Kit sported a captivating jagged feathered pattern, seeking to resemble the team’s mascot Super Eagles, in a measured play of the fresh lime green and white, as a tribute to their 1994 kit. The super hype around the jersey continues till date, with the jersey becoming a testament to the unapologetic festive fashion in football. Accompanying the primary kit, a number of variant tracksuits were released, which added to the majesty of the range. Growing into a statement of casual streetwear after the 2018 World Cup, the kit certainly got everything right to the thread. 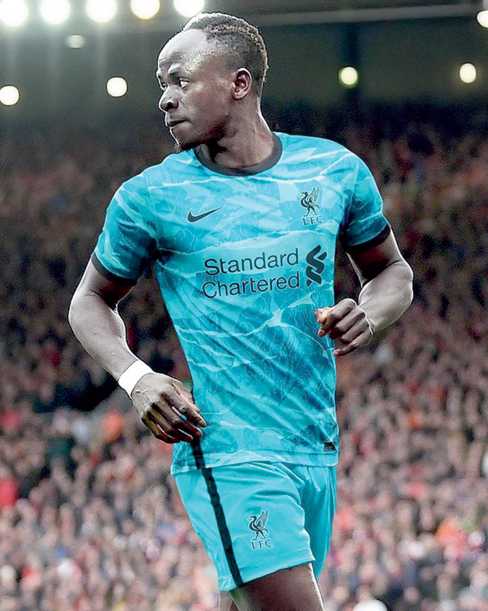 Sadio Mané in the Liverpool 20-21 Away kit

As the Merseyside giants, in collaboration with Nike, released their 20-21 teal away jersey standing as a glaring contrast to the intimidating scarlet hue of Anfield, social media exploded. However, the striking composition of the jersey sporting a ‘hyper turquoise’ shade, was a tribute palette to the rich musical heritage of the city, fusing the traditional and the modern. The floral motifs including the thistle, the liver bird and the

St. Andrews Cross were inspired by elements of the iconic Shankly Gates. Pool fans had little to complain about as the team walked in, flaunting the teal, with heads full of dreams and a title to defend.