Bhuvi ruled out of one-day series 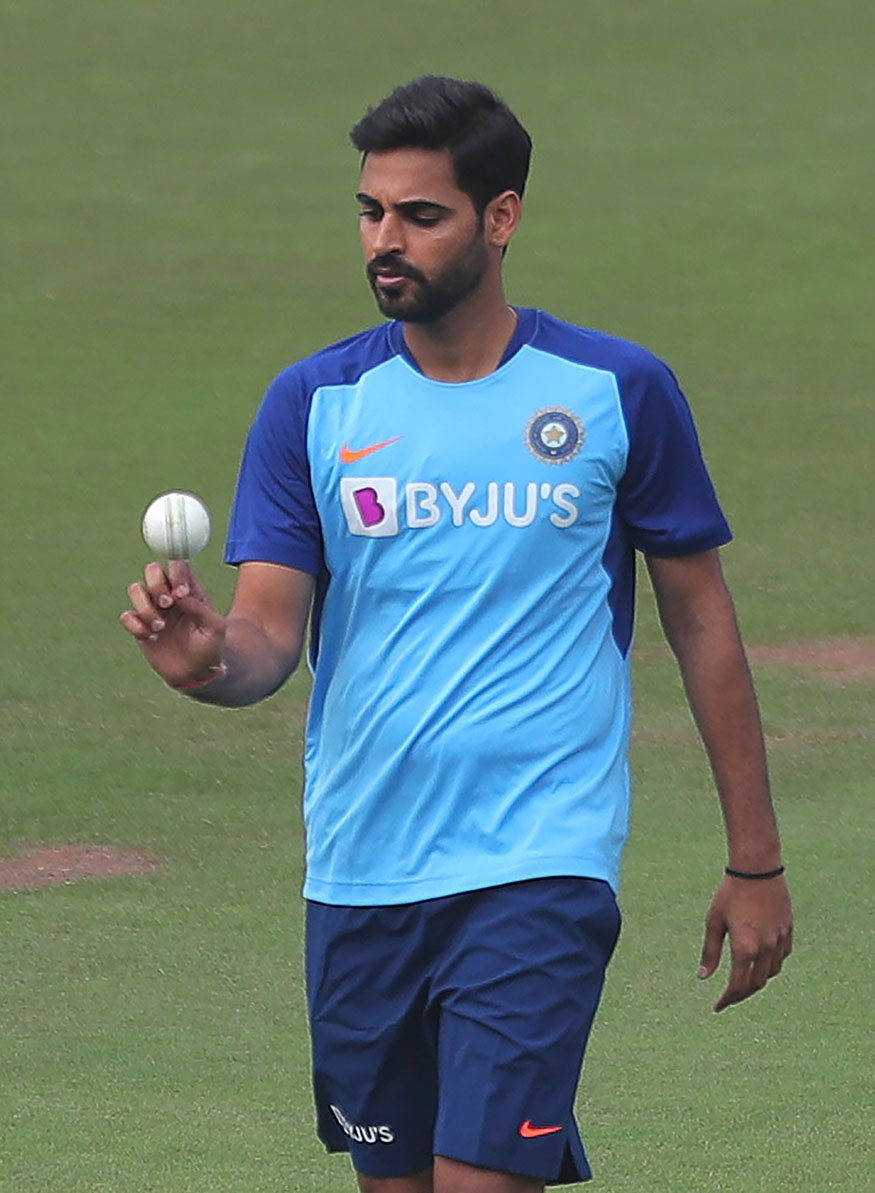 Bhuvneshwar Kumar has been ruled out of India’s three-match one-day series against the West Indies, starting in Chennai on Sunday. The pacer, who has complained of pain, apparently injured himself during the deciding T20I at the Wankhede on Wednesday.

Bhuvneshwar wasn’t present during Friday’s training session at the MA Chidambaram Stadium with bowling coach Bharat Arun stating that the swing bowler was being assessed.

“The physios are taking a call. They would give a press release later in the evening after the assessments,” Arun said, without revealing the nature of the injury.

There was, however, no communication from the Board of Control for Cricket in India or the team management.

According to sources, Bhuvneshwar has a groin injury. Shardul Thakur is likely to replace Bhuvneshwar.

The development has come as yet another setback for Bhuvneshwar, for whom injuries have become a regular feature of his career since the match-winning performance in the Johannesburg Test of 2018.

During the World Cup, Bhuvneshwar had to limp out of the contest against Pakistan in Manchester with a hamstring strain after bowling just 2.4 overs. He did come back in the semi-finals, but then missed the home series against South Africa and Bangladesh recently because of what the selectors had called a niggle.

The 29-year-old played all three T20Is against the West Indies upon return to fitness, claiming two wickets in Mumbai after wicketless games in Hyderabad and Thiruvananthapuram.

Bhuvneshwar becomes the second player after Shikhar Dhawan to miss out the series against the West Indies.

Meanwhile, Jasprit Bumrah’s road to recovery has begun. The pace spearhead will bowl during net sessions with the Indian team before the second ODI in Visakhapatnam on Wednesday as part of his rehabilitation programme after recovering from a back injury.

Bumrah has been out since the start of the home series against South Africa due to a stress fracture but has made a steady recovery. The team management is expecting him to be fit before the tour of New Zealand early next year.

Bumrah and Hardik Pandya (back surgery) are currently undergoing their rehabilitation at the Bandra Kurla Complex ground.

However, the 26-year-old Bumrah is unlikely to make a comeback during the next white ball series against Sri Lanka and may just play a Ranji Trophy game before leaving for New Zealand.

It is also possible that Bumrah may go to New Zealand with the India A team to play a few games to get into the groove.

Bowling coach Arun strongly feels that Shivam Dube has all the ingredients to become a good all-rounder.

“He (Dube) is an exciting prospect and I think he is gaining in confidence from every game. Even if you look at the way he came back, the way he bowled the first over (in Mumbai) against the West Indies, I think that was creditable. For Virat (Kohli), to show faith in him after the first over and also for him to bowl a good spell after that...

“And I think he is an exciting talent for us. As he gains in confidence, he will become a good all-rounder,” Arun said in Chennai. He also praised seamer Deepak Chahar, who has done well in the recent T20 games.

There is threat of rain over the opening ODI with India’s optional match-eve training session cancelled because of “heavy rain”. It is likely to rain on Saturday too, with forecast of cloudy skies on Sunday.