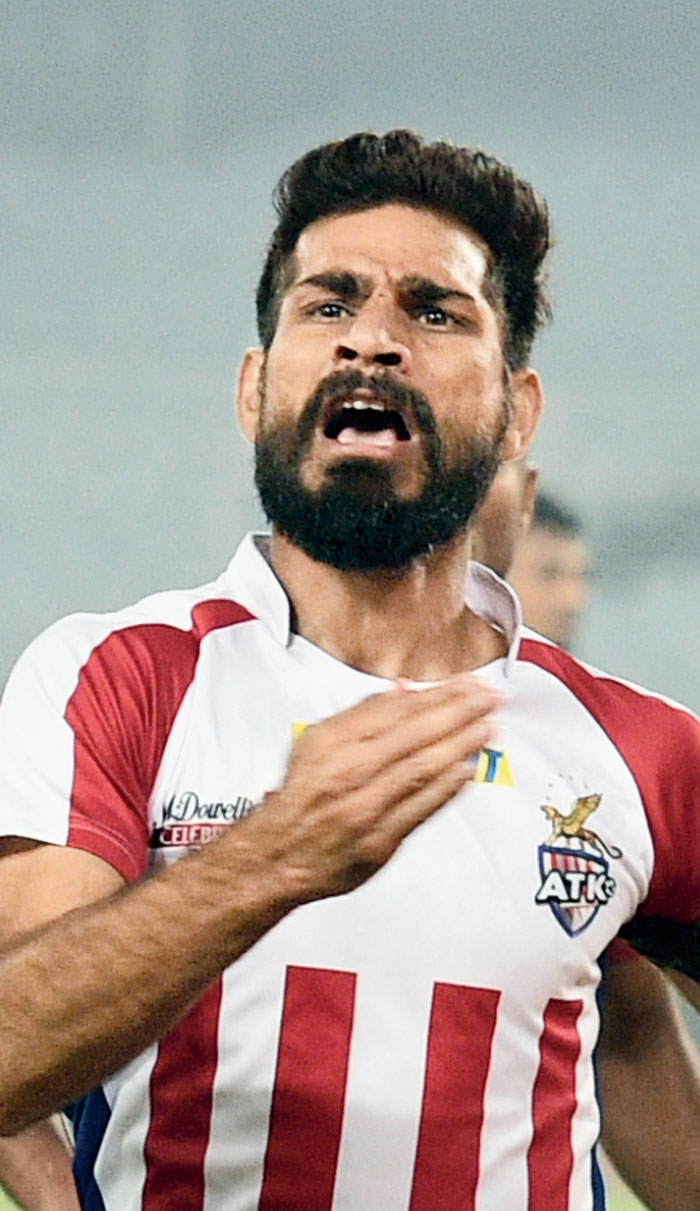 Basketball legend and Oscar winner Kobe Bryant’s tragic death hung heavy on the Indian Super League. On Monday, a minute’s silence was observed before the start of the match between ATK and NorthEast United FC (NUFC) at the Salt Lake Stadium here. Players of both teams wore black bands as well.

In the match, Balwant Singh’s goal in injury time of the second half earned full points for the home side. Coming in as a replacement for Edu Garcia in the 90th minute, Balwant did the job of a super sub four minutes later. This was his first goal of the season.

Javier Hernandez curled in a corner and Balwant nodded that in. That was enough for the home side to seal the deal against NUFC who are placed ninth with 11 points from 12 matches. “I just utilised the opportunity,” the Balwant said after the game.

For ATK, apart from the full points and Balwant’s goal, Edu Garcia’s return to the squad was a huge boost. The Spanish midfielder, who was out with a hamstring injury, made his return to the playing XI after five games and played reasonably well. He controlled the midfield and created a few good chances for the team.

The hosts should have scored in the first half itself. Roy Krishna got the best chance when he received a through pass from Garcia and had only NUFC goalkeeper Subhasish Roy Chowdhury to beat. But Krishna’s grounder was saved by the custodian.

In the dying moments of the first half, NUFC got an opportunity to score. But this time ATK goalkeeper Arindam Bhattacharya saved the hosts. Ninthoinganba Meetai’s curling cross from the right was perfectly nodded towards the goal by Martin Chaves. But ATK goalkeeper fisted the ball away for a corner.