Advertisement
Home / Sports / Bagan have to wait for ACL fate

Bagan have to wait for ACL fate

Despite the draw, ATKB remain at the top of the points table with 40 points from 19 matches 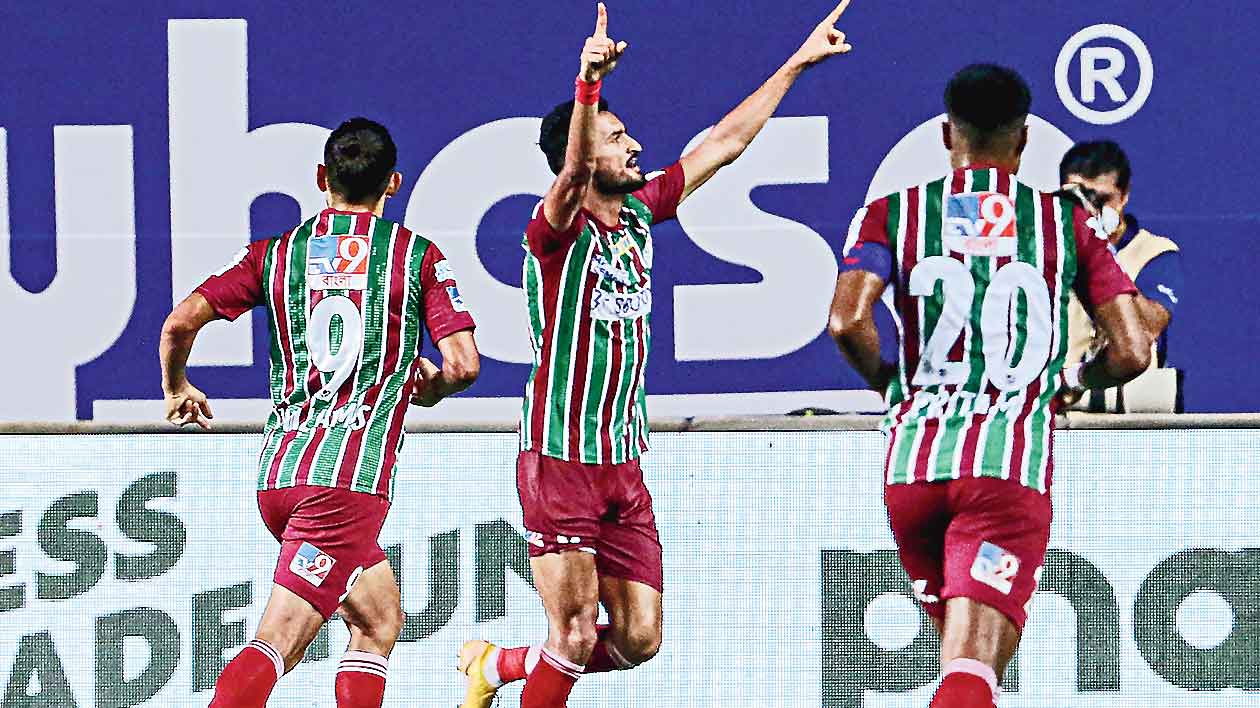 ATK Mohun Bagan came from behind twice to play out a 2-2 draw against 10-man Hyderabad FC (HFC) in an Indian Super League (ISL) match at the Tilak Maidan in Vasco on Monday.

ATK Bagan could have secured the League Winners Shield and an AFC Champions League (ACL) spot had they won the game. If Mumbai FC lose points in their penultimate game against Odisha FC on Wednesday, ATK Bagan would seal the deal anyway, otherwise they would need at least a point from the match against Mumbai FC, which is scheduled to be played on Sunday.

HFC suffered an early blow as Chinglensana Singh was given marching orders in the fifth minute after he pulled down ATK Bagan striker David Williams.

Hyderabad FC drew first blood through Santana. The Spanish striker took full advantage of a miscommunication between ATK Bagan defenders and put the ball home in the eighth minute.

After the change of ends, ATK Bagan showed urgency to score and they didn’t have to wait long. Manvir scored the equaliser just three minutes before the hour mark.

Alberg’s strike helped HFC get a 2-1 lead while Pritam made it 2-2 in the injury time of second half. Jayesh Rane’s cross was saved by HFC custodian Laxmikant Kattimani, but the ball hit Pritam and went in.