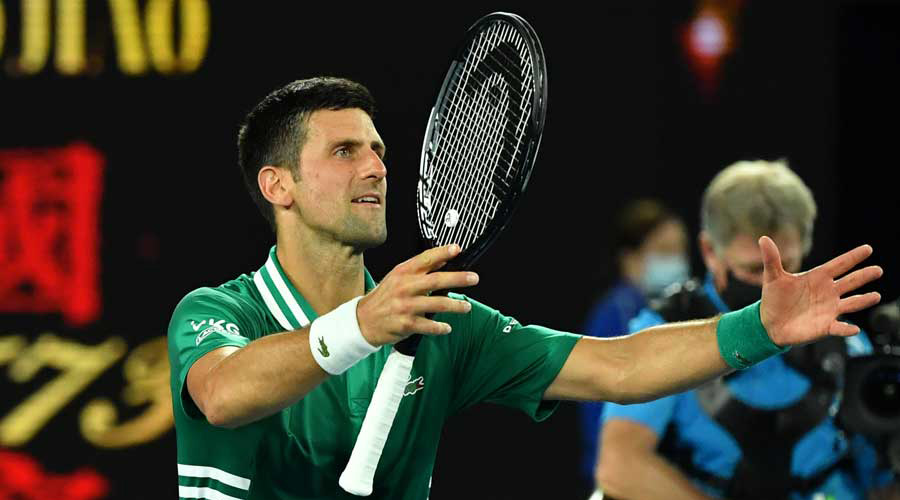 A very different Australian Open comes to a familiar end on Sunday as Novak Djokovic looks to thwart another challenge to his Melbourne Park dynasty from the latest Grand Slam aspirant in Daniil Medvedev.

The tournament has charted a rocky path through the Covid-19 pandemic and a snap five-day lockdown due to a local outbreak robbed it of much of its vitality.

But a comforting sense of normality will pervade Rod Laver Arena when a healthy crowd files in for a final that could mark a shift in the tennis landscape.

Much like the tournament, world No. 1 and defending champion Djokovic has been forced into crisis management at times during his campaign.

Pilloried in the lead-up for petitioning organisers to ease strict quarantine protocols for players, the Serb struggled with an abdominal strain sustained in the third round.

His ability to manage the injury was key in bringing him within one match of a record-extending ninth Australian Open crown but he said he was fighting fit after beating Russian qualifier Aslan Karatsev in the semi-finals.

Victory over fourth seed Medvedev would mean an 18th Grand Slam title for Djokovic, pulling him within two of the record 20 shared by “Big Three” rivals Roger Federer and Rafael Nadal.

While the 33-year-old Djokovic has never lost a final at Melbourne Park, his reign has rarely looked so vulnerable.

But Medvedev is possibly the player he would least like to face. Not for nothing did Djokovic brand him “the man to beat”. The rangy Russian has been a machine since November.

Djokovic was among Medvedev’s victims at the ATP Finals but when the Serb strolls onto his favourite centre court on Sunday, the form-book is unlikely to figure.

With the exception of Thiem’s US Open win last year, the “Big Three” have won all the Slams since 2017.

Advertisement
PROGRESS AT THE OPEN