If he wins a fourth US Open crown, it will put him within one of Nadal and two of Federer in the trio’s battle for the most men’s Grand Slam singles titles in history 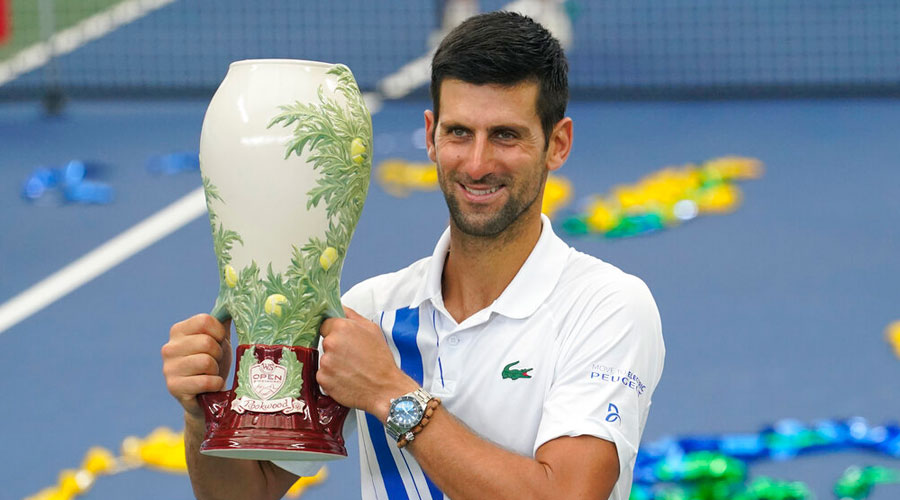 Top seeds in both men’s and women’s competition — Novak Djokovic and Karolina Pliskova — will be seen in action on the first day of the US Open here on Monday.

Pliskova is aiming for her first Grand Slam title, while Djokovic is trying to go level with Rafael Nadal in terms of major wins. He faces Bosnian Damir Dzumhur in the first round. Pliskova will take on Ukraine’s Anhelina Kalinina.

Djokovic has won all 23 of his singles matches in 2020 and claimed the Western and Southern Open title on Saturday. If Djokovic, 33, wins a fourth US Open crown, it will put him within one of Nadal and two of Roger Federer in the trio’s battle for the most men’s Grand Slam singles titles in history.

“I am physically, mentally, emotionally, game-wise at (my) peak and playing some of the best tennis that I have ever played,” the world No. 1 added.

All eyes will also be on Serena Williams, who will once again try to go even with Margaret Court, by winning her 24th Grand Slam singles title.

On the pandemic front, France’s Benoit Paire, seeded 17th, has tested positive for Covid-19 and will have to pull out.

Federer, Nadal and other members of the ATP Player Council spoke out against a plan put forth by Djokovic and Vasek Pospisil to start a men’s-only union of sorts.

“...I personally believe these are times to be calm and work all of us together in the same direction. It is time for unity, not for separation,” Nadal tweeted.

Roger Federer and Rafael Nadal will not be seen in action. World No. 2 and defending champion Nadal feels it is not safe to participate since the pandemic is not yet under control. Federer will give the tournament a miss, tending to his injured knee.

Singles qualifying rounds will not be played. Each of the 128-player fields for men’s and women’s singles will include 120 players according to ranking and eight wild-card entrants.

Electronic line-calling will be used instead of line judges at all courts except the two largest arenas.