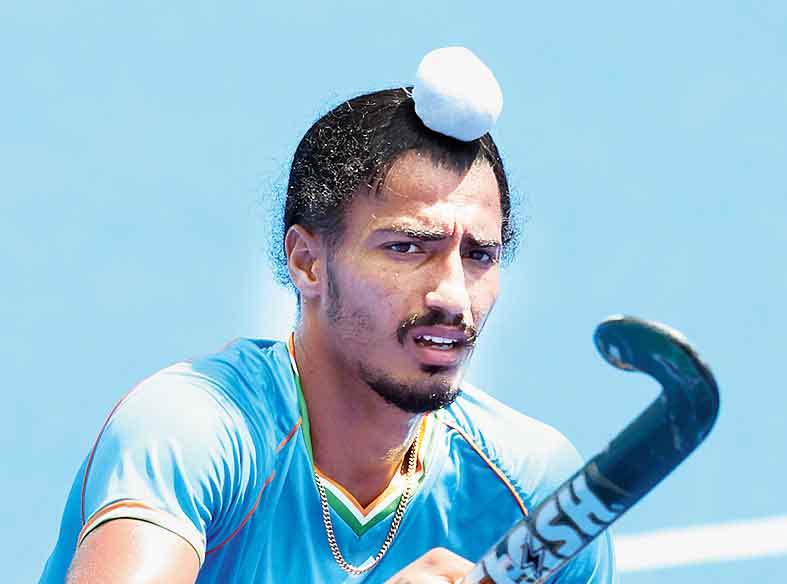 In between, Lalit Upadhyay (28th) deflected in a variation from vice-captain Harmanpreet Singh’s flick from a penalty corner. Akashdeep Singh (54th) also found the net from a field effort before Mandeep Mor scored his debut goal for India from a set piece in the 55th minute.

If that was not enough, Harmanpreet also put his name on the score-sheet, perfectly converting India’s 13th penalty corner in the 57th minute.

India made an attacking start and could have taken the lead in the third minute but Bangladesh defended brilliantly to deny two penalty corners. Minutes later, India were on the offensive again, but could not break through the Bangladesh backline as the home team’s keeper Abu Nippon helped save three more penalty corners.

In all, India had seven penalty corners in the first quarter and Bangladesh saved them all.

Graham Reid’s men finally found the back of the net with three minutes to go in the first quarter as Dilpreet turned quickly inside the circle and slammed one past Nippon.

The second quarter also witnessed a wave of attacks by the men in blue. Bangladesh conceded again after Ashraful Islam botched up an easy pass in the back and it was Dilpreet again who took advantage.

India found success from a penalty corner too, with Upadhyay making it 3-0 at the halfway mark.

After the break, India continued constructing attack after attack, which resulted in three more goals in the next two quarters each. Jarmanpreet converted two penalty corners and, with less than a minute to go in the third quarter, Dilpreet completed his hat-trick, making it 6-0.

India will next take on joint-defending champions Pakistan on Friday.