Adaptability will be key: De Kock

Nkwe said they had faith in Quinton’s leadership qualities 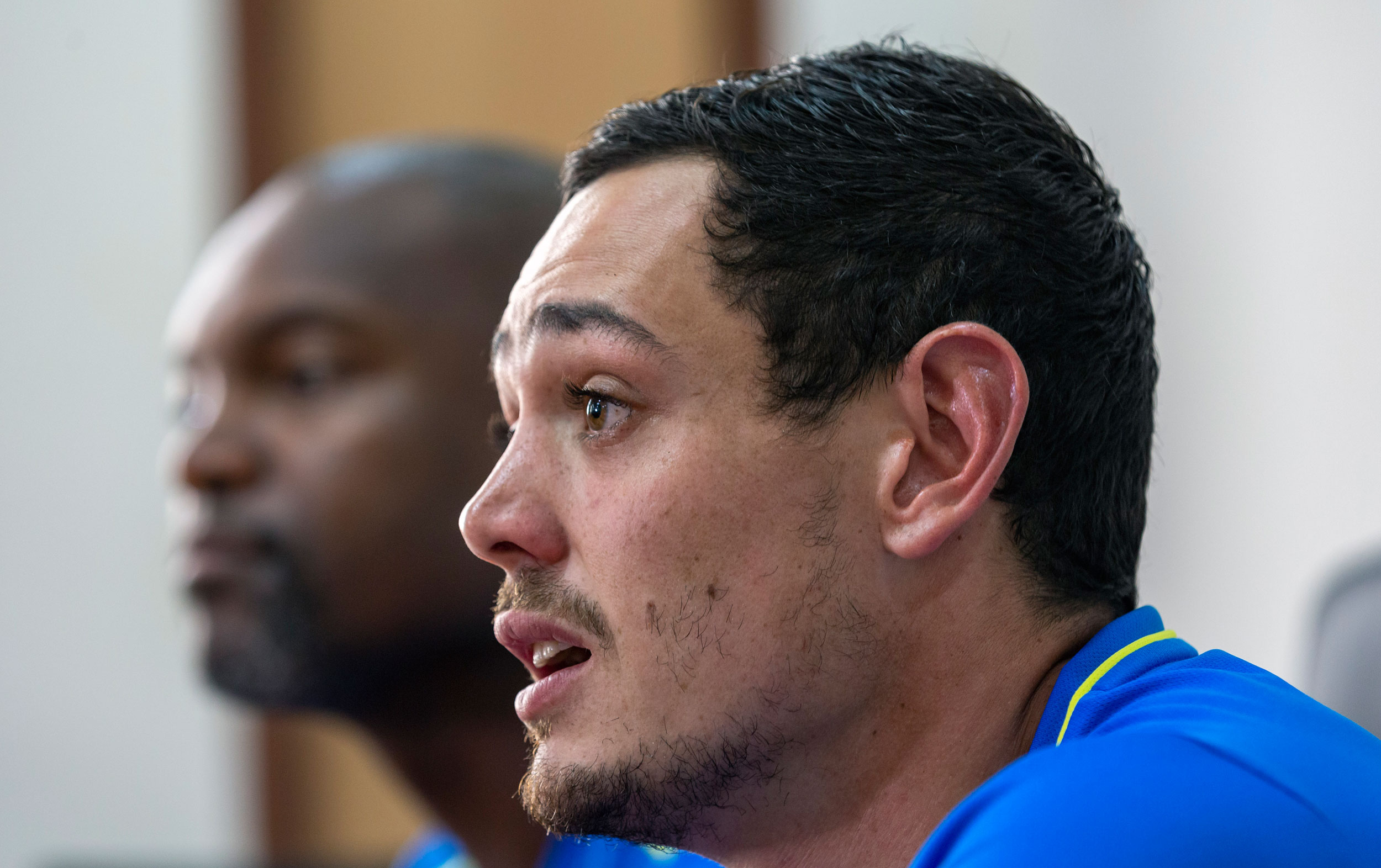 South Africa’s cricket establishment acknowledges Faf du Plessis’s contribution both as a player and captain but it’s about time they look to the future with belief in Quinton de Kock’s leadership skills, the interim director Enoch Nkwe, said on Tuesday.

While the 35-year-old Du Plessis is still the captain of the Test side, Nkwe gave enough indication that South Africa want to infuse fresh blood going into next year’s T20 World Cup in Australia.

“We know where Faf stands as a captain and as a player. He has done great things for South Africa cricket. But we also need to look at what the future looks like and we strongly believe in Quinton, who is going to be leading the team going forward,” Nkwe told reporters with the skipper by his side during their first media interaction at the picturesque HPCA ground.

Nkwe said they had faith in Quinton’s leadership qualities. “We have a good leader and it’s an opportunity to start building for the future,” he added.

South Africa begin their tour with a three-match T20I series, the first of which will be held in Dharamsala on Sunday. The remaining T20Is will be played in Mohali and Bangalore.

De Kock, on his part, felt that adaptability will be the key and believed the Dharamsala track will help batsmen.

“I have been here before but haven’t played here. The last time we were here, the wicket did play very well,” he said.

“I think Rohit actually got a hundred here but we ended up chasing it down. So from the one game that I have experienced over here, it could be a good wicket. But we are coming into the unknown and we would like to adapt very quickly.”

While admitting that India are a formidable team, Nkwe is confident that this T20I series will help them assess their strengths and weaknesses.

“It’s the start of a new chapter and focus will be on the coming series against India. We would be looking to lay a good foundation going into the T20 World Cup next year in Australia,” Nkwe, who has played 42 first-class games for Gauteng, said.

“We still have a lot of games and have about 20 games (going into World T20) and we will assess the situation accordingly after these three games. Then build up for England series and so on.”

De Kock’s experience of having played in India multiple times will be of great help, felt Nkwe.

“We have got a group of guys with good enough experience and the captain himself has played a lot of cricket in India. We have fresh blood that has come into the squad and that’s exciting. We will remain competitive,” Nkwe said, exuding confidence.

However, he had no problems in admitting that India will be formidable in their own backyard.

“Yes, we want to walk away with a series win and hope the entire squad is very determined. We are here to win and we understand that India’s position is strong in their backyard but we are going to give hundred per cent,” the interim director remarked.