I’m sure Virat is inspiring millions back home to try and emulate him: Adam Gilchrist 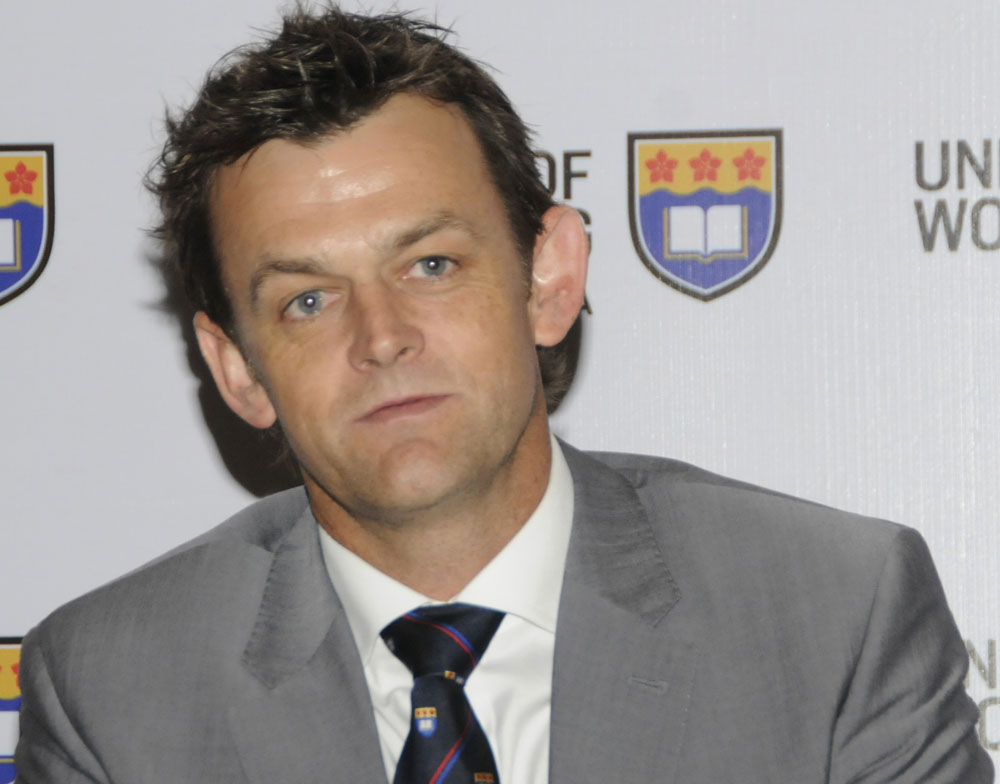 The game-changing Adam Craig Gilchrist, a former captain, spoke to The Telegraph on conclusion of the India vs Australia Test series, which saw Virat Kohli’s men script an absolute first.

A I haven’t reflected on it with those emotions. Rather, I’ve been more keen to applaud the way India played in the four-match contest.

A India were outstanding both in their planning and implementation. It’s one thing to plan, quite another to actually implement perfectly or close to perfectly. I liked the way India evolved on this tour, making adjustments along the way. India have a strong set-up with good leadership. So, instead of being infuriated with Australia, I look back on the series with admiration for India.

Q Did Australia start the Tests on the backfoot?

A Australia came into the series on the back of the turmoil over the past many months. Indeed, there still is uncertainty surrounding Australian cricket... I have no doubt in my mind that the players did give it their all, but it wasn’t good enough. I don’t question their desire to have done well. Australia got outplayed by an Indian team which is better on skill.

Q But not everybody is convinced Virat’s team has been the best to tour Australia...

A I haven’t suggested that either. However, Virat’s team is the first to win a Test series and that will always have to be acknowledged. They have to be regarded as pioneers as they got a job done which others couldn’t.

Q What made the difference?

A Cheteshwar Pujara (521 runs)... For some years, there was nobody to support the heroics of Virat with the bat. That changed over the four Tests. Virat did get a masterful 123 in Perth and 82 at the MCG, but India’s batting was built around Pujara... Then, the courageous selection decisions by India, capping Mayank Agarwal and putting out a new opening combination at the MCG... Agarwal and Hanuma Vihari... With the series in the balance, to start a Boxing Day Test with a fresh pair... India were bold... Vihari didn’t even get into double figures, but he certainly batted time and protected Pujara from the new ball... Finally, India had plans which were superior to Australia’s and, if Plan A didn’t work, then there was an alternative. Clarity was a feature of India’s plans.

A Yeah... That would be Factor No.4... In the lead up to the series, the main talking point had been that Australia’s bowling attack was their strength. However, India’s attack outshone Australia’s... Except at Perth, where India got the bowling combination wrong by not playing Ravindra Jadeja, they were on top with their selections. The MCG wicket too was green, but the Perth lesson had been quickly learnt... Did we see India’s best-ever bowling attack? Time will say.

A Virat has definitely impressed me. Tactically, he improved as the series went along. I understand there has been criticism of some of his tactics in earlier series, but I can’t comment on that... From what I’ve seen, Virat operates with a slightly more conservative approach to tactics, which belies his attacking nature... The natural aggression... Virat has done subtle things, with bowling changes and field placements, which made the difference. He isn’t the first captain to have got field placements and bowling changes right, but they were decisive.

Q Where do you place Virat as a batsman?

A Virat and AB de Villiers have been the two batsmen comfortable in all three formats... AB has, of course, retired from International cricket. The way Virat approaches the game is so creditable. Maybe, it took him time to fully appreciate the natural talent and skill he possesses. In the last three years or so, Virat has had a true understanding of just how blessed he is. He’s trying to maximise every bit of his skill and natural talent and that is having a nice spillover effect on the rest of the batsmen. I’m sure Virat is inspiring millions back home to try and emulate him.

Q You were a regular in one of the greatest teams of all time anywhere... Did Australia’s defeat hurt a lot?

A It’s disappointing to see the wider cricket-related picture in Australia being so bleak. But, clearly, it’s the fallout of the drama in Cape Town last March. The process of healing in Australian cricket will take time... It’s a period of introspection in Australian cricket and it remains to be seen if the big decisions would be taken to help recapture all that was great about our cricket. The past 10 months have also shown some failings in our system. There was, after all, a time when other countries wanted to emulate us.

Q Failings such as?

A I’m still scratching my head as to why the full-fledged Academy was moved out of Adelaide and relocated at the Centre of Excellence in Brisbane... Cannot understand why the Academy, which was such a successful production line, was pulled apart in that manner.

Q Would you have brought back Steve Smith and David Warner for the Test series?

A No... No... No... The one-year bans have been too harsh, but a ban is a ban. Period. You cannot be manipulating... Funny how nobody talks of Cameron Bancroft, whose nine-month ban is over... It’s significant that the players didn’t appeal their respective bans, for it showed they took ownership of their actions.

Q Will the return of Smith and Warner, especially the latter, cause problems in the dressing room?

A I have no idea.

Q How do you rate Tim Paine’s captaincy?

A Really impressive... The first signs of the workload on him became apparent during the SCG Test. Sydney used to host the final Test of our summer and the fatigue would start to set in. Now, there are two more, against Sri Lanka.

Q What has been Paine’s biggest challenge?

A To rebuild the identity of the Australian team. Paine has two other jobs too: Captaining and ’keeping. He has plenty on his plate. The responsibility on Paine has been enormous, but he has carried it off pretty much with aplomb.

Q The last one... Criticism from commentators on TV may have upset you during your playing days. Are you conscious about not being harsh when on the air at Fox Cricket?

A (Smiles) You call what you see and, hopefully, call in a fair manner... As a player, I never had an issue with criticism, provided there was justification. If you’ve done something poorly... Played a bad shot or dropped a catch... Well, accept the criticism and move on. As a player, I used to be happy having a chat with the commentator or journalist who’d been critical. There was no point getting angry, for nobody wins there... In my current role, I encourage players to talk to me if they feel I’ve said something which needs clarity. Let’s just say it’s an open-door policy.