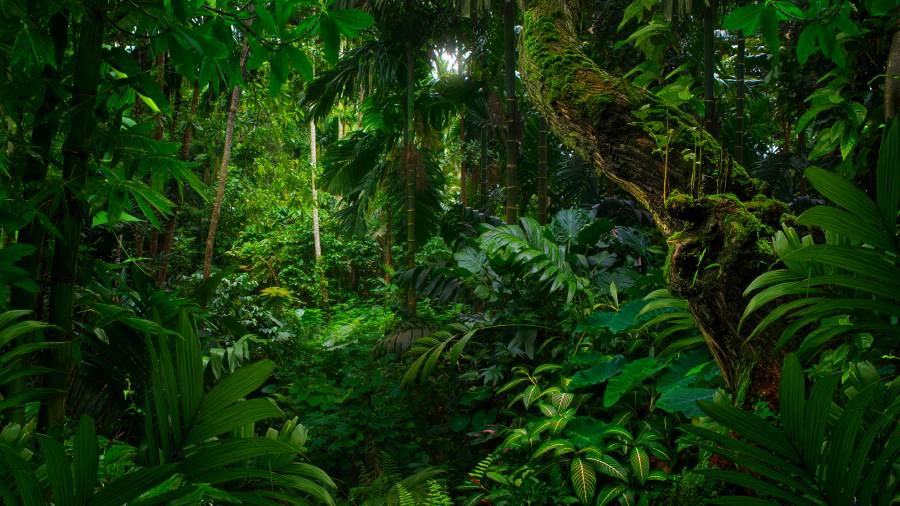 A report prepared for the United Nations over four years by 85 experts from 33 countries is the most comprehensive look yet at the pathways for using wild species sustainably or in ways that do not lead to the long-term decline of those resources and ensures their availability for future generations. It draws upon thousands of scientific studies and other references, including indigenous and local knowledge.

Indigenous and poor communities are among the most immediately affected by the overuse of wild species, the report said.

“Half of humanity benefits from and makes use of wild species, and often without even knowing that they’re doing so,” said Marla Emery, one of the co-chairs of the assessment, which was conducted by the Intergovernmental Science-Policy Platform on Biodiversity and Ecosystem Services. A summary was approved recently in Bonn, Germany, by representatives from 139 countries, including the US, with the full report set for publication in a few months.

The new assessment builds on an exhaustive 2019 report from the same group that concluded that humans had altered the natural world so drastically that one million plant and animal species were at risk of extinction. A year later, another UN report declared that nations had made little progress on international commitments, made in 2010, to tackle catastrophic biodiversity collapse.

Yet the focus of this latest assessment was to provide a more optimistic outlook on how wild species can be sustainably used by people around the world, said JeanMarc Fromentin, also one of the co-chairs.

One-third of the wild species that humans use in some way, and which also appear on the “red list” — those listed as threatened by the International Union for Conservation of Nature — experienced stable or increasing population trends despite human use, according to one study cited in the report. This suggests that “the use of these specific species is not yet directly contributing to their extinction, as far as we can tell,” said Sophie Marsh, a biodiversity master’s student at the University College London and lead author of the study on threatened species, which was published in 2021.

Indigenous and local knowledge is crucial to learning some of the best practices for sustainable use, the report said, but traditionally it has been underused. Indigenous communities have long incorporated sustainable uses of wild species in their cultural practices, and an estimated 15 per cent of global forests are managed as “community resources”, the report said, by Indigenous peoples and local communities.

The report was referring to practices like those used in the hills of the Cordillera region of Luzon, the largest island in the Philippines. There, “the entire community mobilises to protect the forest”, said Victoria Tauli-Corpuz, an indigenous rights activist who grew up in the region. The practice is called Batangan, a resource management system that involves a shared sense of responsibility for monitoring the diversity of the forests and planting new trees as the older ones age.

It is not just about the trees; “it’s about the water, the plants and the animals, the microorganisms”, and increasingly it’s about climate change, because forests play a critical role in sequestering carbon, Tauli-Corpuz said.

The sustainable use of wild species is central to the identity and existence of several indigenous and local communities, the report also stated.

“If wildlife disappears, our culture is at risk; our lifestyle and our livelihood is at risk,” said Viviana Figueroa, an Argentine Indigenous lawyer and activist who participated in dialogues with the report authors as a part of her involvement with the International Indigenous Forum on Biodiversity. “There is still a lot of work to be done, but at least there is some recognition,” Figueroa said.

Future policies governing the use of wild species will need to take into account the social and historical dimensions of sustainability and whether the benefits from that use are distributed fairly. For example, vicuna fibres, found in luxury garments, are highly priced and produced by mostly low-income Indigenous communities in South America that contribute to vicuna conservation by allowing the animals to graze on their communal or private land.

Yet, it is “almost impossible” for a remote Andean community to negotiate with an international textile company or to place their product on the international market, the report said, which means that most of the profits from the trade in vicuna fibres are captured by traders and textile companies.

The findings from the new report may soon have a direct effect on international policy. The report was in part conducted at the request of the Convention on International Trade in Endangered Species of Wild Fauna and Flora, a treaty meant to ensure that the global trade in plants and animals does not imperil their survival in the wild

The overexploitation of wild species is not the only factor driving the decline; human-caused climate change is also a major force, the report said. Growing human populations and consumption, along with technological advances that make many extractive practices more efficient, will also put greater pressure on wild species.

“We have to make sure these policy instruments benefit everybody,” said Emma Archer, a professor at the University of Pretoria in South Africa and one of the assessment’s lead authors. “There doesn’t have to be both winners and losers.