Advertisement
Home / Science-tech / All Fall Down 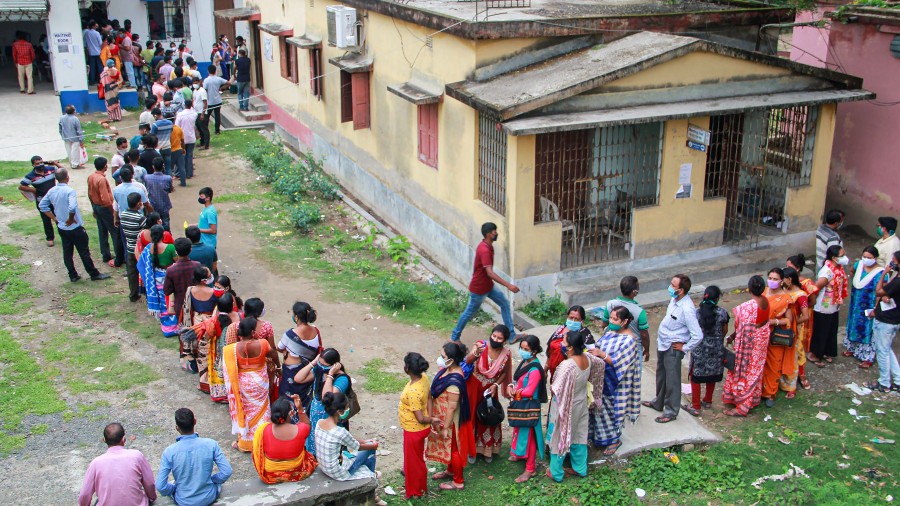 As the chances of finding an effective drug against the novel coronavirus look remote, protecting the world with vaccination seems to be the only option. While such vaccination may not ultimately help us achieve the much-cherished herd immunity, it is worth the gamble. However, removal of the present patent restrictions on Covid-19 vaccines is essential if the world has to reap the desired benefits.

While vaccination can be considered at best a flawed tool to contain a pandemic involving an RNA virus — because of the rapidly changing character of RNA viruses — if a virus-besieged world decides to adopt it, it needs to be done without any slips. The frantic vaccination drive the world has currently embarked on lacks the required international coordination to ensure effective global coverage as most countries, especially the rich ones, have been focussed on vaccinating their own citizens, and hoarding vaccine and drug reserves. There is an urgent need to change this narrative.

To build a strong immune wall against the virus, at least 75 per cent of the world population has to be vaccinated, which would need around 12 billion doses.

According to estimates, the rich countries — high and upper-middle-income nations that comprise one-fifth of the world population — have procured close to 6.5 billion doses of Covid-19 vaccines, while the low and lower-middle-income nations, which represent four-fifths of the global population and includes India, have only 2.7 billion. Such disparity in distribution is precisely denying the equitable vaccine rollout required to accomplish global immunity against the virus.

This is why India and South Africa have taken an aggressive stance in the World Trade Organization (WTO) for the removal of all intellectual property rights (IPR) restrictions on Covid-19 vaccines. Fortunately, this proposal is garnering global support with over 100 member countries of the WTO supporting it. What has been particularly encouraging is the reversal of the US’s initial decision to counter this move.

The US now feels all patent restrictions on vaccines should be removed to allow low-income countries to freely copy the existing vaccine technologies to ramp up production, allowing them to meet the overwhelming local demand for such vaccines at reasonable rates.

A patent is an IPR tool that prevents other companies from copying inventions or innovative technologies without the approval of or financially compensating the inventor. All WTO members are contract bound to comply with such IPR agreements. However, the present enforcement of such IPR restrictions would require the poor nations to pay unaffordably high prices for Covid-19 vaccines to the handful of companies manufacturing them.

Unfortunately, these companies are unwavering in their demand for a deserving price for their vaccines, which they claim would help them cover the costs involved in the challenging research and emergency development of the vaccines. They further argue such bailouts to manufacturers in low-income nations, which probably lack adequate expertise to copy such technology, may be counter-productive and result in low-quality vaccines with compromised efficacy — a concern surprisingly echoed by Bill Gates.

They also apprehend that such patent waivers may adversely affect the small companies that supply accessories for vaccine manufacturing as several of these products are protected by patents. More disturbingly, the vaccine manufacturers have warned of serious financial losses that may discourage them from embarking on such essential, life-saving exercises in the future.

The proponents of this move, however, opine that the patent waiver has been requested for a maximum of two years and not the entire life span — which is typically 20 years for a US patent. This time, they claim, should be enough for low-income nations to manufacture the necessary number of doses to immunise their largely underprivileged citizens with low-cost or free shots. Therefore, the fear of permanent loss of IPR is unfounded.

As for apprehensions on vaccine quality, many of the low-income countries including India already have a robust biotechnological set-up for high-quality vaccine manufacturing. The Serum Institute of India, Pune, is currently the largest producer of vaccines in the world and has already manufactured around a billion doses of the popular vaccine from AstraZeneca, UK.

The vaccine manufacturers need to be reminded that many countries have poured in large sums of taxpayers’ money to support their R&D and manufacturing activities. The fear of financial loss for surrendering their patent rights is thus not tenable, although it may restrict their profit-making prospects. Considering the overall cost-benefit balance underlying the removal of IPR on vaccines, the world is probably heading towards a much-desired consensus for accomplishing a global parity in vaccine roll-out. Such measures may help undo the failures in accomplishing equitable distribution of anti-HIV drugs in the 1990s that led to the loss of thousands of lives in Africa while those infected in the rich nations received healing drugs.

While talking about vaccinating the world, we need to acknowledge that this virus doesn’t differentiate between rich and poor. Therefore, the immunity coverage from vaccination must be built uniformly and simultaneously over the entire globe. This implies citizens of underprivileged countries need to be vaccinated at the same pace as those of the developed nations — something we have not been doing so far.

If the rich countries feel that they have protected their people through vaccination and wait for the poorer countries to do their part, the present goal of global vaccination would be in serious jeopardy. Any non-cooperation or indifference of the rich countries towards meeting the vaccination needs of their underprivileged counterparts would not only be imprudent but suicidal as well. As long as the virus is allowed to thrive in any part of the world, it would mutate and generate fresh variants that could be resistant to the vaccines protecting the privileged world. Sooner or later these variants would find their way to these rich countries and trigger fresh waves of infections and deaths. If the privileged nations complacently think that they have already built the vaccination wall, they are perhaps failing to realise that they continue to remain vulnerable until the rest of the world is effectively vaccinated.