Advertisement
Home / Science-tech / What is Web 3 and how does it work?

What is Web 3 and how does it work? 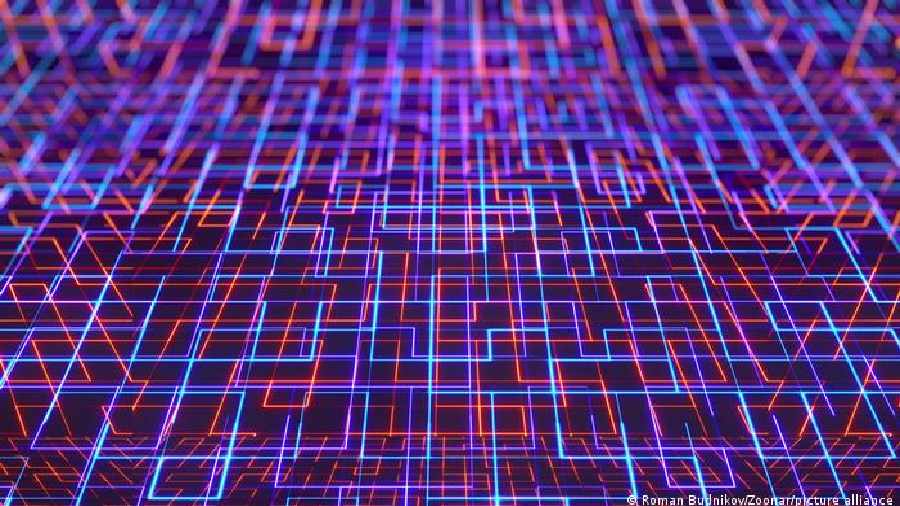 Web3 fans think the technology could be the future of the internet
Deutsche Welle
Alexandria Williams   |   Published 14.04.22, 10:46 PM

Fans of Web3 technology say it will revolutionize the internet, ushering in a new, decentralized phase of the web run by ordinary people instead of massive platforms like Facebook or Google.

But as the concept has gained fire over the past year, tech giants have taken notice — and want in.

But first, what exactly is Web3?

Decentralization of the internet

Web3 is all about decentralization — it aims to give users more control over their data.

Theorists say the web was once a more open place. It was run by real people who built their own websites. These sites were read-only, so data flowed from the site to the user — this was Web1.

Big technology companies like Facebook and Google created a new iteration of the web. Their clickable, shareable, highly interactive platforms molded the internet as we know it today — Web2.

Now our interactions with the web generate vital intelligence about online behavior in the form of data. Companies use this information to make new platforms and generate targeted ads. They also sell it to third parties. Theorists say this creates an environment where users have little to no autonomy over where their data goes.

The term "Web3" was coined in 2014 by Ethereum co-founder Gavin Wood, but only entered public consciousness last year when it started gaining traction in Twitter and Discord communities.

Some say this influx of Big Tech money taints the Web3 dream.

"They change the nature of it and remove some of the larger ideological parts such as autonomy and self-sovereignty," said Web3 ethicist Kai Morris in an interview with DW.

In a Web3 world, information is stored in virtual digital wallets, not in data centers. Individuals use these wallets to tap into Web3 applications, which are run on blockchain technology. When a user wants to disconnect from an application, they simply log off, disconnect their wallet and take their data with them.

These developers work with community-run networks driven by skill and interest. It starts as one developer’s idea. That developer then goes to communities on Twitter and Discord to find collaborators. Together, the developer and collaborators form a group to create a prototype. When the prototype is complete, they bring it back to the community for review.

The tradeoff to this decentralized iteration of the web is that the apps they produce are often clunky and hard to use, Morris explained to DW.

"They don't look very nice to us. They look complicated, which alienates a lot of newcomers," said Morris.

This is where Big Tech, with its money and penchant for glossy and seamless web-based platforms, hopes to intervene.

The cryptocurrency space went through a similar period of openness before becoming more centralized and user-friendly in recent years.

Cryptocurrency underpins Web3-based applications. In the future, it will be used to tip creators, pay for virtual items and purchase new gaming features, experts say.

Cryptocoins were hard to purchase at the industry’s infancy. Users had to code to create their own crypto wallets. Some did it well, while others sent money to the wrong place, lost keys to access their wallets and fell victim to scams.

As time went on, developers intervened and created user-friendly applications to buy, store and trade crypto, like Coinbase and Binance.

This may be the sweet spot Big Tech is angling for: A version of the web that is less centralized than what we see today but more user-friendly than what Web3 developers can offer on their own, said Eloho Omame, a managing partner of First Check Africa, a venture capital fund based in Lagos, Nigeria.

"I think we will end up in a world in which aspects of decentralized ownership meld together to create experiences with more control than we have under existing platforms," said Omame.

If Big Tech does manage to gain a foothold in the market, Morris believes that there could still be an opportunity for the new web to achieve its decentralized dream. He said that Big Tech can be helpful for a period of time as Web3 companies get their foot in the door and their projects up and running.

But, he said, "in the future, what we need to do is kick these companies out."