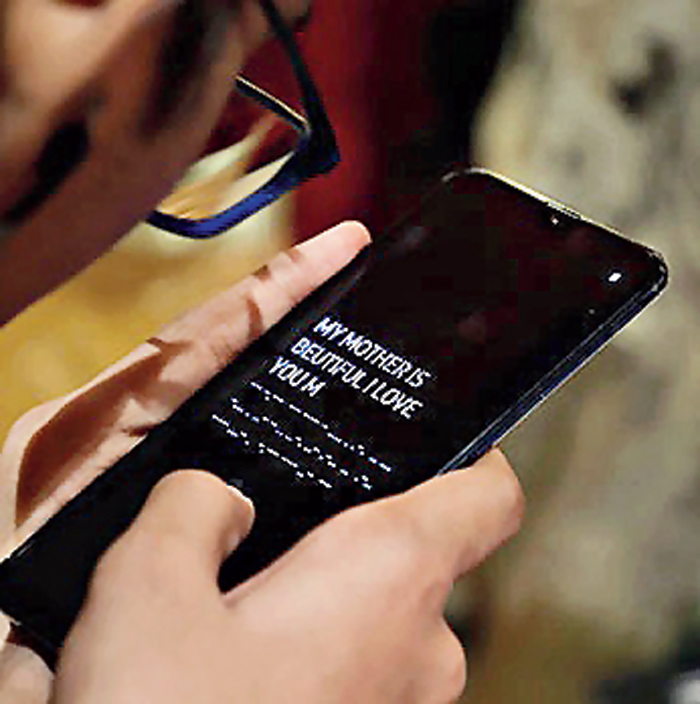 There are around 500,000 deaf-blind (having a severe impairment of both hearing and vision) people in India. For them, their caregivers mean a lot. Can technology help? Samsung has introduced two unique solutions — Good Vibes and Relumino — that provide a communication tool to the deaf-blind and enable people with low vision to see better.

The Telegraph spoke to Trivikram Thakore, vice-president, Samsung India, about the effort.

What was the starting point for the technology?

When we chanced upon the deaf-blind, we got in touch an NGO called Sense India. Frankly speaking, we didn’t know much about the issue at hand before conversations began. When they talked about them and the challenges they face, we saw a way to use technology to help them communicate with their caregivers and beyond. We wanted to give them a tool to conduct two-way communication.

How does the app work?

Good Vibes has two UIs or user-interfaces. One interface is for the deaf-blind, which is a black screen and we call this the “invisible UI” and then the other UI is for people with normal vision and hearing, which is what we call the “visible UI”. What the app does is allow the deafblind to input messages using Morse code, the backbone of which is dots and dashes. A small tap on the blank screen becomes a dot and a long press becomes a dash. The message is then digitally transformed into text or voice, which the caregiver receives. The caregiver then inputs messages as text or voice. It is received by the deaf-blind in the form of vibrations… as dots and dashes. As the vibrations are received, the person is able to piece the message together.

What this also does is bring about an element of independence. These are people who are never on their own because they are dependant on their caregivers.

One of the trainers who have been with us right through has told us about this kid in Chennai who sends him a message every morning. And if he doesn’t reply immediately, the deaf-blind kid gets his mother to call the trainer to ask him the reason for the delay. The kid is now asking the teacher to send longer messages.

Of course, there is a lot more to be done and that’s why we have tied up with Sense India. 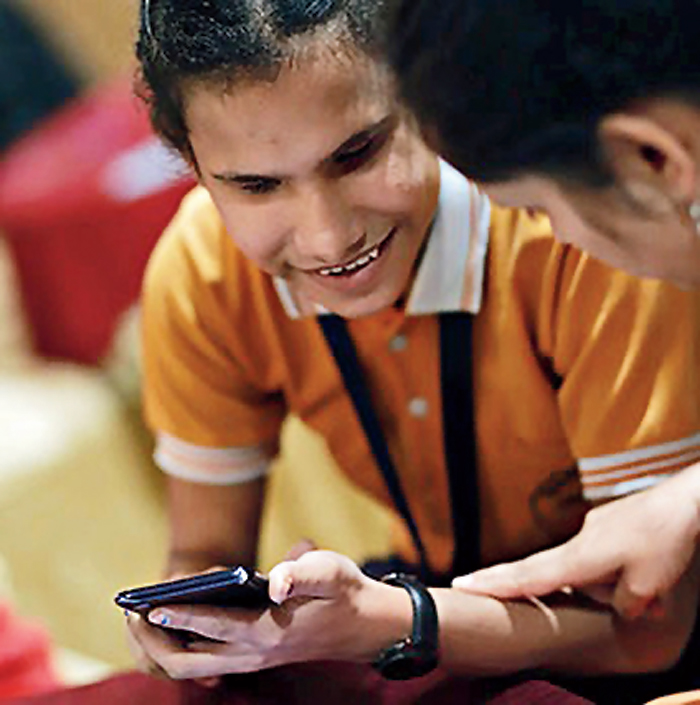 The first step is knowing Morse code. Once the user starts inputting messages in Morse code, the second part involves decoding messages. The receipts the deaf-blind gets is in the form of vibrations. This requires some training because there is a gap between vibrations. In fact, that was our part of the learning — what should be the spacing between one dot and another dash or two dots or two dashes. That’s the effort the caregiver and the deaf-blind need to make. During workshops, we were surprised how quickly users can learn Morse code.

How serious is the issue in India?

From what we have learnt from Sense India is that there are around 500,000 deaf-blinds in India. They currently reach out to 77,000 deaf-blind people and our effort would be to reach out — directly or indirectly — to these 77,000 at first.

What are the phones that support the app?

The app is currently available on the Samsung Galaxy Store, so the app is limited to all our smartphones. Shortly, the app will be available on the Google Play Store, too, which means any Android smartphone user would be able to download and use the app.