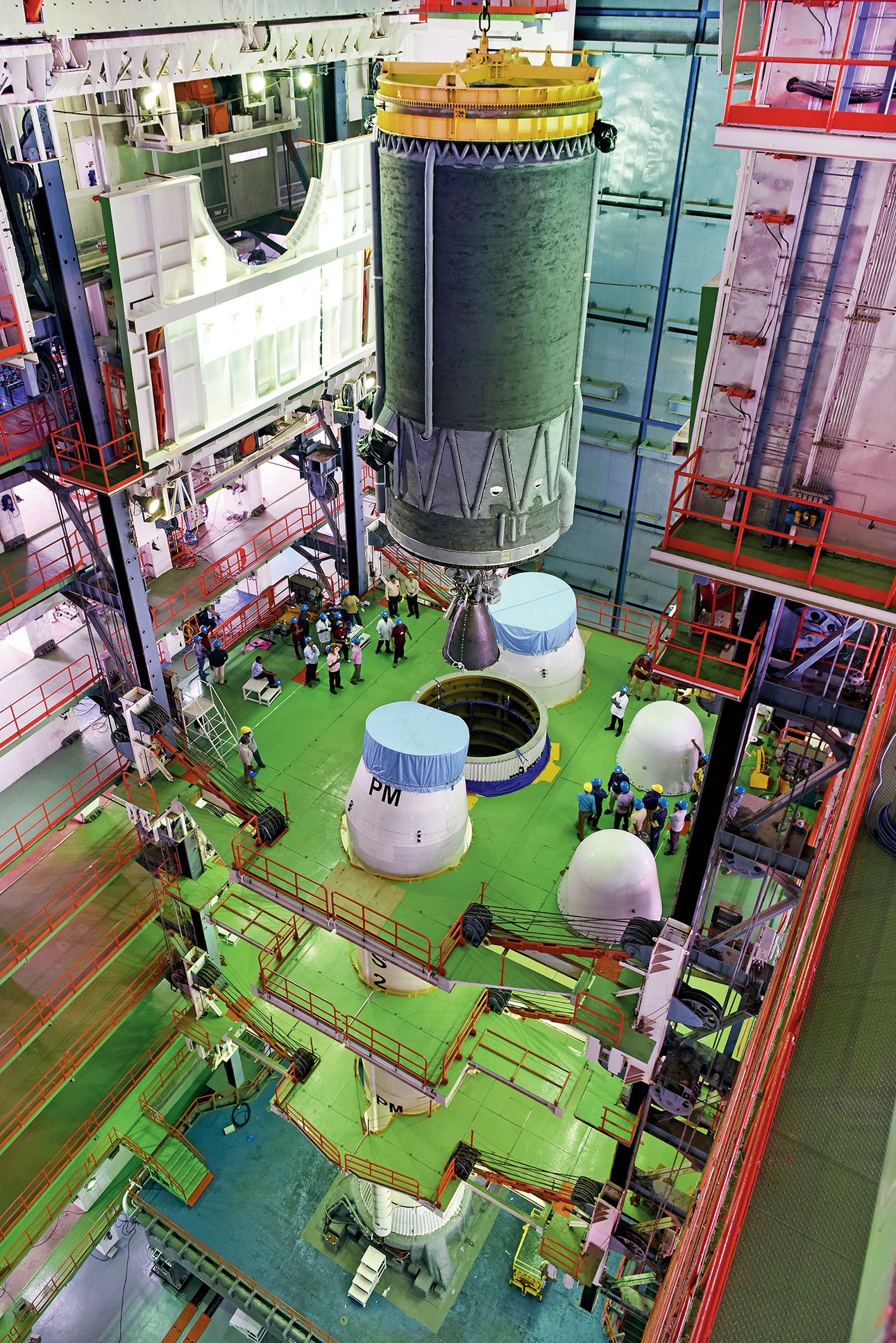 On July 15, 56 minutes before scheduled lift-off, Isro called off the launch of Chandrayaan 2 due to a “technical snag”. While it may have been disappointing, the cancellation was a prudent step. Halting a mission just minutes before launch is not new. It happens in almost 20 per cent of the cases. In space programmes, it is always “better to be late than never”. The universe is old; nothing is going to change in our lifetimes. So, we can wait for the next available opportunity.

Space is the most hostile frontier to conquer. In my experience of leading more than a hundred balloon-borne experiments of the Indian Centre for Space Physics, Calcutta, to a mere height of 40km, I know that 1001 things can go wrong and, according to Murphy’s Law, “If anything can go wrong, it will”. A complex programme such as a lunar mission would be a million times more challenging. It is even more so in the case of Chandrayaan 2 as Isro is testing almost everything indigenously built, including the cryogenic engine used in the GSLV Mark–III rocket that is supposed to put the orbiter, lander and rover in orbit around the moon.

India stopped using Russian cryogenic engines in the 1990s because of US sanctions. A programme to build such engines indigenously was begun but has only recently been successful. Isro has used this powerful engine only a handful of times since 2014 and is still not comfortable with it. Therefore, even a small shift in the vital parameters of the engine would result in the mission being called off.

Cryogenic engines mix liquid hydrogen (at -253° Celsius) and liquid oxygen (at -183° Celsius) under high pressure with helium, which neither reacts with both hydrogen and oxygen nor becomes liquid at such low temperatures. While helium was being pumped in (cryogenic fuels are loaded at the last minute), it was found that due to a leak in a valve (technically a nipple-shaped valve), pressure was dropping at four bars (one bar is one atmospheric pressure) per minute. At this rate, helium pressure would drop to zero from the regulated value of 50 bar in about 12 minutes — which is not long enough to put Chandrayaan-2 into orbit. It was necessary to call off the launch. Otherwise, the liquid propellant would leak out and explode.

It was a leaking propellant that led to the disintegration of Nasa’s Space Shuttle Challenger on January 28, 1986.

I had the privilege of watching Nobel laureate Richard Feynman analyse the cause of the Challenger disaster. I was a Caltech Faculty member then and remember viewing the tape of the take-off and subsequent destruction of Challenger repeatedly in the Millikan library to see what went wrong. It was immediately clear that the valve on the right solid rocket booster did not function. This “O-ring” shaped valve was supposed to ensure the liquid propellant did not leak. The

O-ring or sealing valve placed between a pressure cooker and its lid has a similar function. Without it, steam would leak and sufficient pressure to cook food would not develop. The O-ring is a vital component to seal a high pressure region. In Challenger, there was clearly a puff of fire coming out of the junction where the O-ring was placed. That meant high pressure hydrogen was leaking out. The resulting massive fire melted the tank in which the liquid propellant (hydrogen and oxygen) was stored and all hell broke loose. Seven people on the shuttle, including a schoolteacher, perished. Then US President Ronald Reagan ordered an enquiry commission — of which Feynman was a part — to look into the disaster. 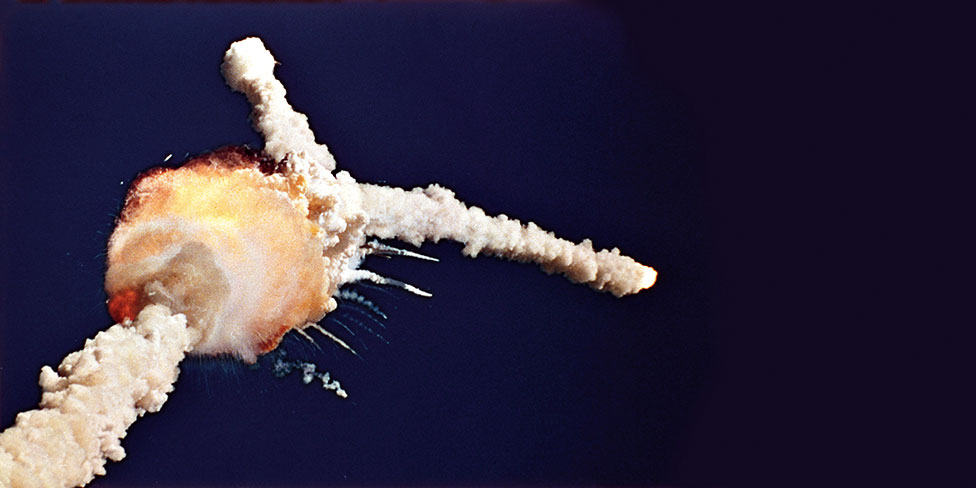 On the day of the Challenger launch, the Cape Canaveral base was suffering sub-zero temperatures and icicles had formed on the space shuttle. The launch was delayed twice because engineers were unhappy as the shuttle had never been tested under such low temperatures but the lift-off finally happened at 8:38am. Feynman demonstrated with a rubber band and a cup of icy water how the rubber of the O-ring became rigid at sub-zero temperatures and lost its ability to block leakage. Some Nasa scientists had hinted that Feynman should look into this aspect because they suspected it to be the cause of the disaster and were unhappy with Nasa management for having ignored their earlier concerns. Feynman concluded there was a communication gap between scientists and management at Nasa, hindering the management’s ability to properly compute the probability of failure of a mission. The disaster could have been avoided if the management has listened to concerns and aborted the launch.

Why was the launch allowed to go through? On the evening of January 28, 1986, Reagan was scheduled to deliver his annual State of the Union Address in which he planned to praise Nasa for taking a female teacher to space for the first time. Was there pressure from the White House to go ahead even though scientists and engineers were not happy? It is known that Nasa wanted the president to highlight this event in his State of the Union address. We will possibly never know the whole truth.

The Chandrayaan 2 launch has been rescheduled to July 22 and if there are no further hitches, it is already on the way to the moon. Clearly, Isro has to stick as close as possible to the original schedule. The plan was for the rocket to circle the earth in ever widening orbits (five, to be exact) before thrusting to the moon, which it would circle in ever smaller orbits until it settled into the one decided for the orbiter. Now, the orbit raising operation has to be done in a hurry, possibly in four stages instead of five, so that about seven days can be shaved off the schedule. This will cost Isro extra fuel, which could affect the lifetime of the orbiter.

Hopefully, nothing is being done under any compulsion. Managements of any mature organisation must not act under political pressure or have personal ambition in deciding such matters. They must talk to scientists and leave their technocrat-like attitude behind.

Accidents can still happen but the probability would be greatly reduced.