Three of the best phones for night sky 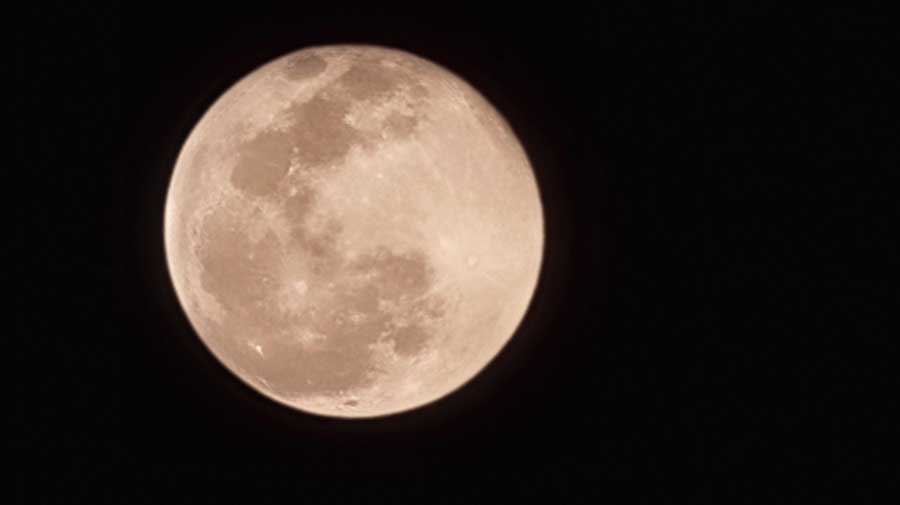 That points at him amazed.

Samsung Galaxy S21 Ultra 5G: It has the best telephoto system on a smartphone. Since there are two telephoto shooters, you can capture objects at quite some distance.
The Telegraph

The night sky’s most dramatic character continues to inspire poets and photographers, the only problem being that the moon and the smartphone are yet to become good friends. Since the pandemic started, the moon couldn’t be dislodged from many of my friends’ evening routine. Dinner done, terrace here we come.

Month after month we have been standing on the balcony or the terrace or near the lake, trying to capture a frame that expresses our levels of optimism, which continues to wax and wane much like the friend in the night sky. All for that one perfect shot to accompany a post on social media.

Personally, I feel lucky to have the opportunity to review the latest phones as and when they become available. I too continuously pull out a phone trying to get an Instagram-worthy photograph just to see where smartphones stand. Only one phone has made it to the finishing line and that too by a mile. This past few days, we have been trying three of the best phones money can buy at the moment — the Samsung Galaxy S21 Ultra 5G, iPhone 12 Pro Max and OnePlus 9 Pro 5G.

A few big problems while capturing the moon with a smartphone are that the moon is obviously very far away, which means a more-than-basic telephoto lens is required. Second, the closer the camera gets to the moon, brighter it becomes and the resulting photos are a blur. Third, professional cameras allow you to change (quite a lot) the ISO or sensitivity rating while shooting in low-light situations but that’s something most phone cameras fail at. Fourth, unless the camera is steady, it’s almost impossible to get a decent shot. In other words, a tripod helps. All this doesn’t mean that you can’t shoot the moon with a smartphone. We did and cheated by using a tripod!

The first time we used the Samsung Galaxy S21 Ultra 5G, we were almost certain that this is the Android phone of the year. Without beating around the bush, it is. It is the phone that helped us get the best view of the moon.

The phone comes with two telephoto lens. The first captures at 10MP, f/2.4 and the optical zoom maxes out at 3X optical while the second telephoto shoots at 10MP, f/4.9 and maxes out at 10X optical. Usually when we focus, we either train the camera at some distance or tend to go quite far out. The moon at 10X is good but we wanted a ticket to something great. Using the 100X space zoom feature which digitally zooms into objects, we were able to get a good shot of the moon. Once you lock the autofocus, chances of a getting a good shot increases. What we have is the moon with enough details to make the Instagram post enviable.

Not that we had to take countless shots but after 20-30 takes, things were almost as good as the last. But the question is whether you will buy a phone for taking photos of the moon only? Night shots in general are brighter than on most phones and the results are sharper than on OnePlus 9 Pro. Even in a fairly dark situations, the phone was able to gather enough details hiding inside shadows. Where the phone scored a point less than the iPhone 12 Pro Max is is in the video department at night. There is some noise, which I would have disregarded had it been a mid-range phone but we are talking flagship here. Also, still photographs at night are better on the Apple device because of the lidar scanner.

OnePlus 9 Pro 5G: The ultra-wide lens is extremely good (to the point of being the best in the industry) but it’s not as versatile as the Samsung Galaxy S21 Ultra 5G or the iPhone 12 Pro Max.
Second Contestant: iPhone 12 Pro Max

The iPhone 12 Pro Max is the biggest and the best iPhone you can get. And it can capture an owl perched on a tree far better than the moon. Apple never promoted the phone as a cowboy out to lasso the moon. The optical zoom maxes out at 2.5X. After taking 20-30 shots, I could barely manage to collect a few of the marks on the moon. At the same time, I came away with another lesson. I will never use a phone only for taking pictures of a starry sky. It’s the night scene that matters. On this phone, it’s about framing shots, day or night. Apple’s Smart HDR 3 is terrific this time around, with outstanding noise reduction and the colours are absolutely spot on.

What the iPhone 12 Pro Max has the others don’t — a lidar scanner, which can accurately measure distance between an object and the camera, allowing extremely good autofocus. What you get is a fast lens and huge processing power, capturing even the smallest of details that other phones may miss. Further, I am fascinated by the video capabilities of the phone, even at night.

iPhone 12 Pro Max: This is the best overall camera system. You cannot capture the moon but there is very little noise in night shots and videos come out sharp enough for even the big movie screen.
The Telegraph
Third Contestant: OnePlus 9 Pro

The OnePlus 9 Pro has a camera system that has been developed in partnership with Hassleblad, the company whose cameras have been used by astronauts. The cameras on the phone are the best we have seen on a OnePlus phone. And to squeeze out the best from it, one has to use the Pro mode where all the Hassleblad features shine. Can it capture the moon? No. It has good 30X digital zoom tech but that’s not enough, especially at night. Where the camera shines is in night photos, which are pretty sharp and get captured quite fast. The ultra-wide lens is the best on any smartphone, with very little distortion around the edges. So what you get is a good camera system for everyday usage but not for capturing the moon.

Some tips and tricks

Use a tripod if you want to capture the moon. It gives you steady shots when zooming takes over. Second, on an Android phone use third-party apps to capture zoom shots under low light. Third, get an element into the frame, so when the moon stands in contrast, there is some perspective. Move into pro settings and decrease the ISO and file type to RAW. Get a telescope! No, that’s not going to help with taking photos but if you are really into sky gazing, a telescope opens up a world of opportunities. The Calcutta sky is polluted but a telescope will at least give you a better view of the moon. And if you still want to capture amazing shots of the moon, get a DLSR.