Ultimate end, or not

This cosmic aeon will end when the stars and the sun go out. Will that be the final termination or will another aeon replace it? And where and how are humans placed in this cosmological cycle? Eminent scientist Bikash Sinha examines these questions in this dialogue with Subhoranjan Dasgupta, professor of human sciences 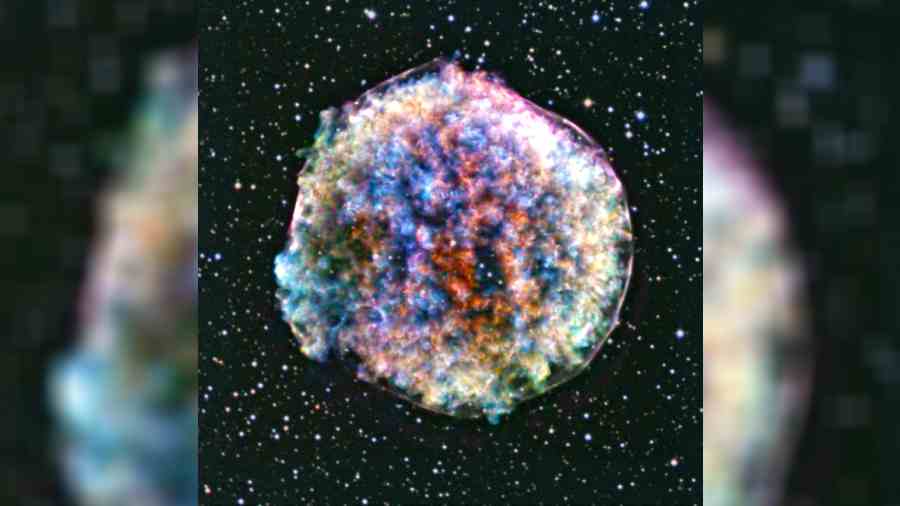 How have astrophysicists envisioned the ultimate end of the universe, especially a path-breaking physicist like Roger Penrose?

Sinha: The envisioning is as follows. Billions of billions of years from now, the fuel for the energy of the stars — nuclear fusion — will burn out and thus the twinkling of the stars will cease. The entire universe will be just a graveyard of dead stars, including our sun. Sunshine, so precious to us, will be gone forever. On our Earth, there will be no life form left. The universe will turn a very cold grave, with no life whatsoever.

This cataclysmic picture was invoked particularly by the Nobel laureate physicist Roger Penrose in the international conference on “Microcosm, macrocosm, acceleration and philosophy”, held in Calcutta last May.

Will the destruction of one aeon be followed by another aeon?

This process of the end and the beginning has been described by scientists like Penrose as “conformal cyclic cosmology”. Could you explain the essentials of this cosmology in simple terms?

In the simplest terms, conformal cyclic cosmology makes us aware of the basic process in which one universe ends and the next begins. “Conformal” arises from Conformal Field Theory; “cyclic” loosely means to go on and on, that is, continue. And we all know the meaning of “cosmology”.

In which specific areas do the theories of Stephen Hawking and Penrose converge, and where do they diverge? Why does Penrose use the verb “pop” and not “explode” as used by Hawking to describe the huge energy coming out of the black holes that will constitute the Big Bang of the next universe?

The Big Bang is accepted and considered by both Hawking and Penrose. That is why the entire concept is known as the “Big Bang singularity of Hawking and Penrose”. Let us not get into any unnecessary controversy regarding the use of the verbs “pop” and “collide” used by the two scientists. These words are used in their popular sense.

As far as I know, Hawking did not think specifically of another Big Bang that would lead to another aeon, whereas Penrose did.

The death of the sun and stars can be described as cosmic nihilism. And this very word “nihilism” reminds us of nihilists like Albert Camus, Breton and, above all, of the Nobel laureate physiologist Monod.

It is true that Camus and Breton were not concerned with the universe as a whole. They were firmly based on earth, a small planet in the solar system. But they viewed this earth and the life thereon in terms of nihilism and thus provided the link between their philosophy and the concept of scientists who thought in terms of universal nihilism. The latter was a spontaneous and larger extension of the former.

Ultimately, what this great phenomenon emphasises is the aloneness of the human being caught in the universal cycle. Who, according to you, has described this human aloneness with poetic accuracy?

Undoubtedly, Monod has sounded most eloquent on this subject. In his words, “The universe is not pregnant with life nor the biosphere with man. Man at last knows that he is alone in the unfeeling immensity of the universe, out of which he emerged only by chance. His destiny is nowhere spelled out nor is his duty. The kingdom above or the darkness below: it is for him to decide” (Chance and Necessity).

Bertrand Russell has also concentrated on the essential aloneness of the human being placed against the immeasurable cosmic dimension.

This fascinating process of destruction and creation reminds one inevitably of Tagore’s many utterances….

It needs to be stressed that Tagore’s Nataraj is the destroyer and creator rolled into one. He, therefore, embodies, in poetic and mythological terms, the destruction of the universe and its recreation as envisioned by the scientist. It is not surprising that we have donated a large statue of Nataraj to CERN in Geneva, which is one of the most astounding laboratories in the world.