Advertisement
Home / Science-tech / The man who advised the Tatas to set up Jamshedpur: Pramathanath Bose

The man who advised the Tatas to set up Jamshedpur: Pramathanath Bose 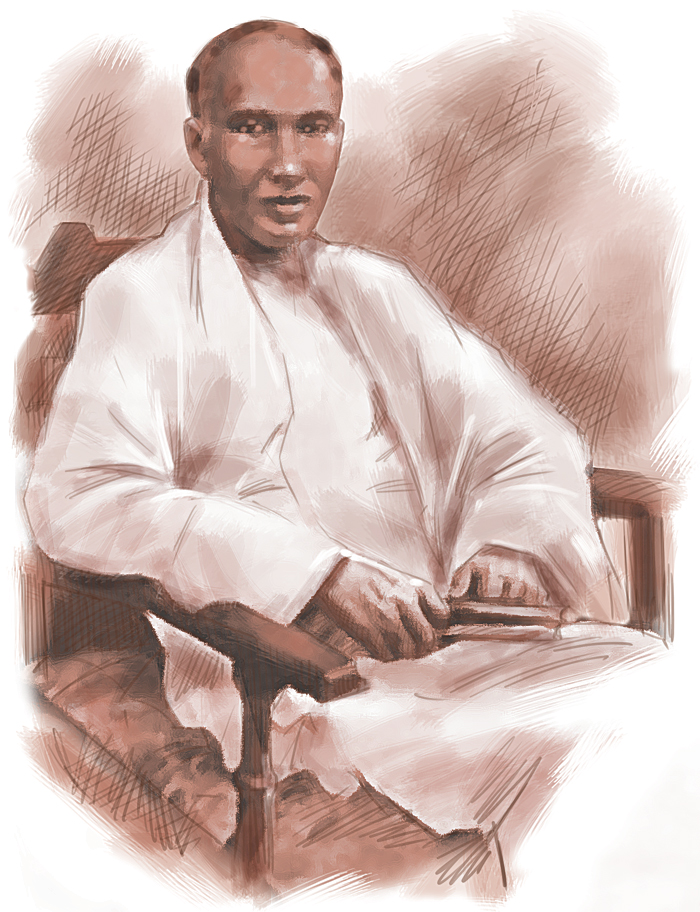 While he could have easily made a life for himself in England, Pramathanath Bose— a nationalist to the core — chose to return to India.
Sourced by The Telegraph
Chittabrata Palit   |   Published 19.01.20, 10:52 AM

Pramathanath Bose, a scientist and geologist who lived in the 19th century, has many firsts to his name. Marked by an ardent passion for geology, he pioneered mineral exploration in India and was responsible for the Tatas setting up a steel plant in Sakchi, better known as Jamshedpur.

Born in 1855 in Gaipur village in West Bengal, Bose completed his studies from Krishnagar College with flying colours before moving to Calcutta for further studies. In 1874, he graduated from St Xavier’s College. He travelled to England on the Gilchrist Scholarship to earn an undergraduate degree in science. Bose was in fact the first Indian to get a BSc degree from a British university. He went on to get a diploma from the Royal School of Mines. While he could have easily made a life for himself in England, Bose — a nationalist to the core — chose to return to India.

In 1880, he joined the Geological Survey of India (GSI) as assistant superintendent, the first Indian to hold this post. He served with great distinction for 20 years, assiduously attempting to promote industrial expansion by developing geological resources, particularly coal and iron ore. He discovered the Dalli-Rajhara iron ore deposits in what is now Chattisgarh, which became the captive mines for Bhilai Steel Plant, set up exactly a century after Bose’s birth. Mining started in the Ranigunj coalfields in 1774 but it was under Bose that the operations became systematic and structured.

Next, he turned his attention to Sikkim, not a favourable area for mineral extraction because of inaccessibility, rugged terrain, excessive rainfall leading to frequent landslides and a thick mantle of vegetation. Studies revealed that Sikkim was rich in deposits of copper, iron, lead and zinc, with traces of cobalt, gypsum, graphite, limestone, dolemite, gold, silver and tungsten.

Bose’s tireless efforts in Burma, now Myammar, too were rewarded by the discovery of a variety of minerals. Later, geological studies carried in the royal states of Indore and Kashmir too delineated vast areas with mineral deposits.

Bose’s work in the Narmada valley helped understand the rock structure of the Deccan as well as open up new areas of study such as petrology, historical geology, mineralogy and fossils. He could determine the age of fossils by the radio-carbon method. He located the Gondwana layer in the Deccan which connects Indian history with Africa. His theoretical as well as practical knowledge and his writings in the newsletters and bulletins of GSI helped contextualise Indian geology and elevated the study of Indian geological science in the world.

Bose discovered the unique carbonatite rock and means to extract minerals from granite. Due to his perseverance, the GSI was able to extract manganese and iron ore in Durg, Chattisgarh. In spite of this, Bose was superseded by his British junior, T.J. Holland, as director of GSI in 1903. Miffed, he resigned.

After his voluntary retirement, Bose became technical adviser to the Maharaja of Mayurbhanj. This area in Odisha is rich in mineral deposits, and while surveying it, Bose discovered abundant iron deposits at Garumahishani. It had not escaped Bose’s observation that all his previous discoveries were utilised by the British. This time, he arranged for swadeshi industrialist Jamsetji Tata to sign an accord with the king, Sriram Chandra Bhanjadeo, to establish Tisco (Tata Iron and Steel Company). According to Jamsetji’s biographer, Frank Harris, Bose suggested the factory be set up at Sakchi, at the confluence of the Subarnarekha and Kharkai rivers. He also inspired Jamsetji to set up the Indian Institute of Science at Bangalore.

Bose played a pivotal role in the establishment of the Bengal Technical Institute, now called Jadavpur University, where he was the first principal. He also held regular lectures at the Dawn Society and the Indian Association for Cultivation of Science. He understood that without economic development India’s progress would remain a dream.

Bose wrote books on science in Bengali, including Prakritik Itihaas, which explored the natural history of India. He also published three volumes of the History of Hindu Civilisation During British Rule. This great scientist, who died in 1935, was also a humanist greatly interested in the heritage and culture of India.