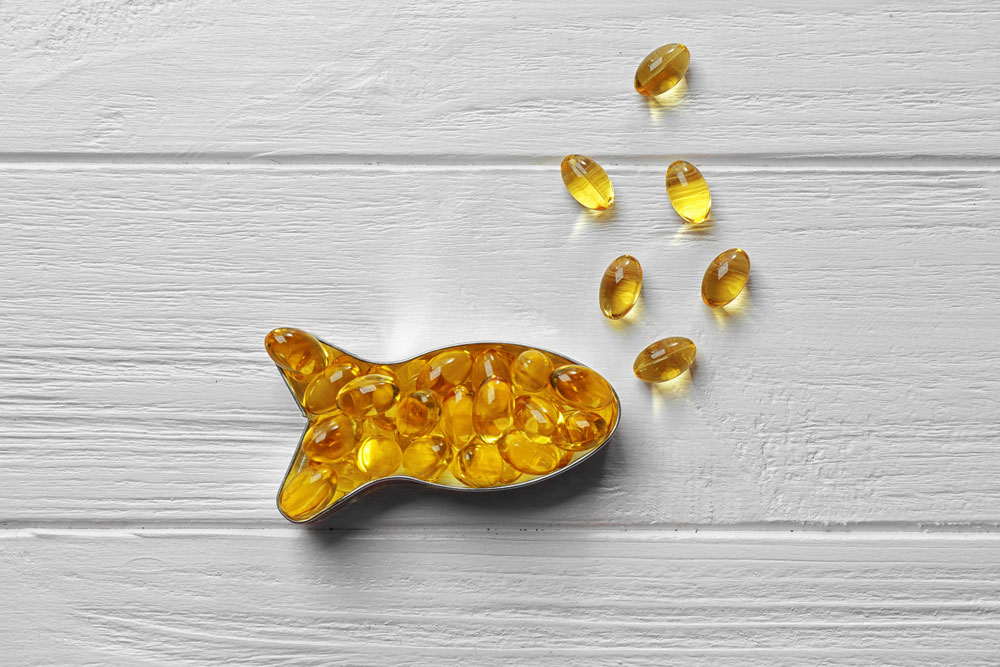 Their analysis of the pooled results of 13 clinical trials involving more than 120,000 adults worldwide has found that people who received omega-3 fish oil supplements had lower risks of heart attacks and other cardiovascular events compared with people who received placebos, or sham pills.
(Shutterstock)
Our Special Correspondent   |   New Delhi   |   Published 30.09.19, 08:44 PM

The new study, published in the Journal of the American Medical Association, provides the most up-to-date evidence on the effects of omega-3 supplements, the researchers from the Harvard T.H. Chan School of Public Health said.

Their analysis of the pooled results of 13 clinical trials involving more than 120,000 adults worldwide has found that people who received omega-3 fish oil supplements had lower risks of heart attacks and other cardiovascular events compared with people who received placebos, or sham pills.

These findings appear to contradict evidence published last year that purported to show that omega-3 supplements had little or no effect on heart disease, stroke or cardiovascular death. The 2018 Cochrane Systematic Review had assessed 79 trials involving 112,000 people.

Such pooled results — the so-called meta-analyses — are significant because they seek to extract key messages from multiple studies, at times with contradictory results. While several studies have established that eating fish can lower the risk of heart disease, the results of clinical trials with omega-3 supplements have been inconsistent.

The new study suggests that the higher the doses of omega-3 supplements, the greater the risk reduction observed in the people who took the pills.

“Although public health recommendations should focus on increasing fish consumption, having a heart-healthy diet, being physically active, and having other healthy lifestyle practices, this study suggests that omega-3 supplementation may have a role in (some) patients,” JoAnn Manson, professor of epidemiology at Harvard Medical School, said in a media release.

The results have shown that people who took daily omega-3 supplements had an 8 per cent reduced risk of heart attack and death from coronary heart disease. A dosage of 840mg per day, used in most of the randomised clinical trials assessed, appear to provide greater reductions in the risk.

However, the Cochrane 2018 review, based on trials on men and women from North America, Europe, Australia and Asia, had found no protective effect.

Cochrane’s lead author, Lee Hooper from the University of East Anglia in the UK, had in a university media release said last year: “We can be confident in the findings of this review which go against the popular belief that long chain omega 3 supplements protect the heart.”

Rakesh Yadav, a senior cardiologist at the All India Institute of Medical Sciences, New Delhi, said he was not surprised at the contradictory results.

“Meta-analyses are largely based on statistical analyses of multiple studies — the answer can only come from very large randomised control trials,” he said. “As of today, there is no cardiology guideline that recommends the use of these supplements as part of standard therapy.”