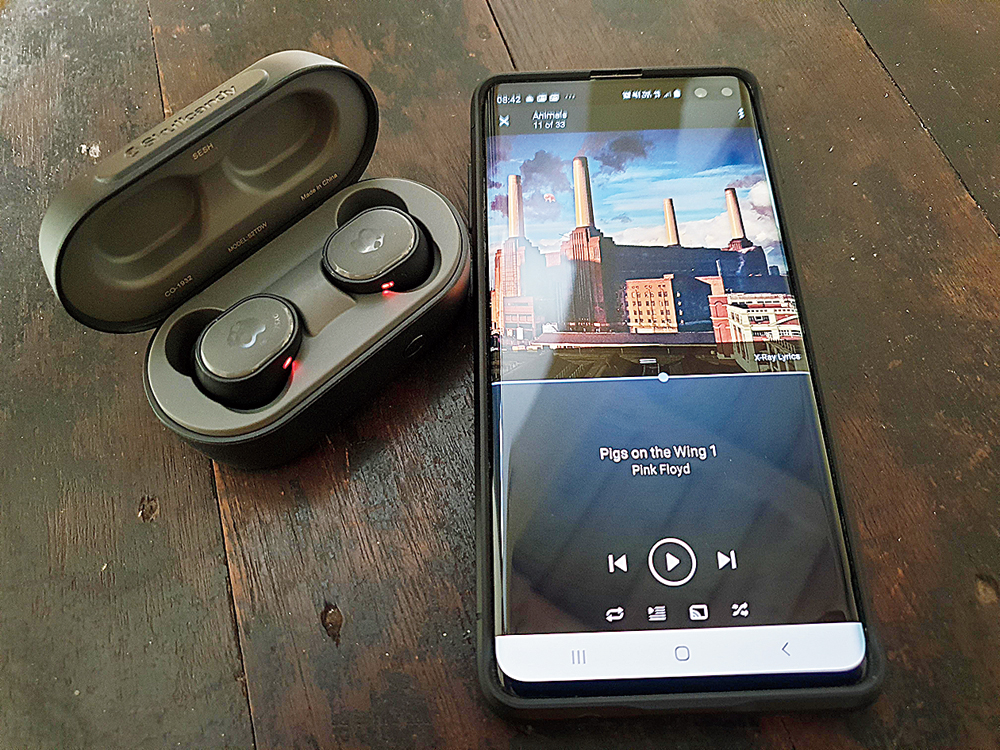 So far, two of my wired Skullcandy earphones have been filched while attending conferences here and there, giving an opportunity to switch brands. The answer has been ‘no’ simply because Skullcandy delivers what many brands don’t — good sound at down-to-earth prices. Be it transcribing interviews or listening to music on the go, the brand delivers clarity. But when Skullcandy Sesh got delivered, the question on the mind was: Can a person who is used to Galaxy Buds and Sony noise cancelling wireless earphones get through a week using the Sesh? Here’s how it went.

First, juice up the earbuds by charging the case. To pair, turn on the Bluetooth and then take the earbuds out of the charging case. It should easily pair. The case looks slightly bulky but that aside, there is a power indicator, which is helpful. The earbuds easily fit the ear canal and doesn’t come across bulky even if you listen to music for 30-45 minutes at a stretch.

Next, the buttons. Each earbud has a physical button near the Skullcandy logo and they perform different functions. Pressing the button on either earbud will pause audio streaming and to resume, press again. Pressing the button on the right earbud for two seconds will skip to the next track and the left button helps to rewind. Two presses on the left earbud lowers the volume and two presses on right earbud increase the volume. Three presses on any of the earbuds open the default voice assistant of the phone. To accept a phone call, press either bud once and to end a call, do the same. To reject a call, rest and hold either bud for two seconds. Phew, the buttons take some getting used to, especially if you are already using earbuds from other brands. Of course, most people use the same wireless earbuds everyday, making it easier to get used to the functions. Once placed in the charging case, red lights on the earbuds indicate that the device is being charged.

Frankly, we were not expecting clarity in the opening bells and chimes of Pink Floyd’s Time but Sesh delivers well. Neither did we expect The Beatles album Abbey Road (remastered) to be played out in full on the Sesh but it did. The problem lies with albums like The Beach Boys’ Pet Sounds, which is a galaxy away from today’s bass-heavy sounds. There is complexity, some of which are not captured well on the Sesh. But this verges on nitpicking because one usually listens to music during morning runs or commute when the focus is elsewhere. And the Skullcandy device delivers excellent results at Rs 5,999.

Even the microphone does a good job and hands-free calls don’t pose issues. As for battery, a full charge is supposed to offer three hours of music and we got around that much. And one can charge the earbuds two to three times because the charging case offers 10 hours of charge. The only problem is charging time for the earbuds inside the case.

Skullcandy’s Sesh is robust, offers sonic clarity and is sweetly priced. If you are looking for buds for the gym or commute (IP55 sweat, water and dust resistant), these are perfect.