Technology’s march and its most Orwellian fears 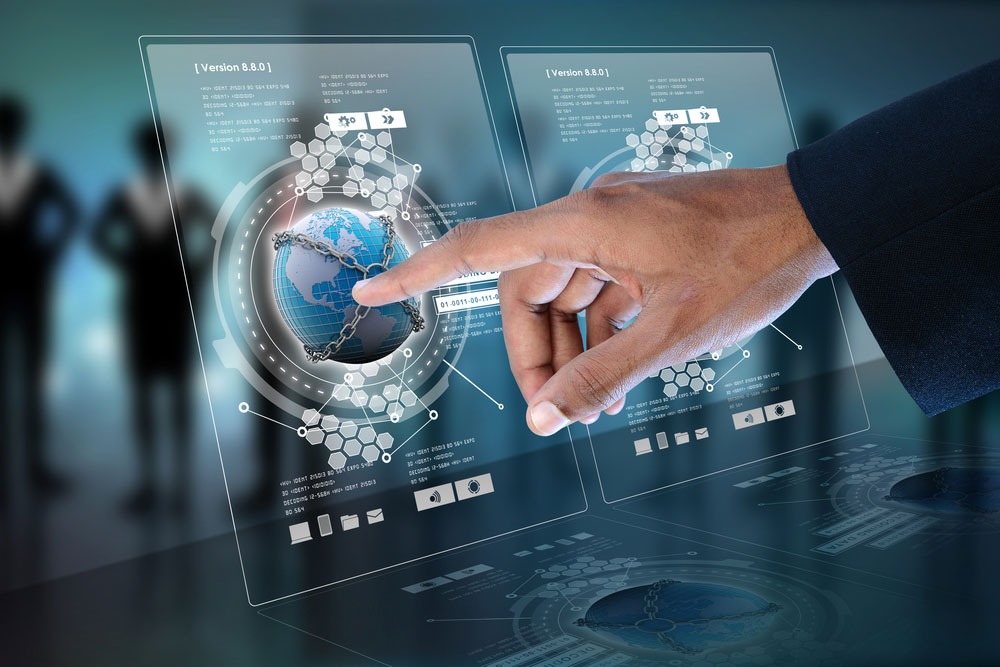 The most Orwellian fear arising from technology’s march is that privacy and political freedoms could be the biggest casualties.
Shutterstock
Paran Balakrishnan   |   New Delhi   |   Published 31.12.19, 01:06 PM

When we corked open the champagne on January 1, 2010, we believed technology was a force leading us to a digitally enabled Promised Land. In the bright future that beckoned, all the world’s knowledge would be at everyone’s fingertips and 1984 would be just another book on the shelf rather than one that should be re-read for its cautionary tale of modern tyranny.

Fast-forward as we ready to uncork the champagne once again, this time to greet the Roaring ’20s and even more disruption than we saw in the teen decade lies ahead. Quick-fire technological change has opened up whole new landscapes and minefields. Back in the early days of the past decade, we still thought we’d shape technology.

But as technology’s advanced, it’s been radically reshaping us -- from the way we live, meet, eat, buy, travel, get news -- real or “fake”, communicate, listen to music. Alexa and Siri have come into our lives in India, along with Airbnb and Uber. We’re ordering merchandise from Flipkart and Amazon on a massive scale. Robots no longer walk stiffly -- watch Boston Dynamics’ robots as they run, jump and climb at breakneck speed. Also, while you’re at it, catch “Sophia, The robot full interview.” on YouTube. Sophia’s a social humanoid robot developed by Hong-Kong’s Hanson Robotics, who says: “I am human-crafted science-fiction character depicting where AI and robotics are heading.” Sophia has already made it to India more than once.

In the past decade, you’ve shifted to banking online (banks are not employing as many of those friendly tellers as a result). Many more occupations will go with what’s being called the “automated revolution.” McKinsey forecasts up to 800 million jobs -- those of lawyers, healthcare workers, journalists, pizza delivery people and other occupations -- could disappear worldwide by 2030. Right now, though, that’s not happened and you’re happily working from home as you can be “virtually” in touch with your office 24x7. 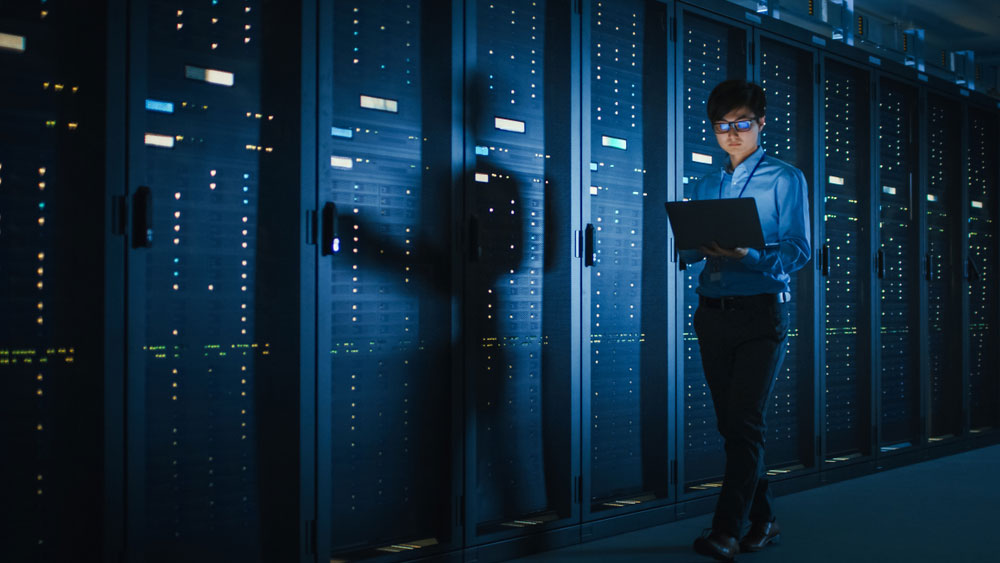 The most Orwellian fear arising from technology’s march is that privacy and political freedoms could be the biggest casualties. Data-mining means private companies already may know all about your purchasing-and-credit history, medical records, favourite foods, political views -- in fact pretty well everything. Then, there’s facial surveillance technology tracking who’s where, when and with whom. Chinese companies like Megvii lead the way in facial recognition technology, reportedly being tested in 52 countries.

Facial recognition technology is employed at Indian airports – it’s being tested at Bangalore, Delhi and Hyderabad airports, and the government says it plans to roll it out nationally to fight crime. For better or for worse, though, India’s still far behind China in using the technology. China, according to estimates, has 626 million surveillance cameras in operation.

There are major concerns about using face recognition as AI can make mistakes. Brian Brackeen, founder of US face-recognition firm Kairos, says imperfect algorithms and poorly designed implementations increase chances “for bad outcomes.” In the US, “Americans are now unwittingly open to be analysed and categorised based on their appearance. This ‘intelligence’ could then be used to ‘flag’ individuals for further assessment by authorities. At public gatherings, sporting events, national celebrations and even political rallies or protests, people’s privacy is at risk,” Kairos told TNW.

Technology’s still out there making our lives vastly better, especially in healthcare -- from early-stage diagnosis to drug discovery and improved therapies. The next decade could see massive achievements in areas from identification of genetic-risk factors for disease, to increased harnessing of patient immune systems to fight illness.

But even the editor of tech-bible Wired admits his publication, which once took a ra-ra view of all technical advances, now looks upon the world of algorithms and bits and bytes with more scepticism. Awareness is rapidly growing that our very thoughts and intentions can be read. Anyone who’s used Google knows one query about, say Mumbai, will be followed by a spate of cheap ticket and other offers. 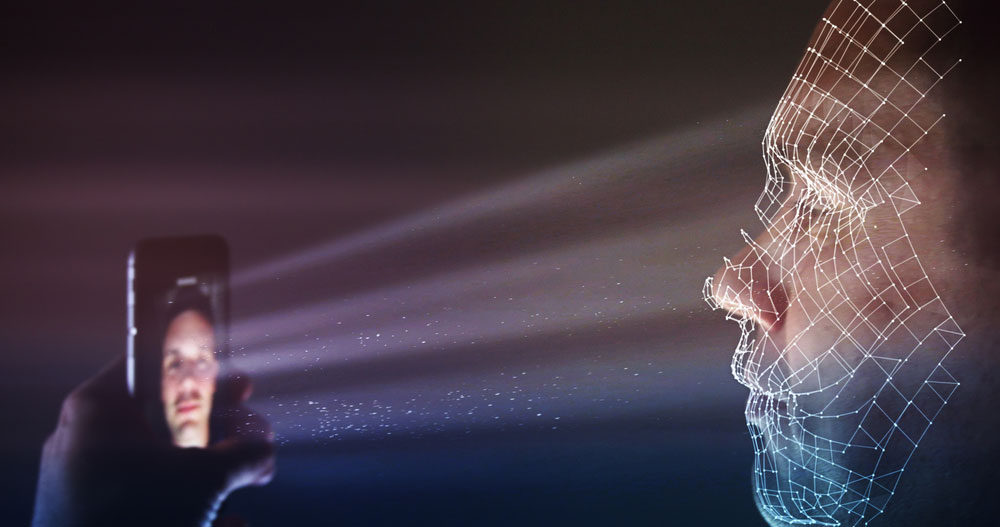 Technology experts say it’s the first time recognition software has been used to screen an Indian political rally. Police said it was the same automated facial recognition system (AFRS) software the force installed to identify missing children and insist they used the software at the rally because of intelligence inputs about “possible disruption.”
Shutterstock

Don’t imagine that the moment of reckoning about whether technology will dominate our lives or if we can find a way to control it for everyone’s benefit is far off in the future. The future’s already upon us. Delhi police just announced they employed facial recognition software at Prime Minister Narendra Modi’s political rally December 22. Technology experts say it’s the first time recognition software has been used to screen an Indian political rally. Police said it was the same automated facial recognition system (AFRS) software the force installed to identify missing children and insist they used the software at the rally because of intelligence inputs about “possible disruption.” Each person at the rally was recorded on a camera-fitted metal detector gate and the live footage of the attendees was then matched to a facial datasheet in five seconds, an Indian Express report said.

During the last few weeks, police forces around the country have also been using drones and cameras to keep an eye on protesters to identify potential “law-and-order” violators. “From building an underlying database of people from public protests to running it on crowds of people attending rallies, this directly impairs the rights of ordinary Indians from assembly, speech and political participation,' says Apar Gupta, IFF’s executive director. 'The use of the system for profiling and surveillance at public congregations is illegal and unconstitutional. It is an act of mass surveillance,' he adds.

There’s worry not only in India but around the world that cooperation between tech firms and governments could be a story with an unhappy ending. Keeping technology at bay was about the last thing Indians did during the Teen Decade. This was the decade that belonged, above all, to the smartphone and social media. In 2010 there were about 150 million smartphone users in India and that number’s forecast to hit 402 million in 2020. As the phones got better and data became cheaper thanks to the ‘Jio Effect,’ India has become an Internet superpower. 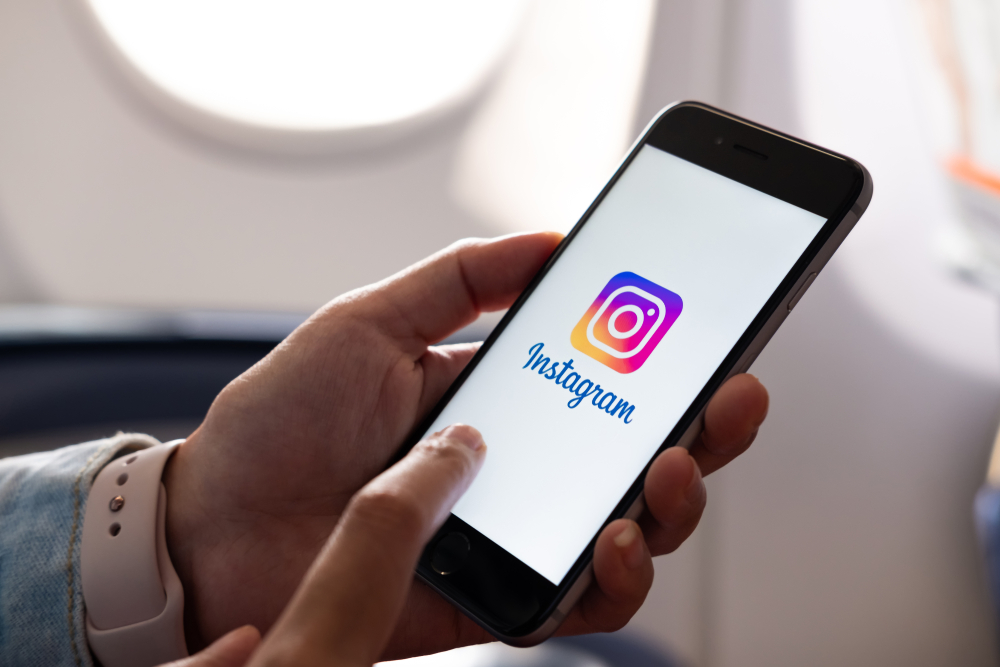 Look at Instagram, for instance. India, with 73-million users, gets a podium finish, coming in second after the US, which has 116-million users. In terms of numbers, India’s a giant jewel in the crown for all social media players.
Shutterstock

Look at Instagram, for instance. India, with 73-million users, gets a podium finish, coming in second after the US, which has 116-million users. In terms of numbers, India’s a giant jewel in the crown for all social media players. WhatsApp has 1.5-billion users worldwide, out of which some 400 million are reckoned to be from India. That’s up from 250 million in 2017. What’s more, WhatsApp doesn’t seem to have serious competition in India.

Similarly, Facebook had 1.5-billion daily active users globally in December and attributed its better-than-expected numbers to Indian and other emerging-market growth. TikTok, the newest social-media player in India, says it has 200-million users here. All the social media companies now are seeking innovative ways to turn India’s huge user base into hard cash, including TikTok, which is looking at a subscription-based music streaming service. Also, on a screen near you, Netflix is also spending heavily in India but discovering that this is a competitive market.

But just as we’ve gotten used to it, Internet access can also be taken away. There’s use in India and in many countries of an authoritarian bent of what’s known as “digital isolation.” India’s government has been increasingly using Internet shutdowns as a frontline method of controlling unrest or potential unrest. There’s been a string of Internet shutdowns amid spiralling protests against the new citizenship law and these blackouts elicited praise this month from China’s People’s Daily Online. The state-run media outlet said, “India’s shutting down (the) Internet in a state of emergency should be standard practice for sovereign countries.”

India reported over 100 Internet shutdowns in 2018, topping a list of 65 countries which suspended Internet access, according to an annual report by Freedom House, a US-based non-profit research group. (China is ranked as the world’s worst abuser of Internet freedom by Freedom House).

Regions hit by Internet shutdowns in 2019 have included Kashmir (its 145-plus day Internet blockade is what The Washington Post calls the longest Internet blackout “ever imposed in a democracy”), the northeast, Arunachal Pradesh and parts of Delhi, Uttar Pradesh, West Bengal, and Karnataka. In Africa, governments routinely shut down the Internet around election time. More technically advanced countries like China monitor the entire Internet and block search engines like Google and social media networks such as Facebook, Twitter and YouTube. Russia uses China’s method of centrally controlling data traffic. Iran, too, blocks sites like Facebook and Twitter though Google’s easily accessed there. But when Iran’s ayatollahs faced big demonstrations in November, some regions of the country had no connectivity for two weeks.

In India, rights campaigners say their biggest worry for the future is about safeguarding personal and political freedoms. Just in the past year, the government’s stonewalled questions about who used the Pegasus spyware and the Personal Data Protection Bill has far more extensive surveillance powers than initially proposed. Freedom House says “governments around the world are tightening control over citizens’ data and using claims of fake news to suppress dissent, eroding... the foundations of democracy.” The challenge for the coming decade, say Indian privacy activists, is to make sure technology isn’t used to bury political rights and freedoms in the world’s largest democracy.