Advertisement
Home / Science-tech / Samsung lives up to its consumer expectations

Samsung lives up to its consumer expectations

Galaxy S21 Ultra 5G: You will fall in love with the phone, literally 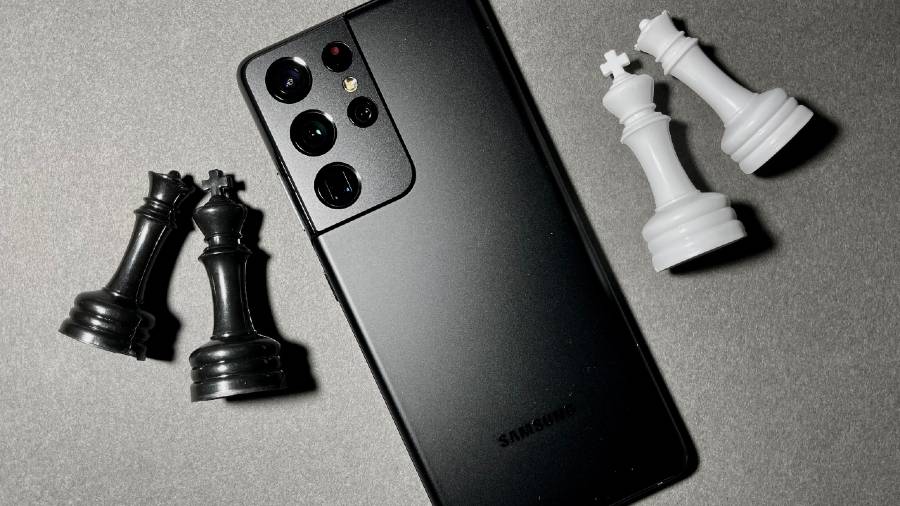 The pandemic has made Samsung think straight. The company is hoping that the pandemic-weathered consumer will eye its flagship devices which are important to the company’s handset business. Instead of following a cookie-cutter recipe, the South Korean company lives up to the high expectations consumers still have from flagship devices, which for Samsung is the Galaxy S series. We had a chance to experience the glitziest member in the series — the Samsung Galaxy S21 Ultra 5G, which has set a high standard for its competition in 2021. Refreshed design? Check. Camera experience minus hiccups? Check. Lightning fast? Check. There’s much more. Let’s dive in. 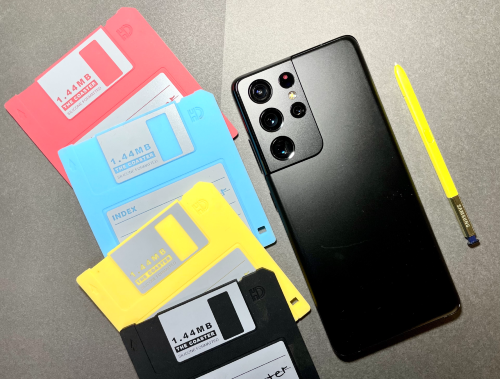 By adding the S Pen support to Galaxy S21 Ultra, Samsung has opened up possibilities for its folding phones to shine on their own.
The Telegraph

The Galaxy S series has inherited the Note series’ highlight feature — the S Pen stylus. Some background: The first flagship phone launch of the year for the South Korean is always the Galaxy S phone and then in August appears the other flagship — the Note phones. Last year, the company finally got its foldable phones right, be it the one that opens like a book or the clamshell design. Galaxy Z Fold2 and Galaxy Z Flip look promising enough to spawn a series of its own. It’s like having a new superhero series. The possibilities are endless.

I have a couple of S Pens, one from Galaxy Note9 and the other from Note20. It was eerie to see the stylus work on the Galaxy S phone as well as it does on the Note. In way of usage, anybody familiar with the S Pen knows the high degree of efficiency the stylus offers, be it taking down notes, doodles, painting or air gestures.

So should the Note be put out to pasture? There are many artists who swear by the S Pen, making it easy to come with rough sketches. Plus, the phone comes with a pouch to hold the joey.

Now the contrarian in me. Note is for power users. Agreed. But aren’t the new foldable phones for power users too? And waiting for the latest Note to release in August is way too long. I would rather see the next Samsung Fold fight it out with the next iPhone series members. Plus, the S Pen adds to the phone’s cost. If somebody needs it, buy it separately. 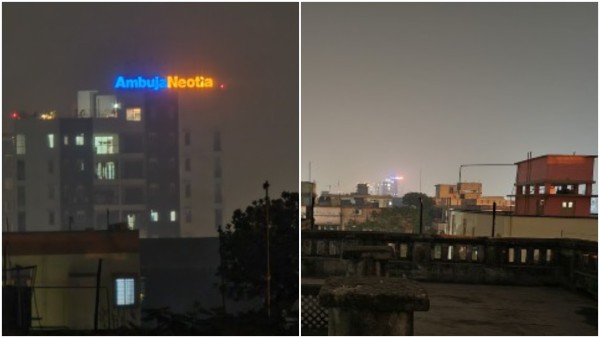 The 100x space zoom feature on the phone has been drastically improved. Now with dual telephoto lens plus laser autofocus, it’s easy to take shots of distant objects. We tried to capture (at 40x zoom) the distant skyline at 8pm under terrible lighting. The result is surprisingly good.
The Telegraph

The big dawg in the house: Camera module. Yes, we have seen the 108MP main shooter on the Galaxy S20 Ultra but there were issues with autofocus and stabilisation during space zoom. Samsung has ironed out all the chinks in the armour and made it tougher than before.

Though we will have a separate article looking at the camera set-up in the next few days, here’s a quick look. There’s no dearth of hardware in the camera section. The four lenses are interesting — 108MP main shooter, 12MP ultra-wide and there are two telephoto lenses — one a 3x and the other is a 10x (which helps with space zoom up to 100x). Why?

There are two kinds of audience groups. The first likes to zoom in 2x or 3x max, which is what the iPhone 12 Pro Max also has (2.5x zoom). Then there are people who like to zippity-zoom all the way, like 10x and beyond. Once you go 10x, the periscope-style tele camera is able to capture a lot of details. It’s mindboggling and there is a good amount of stabilisation. Between 3x and 10x we guess it’s digital zoom which algorithms take care of pretty well. The main camera can capture 120bit HDR photos, meaning many folds richer colour data and better dynamic range compared to the S20 Ultra.

Auto-focussing has just got a big leg up with laser-assisted focussing. It was an issue on the predecessor. The Lidar system on the iPhone 12 Pro works differently — it not just helps focus faster but comes to the rescue at night, under uneven lighting. With the S21 Ultra, focussing is very good but under terrible lighting, it takes a bit (ever so slightly!) longer than on the iPhone 12 Pro.

The big catching up S21 Ultra offers is in the video department in which Apple has a big lead. The marketing line for Samsung will be 8K videos, something that’s gorgeous on the device, complete with the ability to capture stills from the video with the resulting file size being 33MP.

More enjoyable is that you can shoot up to 4K at 60fps across all cameras; the four rear sensors are capable of UHD high frame rate capture, which makes life easier for content creators. Cinematic clips, here we come.

And equally enjoyable is the Director’s View mode, which is actually a true iPhone competitor in some ways. Here’s how it works: While shooting videos in this mode, you can switch to any camera mode with a simple tap; you can even move between front and back while there is the ability to shoot back and rear feeds together. A few more tweaks and it will reach FiLMiC Pro grade. Lighting and colour saturation don’t get affected while switching between lens.

The Pro Video mode is another dekko-worthy function if video is something close to your heart. There are a number of functions to choose from. A personal favourite will be the way audio gets recorded. You can switch between audio feeds being picked up by your phone’s microphones as well as your wireless earbuds. It’s up to you. 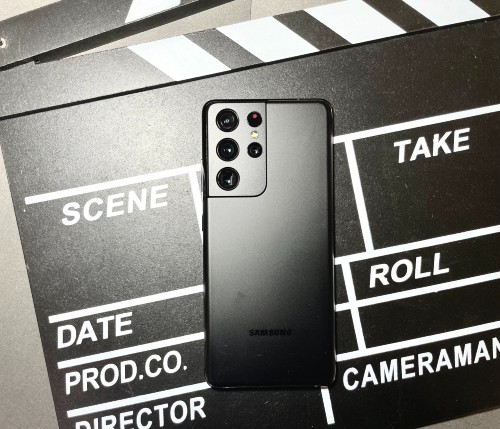 The Samsung Galaxy S21 Ultra is the new video and photography champion.
The Telegraph

Let’s address the elephant in the box: Missing charging brick. Instead of thinking of it as Samsung trying to take a leaf out of Apple’s recent strategy, I simply think it’s a move that makes environmental sense. Look around the house and there are plenty of charging bricks lying around. Use them, reuse them. The phone’s 5,000mAh battery is powerful enough to last at least a day. Instead of spending the small hours of the morning catching up on Twitter feed, it makes more sense to put the phone on charge while you catch some sleep. Wake up refreshed — you and the phone.

The second good news is we can remap the Bixby button. By default, the power button has Bixby but you can remap it from settings.

Also not in the box: earphones. Wireless earbuds is a trend and has made considerable progress. 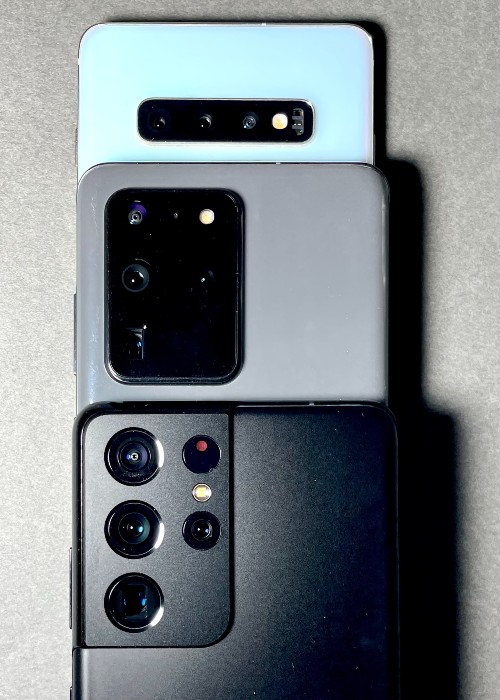 The wraparound metal design rocks and makes the S21 Ultra as unique as any of the numbers in the iPhone 12 series. There will be no mistaking when you hold up your new Samsung device. The review device we have is the Phantom Black; it’s black as the night. There are no sharp edges while the finish is just perfect, minus all the grubby fingerprints.

Plus, the screen. Oh, the screen! It is the best you can have — Android or iOS. The company has crammed in everything — a 6.8-inch 3,200 x 1,440 OLED display, with refresh rates up to 120Hz. You don’t have to worry about the screen sapping up battery life. The adaptative 120Hz option makes life good.

One of the biggest worries Samsung has had to deal with for years is its in-house processor Exynos. No longer. Exynos 2100 runs the show here and it’s as good as the Snapdragon 888 version that’s available in some markets. In fact, Samsung should stick to its own processor. Amazing gaming experience. Amazing battery life. 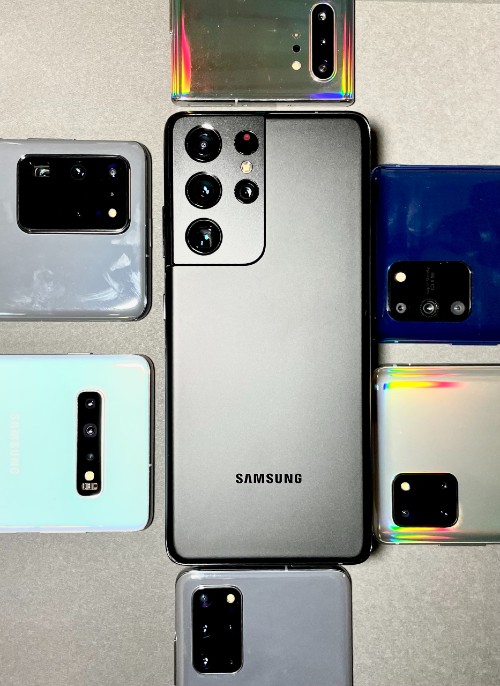 The shooters on the Samsung Galaxy S21 Ultra don’t oversaturate pictures and the autofocus is sharp.
The Telegraph

Samsung’s move to drop its signature microSD support on S21 Ultra is a brave move. Upgrading to a higher storage model makes more sense than putting in an inferior quality microSD card. If required, move to Cloud storage.

When the Galaxy S phone first appeared, critics said it was big and expensive. It was basically innovative and out of the box. Over the years, every other brand has emulated Samsung to become big and expensive. With the Galaxy S21 Ultra (Rs 105,999 for 256GB storage and 12GB RAM), Samsung has come up with a head-turner of a phone with highly-refined hardware. It’s stellar. You will fall in love with the phone, literally.

• The screen looks hyper-smooth with a 120Hz refresh rate (it can automatically slow down when not needed; it’s adaptive)

• The fingerprint reader could have been on the power button; it’s easier to access