All eyes are on the powers the S Pen would wield 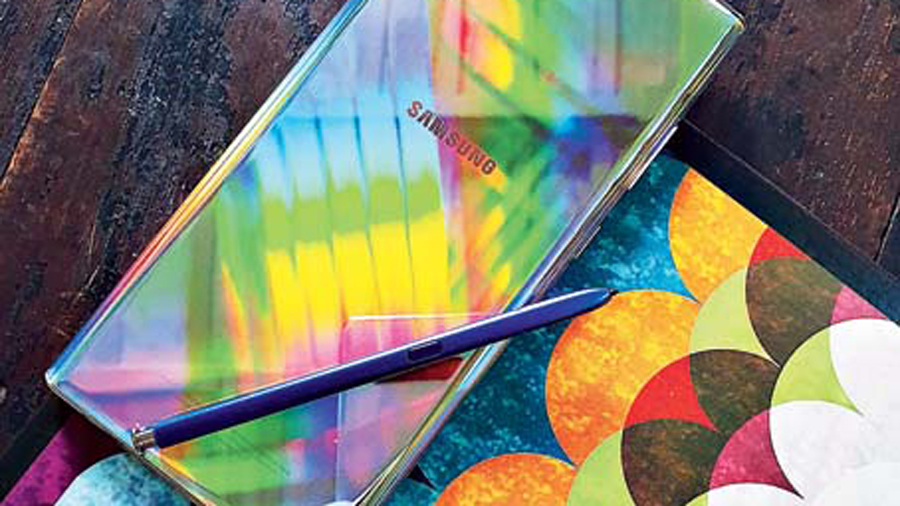 In tech world, we have entered the ‘more month’. Yes, it’s that time of the year when Samsung announces its new Galaxy Note devices, which is about the fastest processor, max battery life, more features and, of course, the S Pen. The Note is high on loyalty factor as it ups one’s productivity quotient.

When Samsung originally unveiled the big smartphone in 2011, critics were not generous with their words. “A 5.3-inch display? Oh god!” That was the general thought. Critics were wrong. Steve Jobs too wasn’t kicked about the stylus concept. According to Stephen Fry, when the Apple founder was asked if the iPhone would come with a stylus, he said: “Nature took millions and millions of years to provide us with ten perfect styluses. Why insult her by adding another, less efficient one?” What the Note did was give rise to a new category and spawn copycats.

Samsung made the stylus stylish without compromising on the productivity factor. When the new Note launches on August 5, expect a whole lot of features. Going by the buzz, we expect the company to have least two Note phones (some predict three), including the Note 20 Ultra. Leaked images and videos show the Note20 Ultra to have “folded” periscope zoom lens, “allowing for the kinds of zoom that, until recently, were difficult to pull off in the limited space allowed by a smartphone”. But what we are interested in is the S Pen, which will reportedly have a new “pointer” mode that would allow the user to remotely control an on-screen cursor, which is a big step in the gesture control department.

Thanks to Samsung’s efforts to keep the stylus alive, now many major brands sell it as an accessory. iPad and iPad Pro support the Apple Pencil. Microsoft has one for its Surface devices. Yes, the tool on a Samsung device makes it easy to take selfies but the Note is primarily for people who take down a lot of notes on the move or have to indulge in serious art work.

The South Korean company is, in fact, in the midst of interesting developments. It has not only managed to ramp up its online presence, the electronics giant has some good initiatives to find the best talent from across India to help with feature developments. Called PRISM or Preparing and Inspiring Student Minds, the programme, run by Samsung R&D Institute Bangalore (SRI-B), aims to involve engineering colleges that are in the top positions of India’s National Institutional Ranking Framework rankings.
Also working in its favour is the fact that the company has the world’s largest mobile phone manufacturing plant on the outskirts of New Delhi, which ensures there is zero product delay even during the pandemic.

All eyes are on August 5 when the new Galaxy Note will arrive and also expected to be unveiled are new Galaxy Foldables, wearables and wireless earbuds. The S Pen has always had a reason to exist and with the years, it just keeps getting better.