18-year-old Amal Pushp had sent his paper on black hole astrophysics to physicist Partha Ghose, who endorsed it for publication 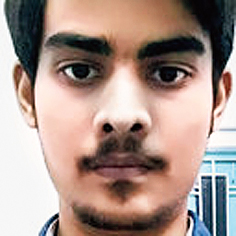 Britain’s Royal Astronomical Society has elected an 18-year-old Class XII student from Patna as a fellow following his nomination by a top British astronomer who had seen the boy’s scientific output.

Amal Pushp is described on ResearchGate, an independent social networking site for the scientific community, as an “independent researcher” in Patna who is involved in physics and cosmology but is a student at Delhi Public School.

Amal has said in an email that the RAS elected him as a fellow after Lord Martin Rees, emeritus professor at the University of Cambridge who holds the title of Britain’s Astronomer Royal, nominated him.

“Amal was elected at the age of 18 (the youngest age possible) and nominated by the Astronomer Royal Lord Rees,” Robert Massey, a deputy executive director at the RAS, told The Telegraph on Wednesday via email.

The RAS says its fellowship is open to anyone over the age of 18 whose application is acceptable to the Society. It keeps its doors open for undergraduates.

“Around half the Fellowship consists of PhD-level professional scientists, a quarter are postgraduate researchers or retired scientists and the remainder are amateur scientists and undergraduates,” its website says.

Amal had sent his paper on black hole astrophysics to eminent Indian physicist Partha Ghose, former professor at the S.N. Bose National Centre for Basic Sciences, Calcutta, who found it “interesting” and endorsed it for publication.

In an email to Ghose, Amal has written: “It was you who was impressed with my research at first and believed in me without knowing me personally and even gave me endorsement, which I will never forget in my life.”

Ghose told The Telegraph he was “amazed” at the content of the paper that an 18-year-old boy had sent him and “endorsed” it because special talent needed to be encouraged.

“This is absolutely amazing — a fellowship from the RAS is a top honour. We need to find ways to encourage talent in our country too,” Ghose said. “I hope he gets into an excellent undergraduate institution and keeps up such work.”

Ghose said it was worrying that science education in India was so heavily skewed in favour of rote learning and earning marks that many exceptional students risked not being recognised.

DPS Patna principal B. Vinod said Amal was “working hard” for his Class XII exams, scheduled in early 2019. “He is very focused on astronomy and cosmology, but we’ve told him he also needs to concentrate on other subjects for this exam,” Vinod said.

Several other physicists in India who have seen Amal’s work say they have been surprised by the fellowship but were similarly impressed by the content of his paper.

“His paper was a valid physics paper, impressive for someone in high school, but not at a level that I’d consider suitable for publication in a scientific journal,” Nirmalya Kajuri, a theoretical physicist at the Institute of Mathematical Sciences, Chennai, said.

Sourabh Dube, a physicist at the Indian Institute of Science Education and Research, Pune, said Amal had written to him seeking information about admission to the IISERs.

“Unfortunately, we have only rigid exam-based entrance routes to our top institutions,” Dube said. “We don’t have formal mechanisms to take talented people who may not do well in exams.”