Besides being a powerhouse, it can also ignite the passion for serious photography and videography 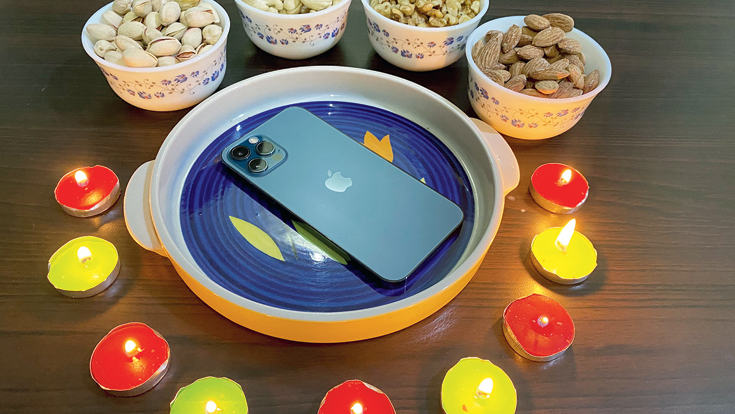 With the new iPhone series — iPhone 12 Mini, iPhone 12, iPhone 12 Pro and iPhone 12 Pro Max — comes the issue of choices and pricing. Let’s get four things out of the way. First, the hardware on the new iPhone series is ahead of its competition by a mile and some more. Second, the phones look spectacular. Third, the four phones collectively are second to none in the camera and video departments. Fourth, they are trouncing rivals by way of performance though pricing remains as subjective as ever.

So which one to choose? While we wait for the iPhone 12 mini and Pro Max to arrive for review, I would say the iPhone 12 is sufficient for most users while the iPhone 12 Pro is for those who are learning the ropes in the camera department while — going by the spec sheet — the Pro Max has in its crosshairs who believe that phones will continue the tectonic shift in photography and videography. 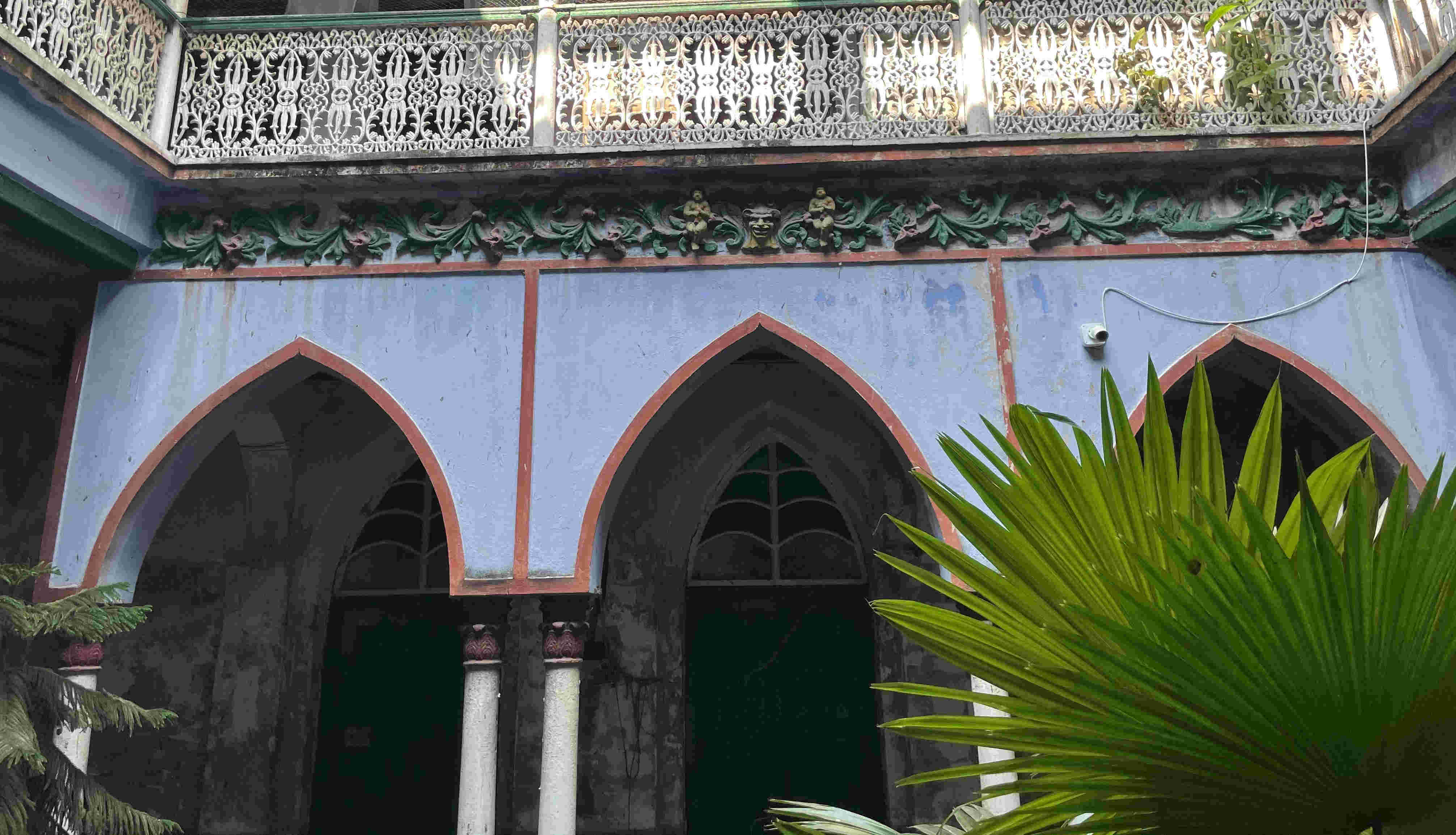 On the iPhone 12 Pro, daylight photography is given as much importance as pictures taken at night. Here are two comparison shots, one taken around noon and the other around 6pm with just an indirect source of light.
The Telegraph 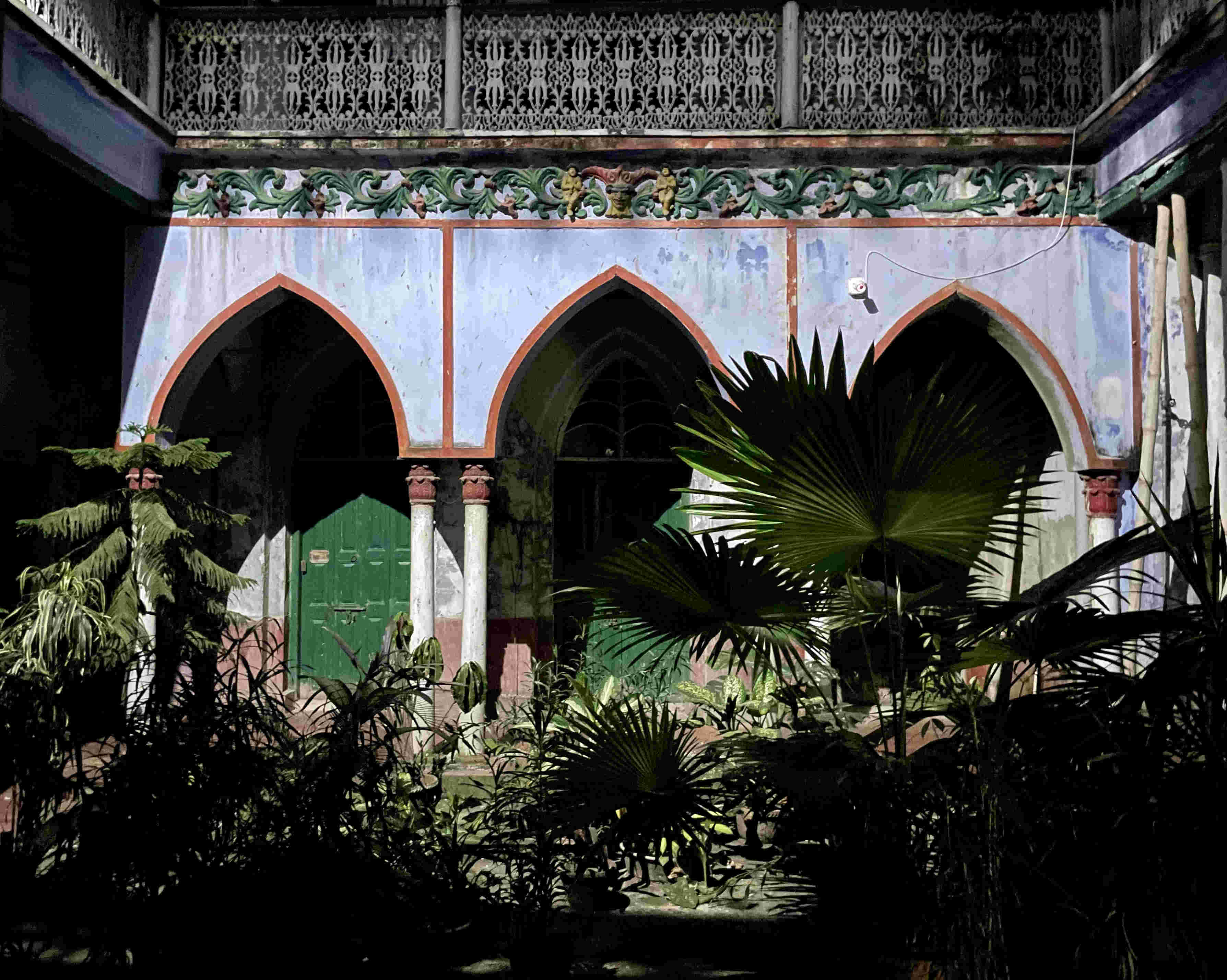 On the iPhone 12 Pro, daylight photography is given as much importance as pictures taken at night. Here are two comparison shots, one taken around noon and the other around 6pm with just an indirect source of light.
The Telegraph

When the iPhone 11 Pro arrived, I thought it was a dream come true. The device from last year continues to beat almost all recent phones. Only by using the iPhone 12 Pro, I understood the big improvement.
Side by side, telephoto shots taken using the two Pro models throw up differences — there is a good deal of sharpness now… sharpness that can only be appreciated beyond social media photos. Second, the night mode and Deep Fusion technology, which was introduced on the iPhone 11 Pro, have made great strides.

What is most interesting this time is the f/1.6 aperture on the wide-angle lens over last year’s f/1.8. How does it help? In the traditional camera world, lens allowing f/1.8 are priced lower but when you move to f/1.4 it’s costlier and f/1.2 is expensive. Say you have a dedicated camera. The aperture works like the iris in our eyes. The more you open it up, the more the amount of light. So lower the f-stop, larger is the aperture and more the amount of light, better low-light performance and faster shutter speeds. Every little increment also means a change in pricing.

Next, consider the Samsung Galaxy S20 Ultra, which is a fantastic phone with a good camera set-up. The wide lens allows f/1.8. Apple has improved the performance substantially. Helping the situation is the new seven-element lens, which Apple says allows 27 per cent more light into the sensor; there is very little noise in photos.

Not just hardware, there are also major improvements on the software side. Turn off most of the lights to allow the night mode to kick in. On the iPhone 11 Pro, the ultra-wide struggles a bit in low-light though it’s better than most Android phones. On the new phone,  computational photography and Night Mode are constantly in top gear, thanks to the new Bionic A14 processor.

An addition to the back of the camera set-up on the Pro model is the Lidar scanner, which we first saw on iPad 2020. What it does is scan the room or environment instantaneously. Since it’s active in the dark, the cameras on the new iPhone work much better and very importantly, the focus is absolutely spot on and lightning quick (improves autofocus by 6x in low-light scenes). It also helps that the Lidar scanner helps apps and games that use augmented reality but then that kind of usage is for a subset of iPhone users. 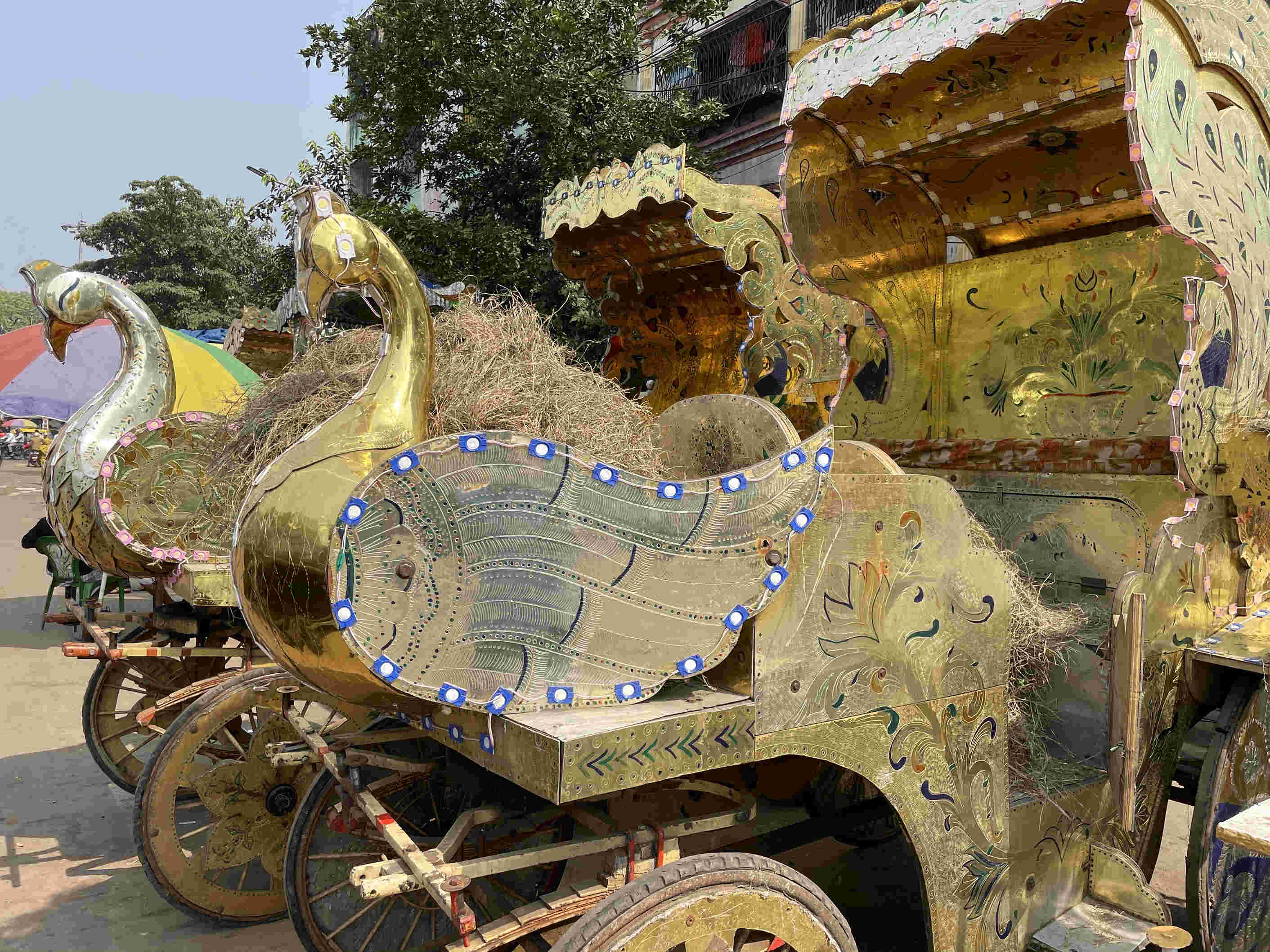 Every detail on the horse-drawn chariot gets captured without any overexposure.
The Telegraph

Video tech is ahead of the curve

What most people using Android phones often fail to understand is the video capabilities of the smartphone in general. Of course, I totally get the reason. Most of us take photos of what we are eating or wearing or seeing around us to illicit a post on social media. But in 2020, perhaps, the most important tool is video. Jimmy Fallon or Jimmy Kimmel wouldn’t have been able to last the pandemic had it not been for the outstanding cameras on the iPhone. And that’s just scratching the surface.

Video on the iPhone has been the best for many years; it’s no different this year. What Apple has done differently is introduce Dolby Vision HDR video across the new series. It’s very difficult to explain because there are some things that need to be experienced. HDR video with Dolby Vision will change the way we shoot videos on phones.

Dolby Vision takes advantage of the OLED, Super Retina XDR display for amazing contrast during capture and video playback. The videos you see on social media get published in standard dynamic range. HDR means high dynamic range. But the technology we are talking about is different. Using it, the brightest part of a frame can get brighter, plus you can see more colours. Unlike HDR10, 10-bit Dolby Vision uses dynamic metadata to improve things in every frame. There is a jaw-dropping difference in terms of highlights and shadows. Helping Apple achieve it is the A14 Bionic processor which can process videos on the fly.

Being ahead on the curve can also be a problem. In case you’re recording in Dolby Vision, you need to have a Dolby Vision compatible display to view the footage. If I share the footage on YouTube, you will see it on standard dynamic range. Then there is the issue of sharing to other devices that support the technology. But like always, Apple is setting new industry standards, making others play catch-up. 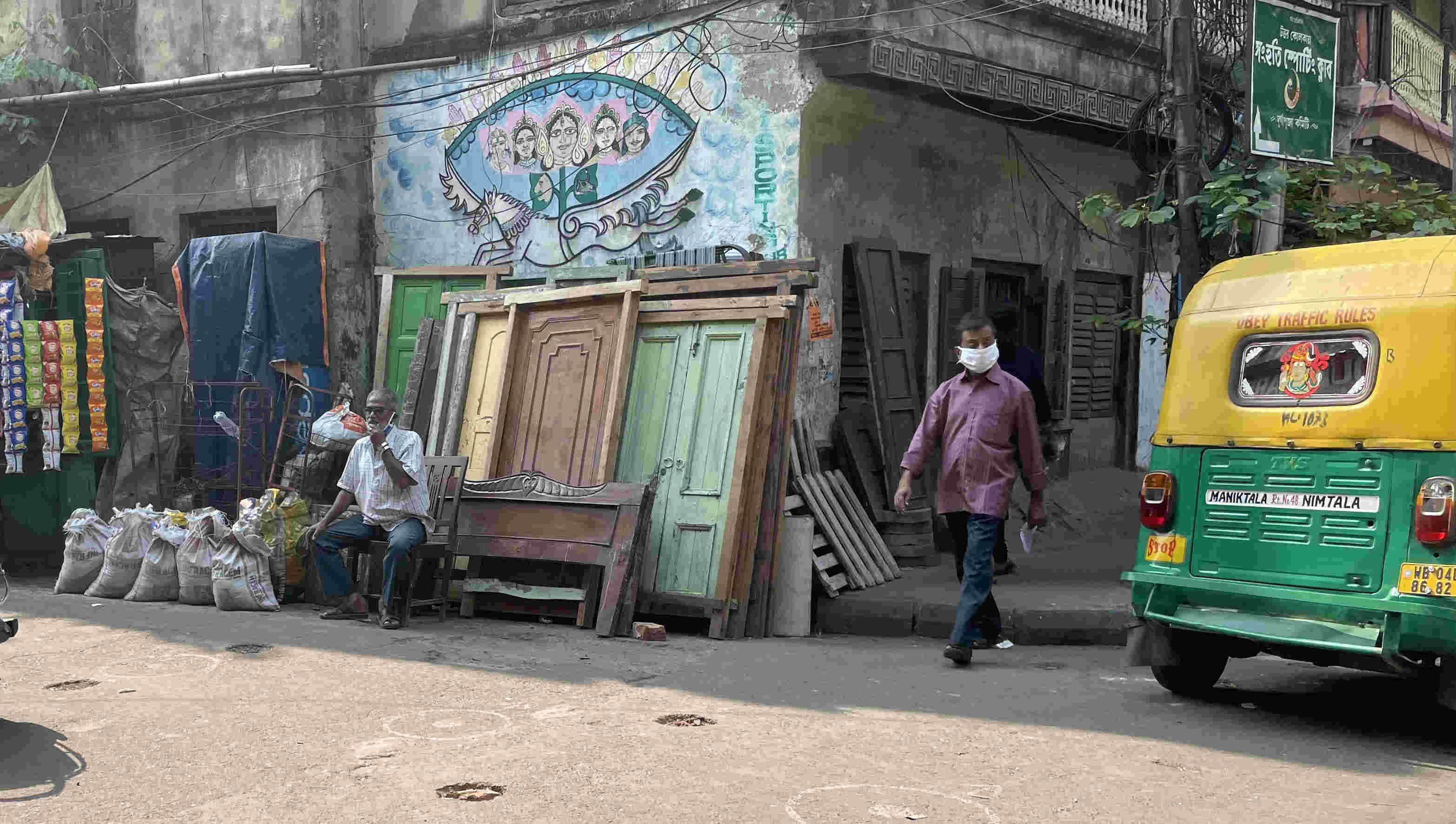 Calcutta is a city where change is constant. A glimpse of old door frames being sold.
The Telegraph

Complementing the ups in the camera department is the new design. The iPhone 12 Pro is perhaps the most feel-good iPhone to hold in years. The squared-off edges complete with rounded corners and glass back may remind one of the iPhone 4 but hey, this is amazing. What you need to decide is whether to go for iPhone 12’s aluminum body, which makes the phone light, or the stainless-steel frame of the Pro model.

Two more important points. First, the additional magnets in the backside of the new phones. It helps to snap on Apple’s new line of MagSafe accessories, which can be a wallet attachment, cover or the new wireless charging pad. The MagSafe wireless charging puck attaches to the back, ensuring that you can pick up the phone while charging and there is zero chance of placing it wrong on the “mat”.

Second is the ceramic shield, which Apple says offers the iPhone 12 series four times the drop protection. That’s big. The review unit slipped off the sofa once on to a hard floor. No damage done; not even a scratch.

There is always the issue of pricing with iPhones. It always seems too much for many. Let’s look at this way. According to analysts at Loup Ventures, there is little less than half a billion active iPhones around the world which are more than three years old. In the US, people are just warming up to 5G. This means, it’s a great device to upgrade for them. The more the number in the upgrade pool, the better the bottom line.
What about for us? Apple has long been an aspirational brand in India. In case you have the iPhone 11 Pro, the brand doesn’t expect you to upgrade. If you want great photography for social media and the fastest processor for gaming and other needs, the iPhone 12 has you covered.

In case you are among those who want to take mobile phone photography to the next level, the Pro model won’t let you down. Photography is about light. Anybody who takes photography seriously, understands composition, understands editing, will end up getting amazing results with the iPhone 12 Pro, which is miles ahead on the mobile photography curve. 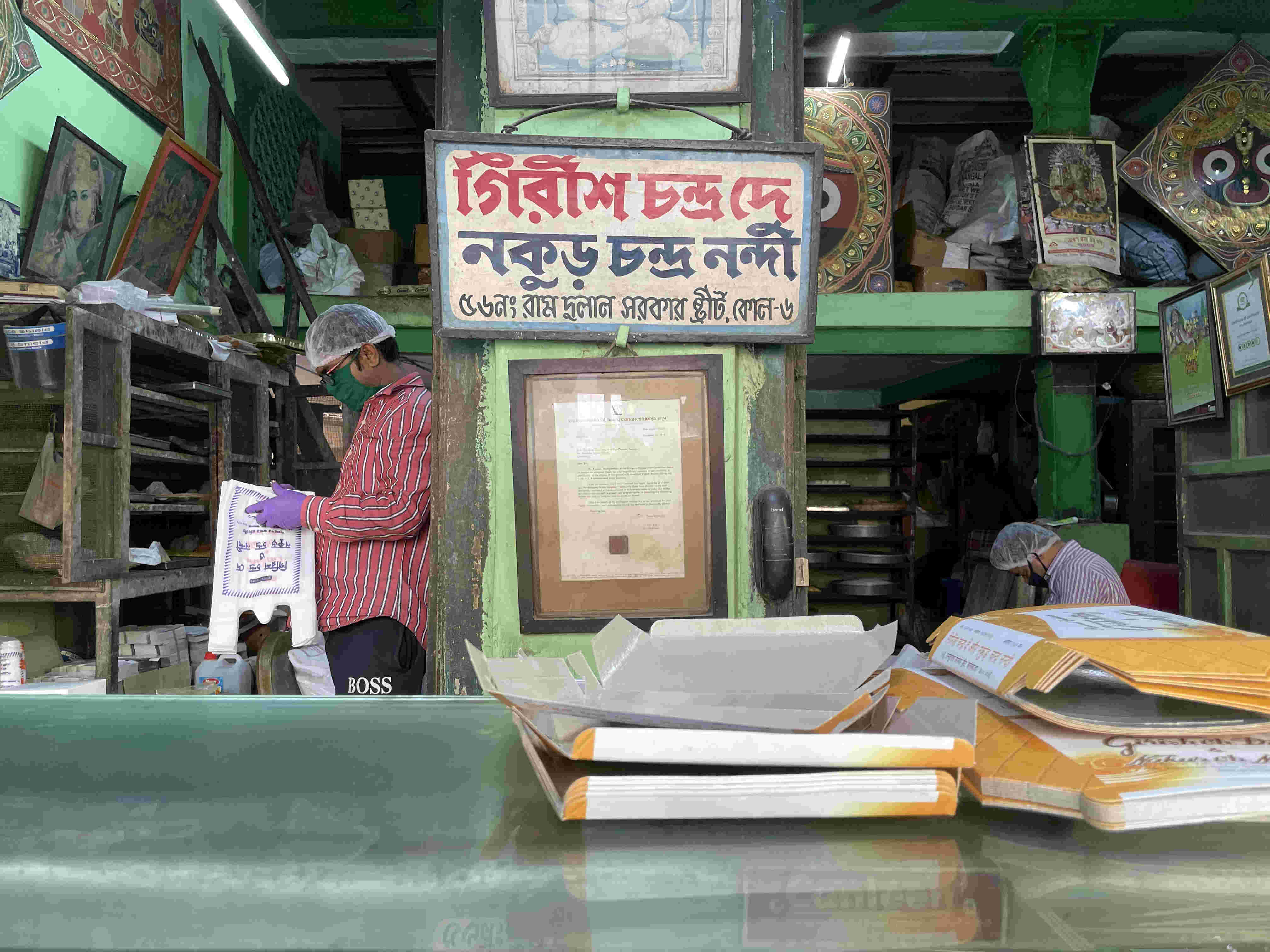 Time moves on at the iconic sweet shop Girish Chandra Dey & Nakur Chandra Nandy. Shadows and highlights are not toned down on the iPhone 12 Pro.
The Telegraph
The iPhone 12 Pro flies because it has… 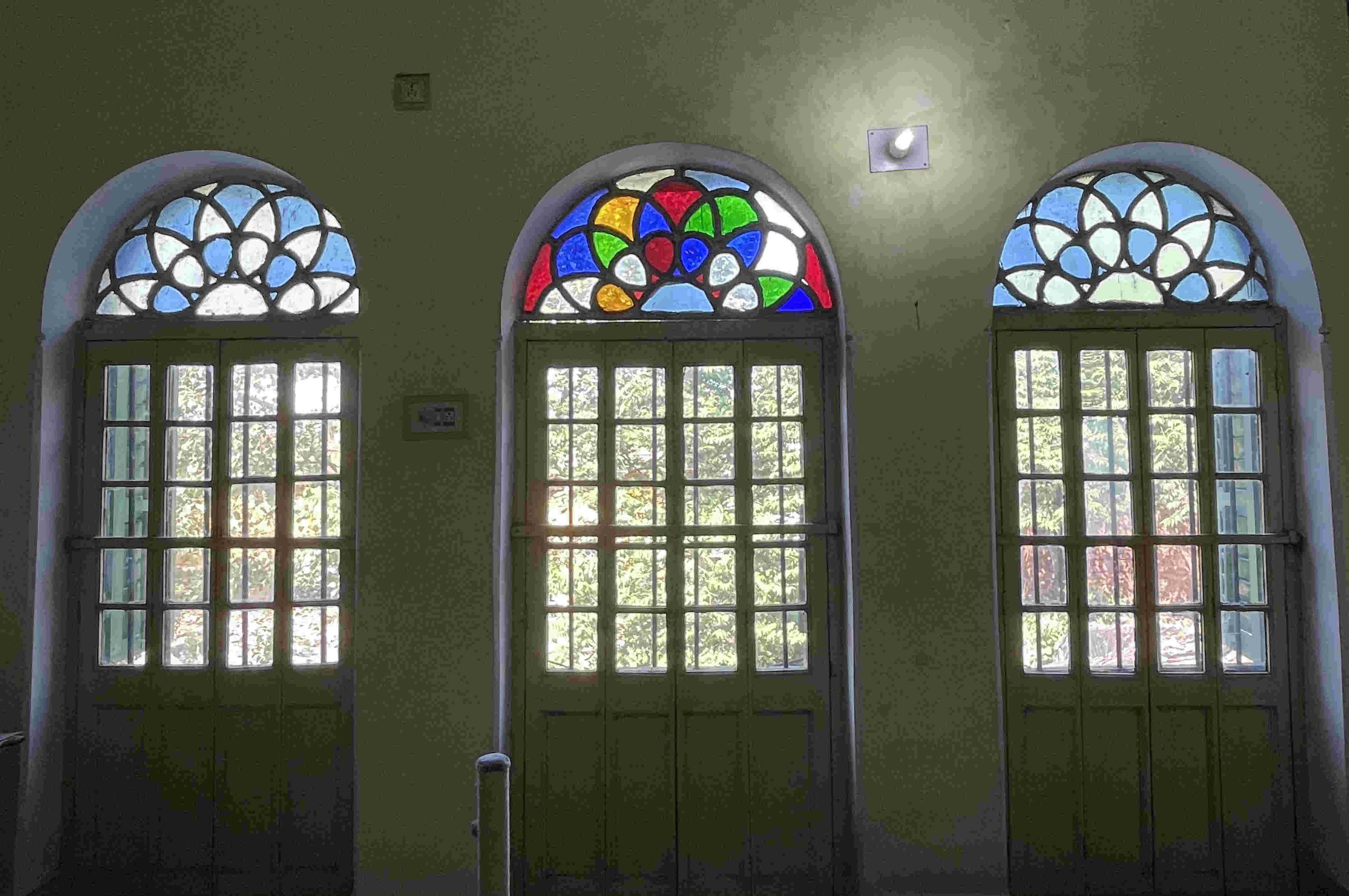 The colours on the stained glass windows are not oversaturated.
The Telegraph
At a glance