It will make all companies — Samsung to OnePlus to Oppo, Vivo and Realme — work harder at the price-to-feature aspect 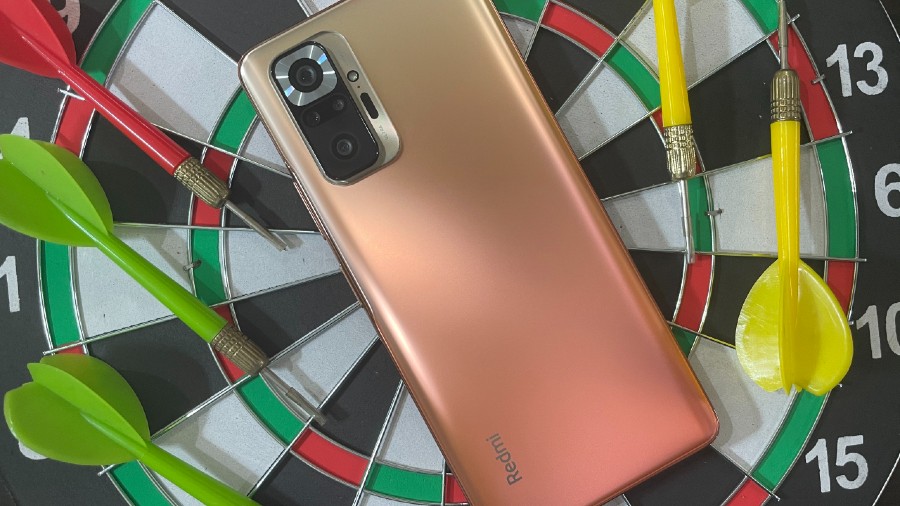 2018: Should I get a cheaper phone? What are the sacrifices that need to be made?

2021: What can an expensive phone offer that a cheaper phone can’t?

We are fine with buying bargain-deal television sets but, at the same time, are willing to spend that extra few bucks on smartphones to ensure that no big trade-offs are made, like a set of snappy cameras or a good-quality screen, which inevitably make us spend extra. Then there are issues with the way many Android brands operate — incremental improvements that absolutely make no difference. No, we are not always getting what we pay for. A course correction is needed, which is exactly what Redmi Note 10 Pro Max does.

Easily one of the most anticipated phones of the year, Note 10 Pro Max has changed the template of a phone category. It will make all companies — Samsung to OnePlus to Oppo, Vivo and Realme — work harder at the price-to-feature aspect.

Since it’s difficult to decide between the biggest feature of the phone — a toss-up between display and camera — let’s start with the cover of the “book”. The industry continues to be divided over the AMOLED-LCD debate. In short, LCD lacks the richness and colour accuracy offered by an AMOLED display. However you look at it, AMOLED offers good viewing angles and be it playing games or watching movies, the screen comes alive. LCD — however good the panel — there is a bit of harshness. Last year, even Apple moved from LCD to OLED. One may ask why last year and not a year earlier. When it comes to iPhones, the number of units that need to be shipped per year is massive and Apple needs to find a manufacturer that can fulfil such demands.

Second, AMOLED screens can be costly. Look at what you are getting on high-end Samsung phones — the best display money can buy. Nobody makes better displays than the South Korean company. On the Galaxy S21 everything looks smooth because of the 120Hz refresh rate, or it lets you see up to 120 frames per second as opposed to the 60fps on most smartphone displays. Automatically, anything fast-moving on the screen appears realistic. What you get on the Redmi Note 10 Pro Max is a 6.67-inch full HD+ super AMOLED display that supports 120Hz refresh rate. It has HDR10 support. But this, at a fraction of the cost of buying a flagship phone.

There’s nothing wrong with the display on, say, Realme Narzo 30 Pro 5G but if I am given — without disturbing the pricing — the option to choose between AMOLED and LCD on an Android phone, it will be the former.

The next biggie is the camera. Here again, Xiaomi not out to fool customers. The company offers some amazing specs at ridiculously low prices.

The four shooters on the back are: 108MP primary (Samsung ISOCELL HM2 sensor), 5MP super macro with 2X zoom, 8MP ultra-wide and 2MP depth sensor. Of course, we have been seeing 108MP shooters for almost two years now but a few things have changed. First, software tweaks now allow better usage of all the megapixels. Second, it’s now available on a very affordable phone. The 108MP ISOCELL HM2 packs 108 million, 0.7um-sized pixels and is equipped with a nine-pixel binning technology, which helps when taking photos in low light. Plus, more details get captured. The sensor is so good that I would suggest if you have to take a night shot, move into the 108MP mode (instead of night mode) and see the difference.

Taken using the Redmi Note 10 Pro Max: A super-macro shot of an ant on a pumpkin leaf.
Picture: The Telegraph

Calcutta's Dalhousie area at 7am, captured against the sun. No filters have been used.
Picture: The Telegraph

The ultra-wide camera appears to be the same as on many other phones but Redmi has done a good job working on the skewered edges seen in such shots. There is very little distortion in the ultra-wide photos. And I never thought of saying this, the macro camera is a pleasure to work with. Since there is autofocus, macro shots come out fairly well.

Redmi didn’t stop here. In the coming weeks you will find plenty of pictures online showing neon trails (like vehicles moving at fast speed, leaving a trail) or that of the blur of moving crowds. There is a long-exposure mode that has a few tricks to kill time. If you have a tripod at hand, some of the shots can have a professional feel to them. There is also a ‘pro colour’ mode that bumps up colour saturation, something 24x7 Instagrammers may like.

A gladiolus flower captured up close.
Picture: The Telegraph

In way of video, there is the option to shoot 4K@30fps but for ultra-wide angle videos, it’s 1080p@30fps. In fact, the colour reproduction while shooting 1080p@30fps matches flagship numbers. There are a couple of tricks to play around with, like movie frame, super macro and track moving object but what I would like to see is similar performance on all lenses. Perhaps that’s asking for a lot at a certain price point but now that Xiaomi has shown what it can offer under 20K, why not increase one’s demands?!

And the other things…

Xiaomi didn’t stop at camera and display, there are stereo speakers, IR blaster (in case you want to control gadgets around the house), Corning Gorilla Glass 5 ensures most drop case scenarios don’t turn out expensive, and a powerful 5,020mAh battery with a 33W charger in the box. Not enough? It runs on MIUI 12 based on Android 11.

I won’t complain about the Snapdragon 732G processor (with Adreno 618GPU) running the show because all applications run smoothly as do games. The phone doesn’t heat up or slow down after heavy usage. But I do want to nag about the rear camera module. There’s the rear panel, of course. Then there is the camera module bump hosting the flash, etc. And on top of that is another bump with the shooters. So, it’s like a series of steps. The camera module could have looked better and the bump is a bit too much when kept on the table.

Xiaomi has made a sensible decision by leaving out 5G. If the company had put in 5G, the price would have gone up. Second, there is no 5G in India and one probably has to wait till the second half of 2022 to catch a glimpse of it. Third, when 5G comes in, it will be available in pockets but Xioami phones are available and enjoyed across the country. Fourth, I would rather upgrade my phone when 5G finally makes it because it will give me the opportunity to have the best 5G model in the market.

With the new phone, Xiaomi has proved that customers on a budget shouldn’t be deprived of top features. Here’s a new template for affordable phones, setting the tone for rivals this year. There are two phones one can wait for before making a final choice — Samsung Galaxy A52 and Galaxy A72, which are expected to launch soon.

Meanwhile, here’s the Redmi Note 10 Pro Max — it sets the smartphone bar with a set of rock-n-roll features.

More about the phone

• Good video options to play around with

• The camera bump on the rear is big