Oppo Find N: A new twist to the foldable phone

‘It has a similar design philosophy but it’s slightly smaller, sporting a 5.49-inch outer display and a 7.1-inch inner screen 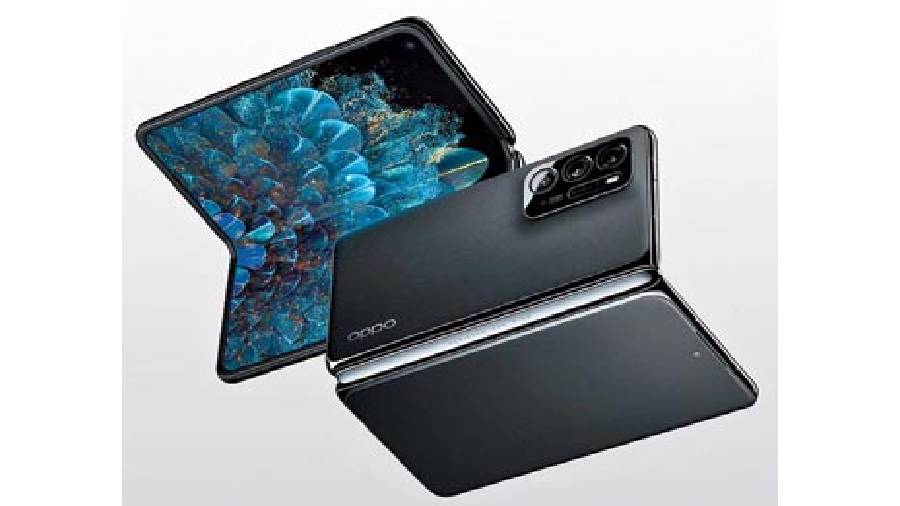 In a few weeks, the year of the foldable phone will begin. Taking cue from Samsung, brands will launch bigger/smaller, cheaper, faster foldable phones and expect Oppo to keep pushing boundaries. Oppo has launched in China (exclusively for that market) the Oppo Find N, which will go on sale on December 23.

What is interesting about the phone are the improvements it has made over Samsung’s Galaxy Z Fold line. It has a similar design philosophy but it’s slightly smaller, sporting a 5.49-inch outer display and a 7.1-inch inner screen (Samsung’s phone has a 6.2-inch screen on the front and a 7.6-inch display when opened).

Though the screen is a Samsung-made panel but Oppo has customised it and holds its own patents. On Find N, the screen is protected by UTG (ultra-thin glass) and the crease in the panel is wider but, according to The Verge, it’s less visible than in the Galaxy Z Fold 3 because it wraps around a unique teardrop-shaped hinge that Lau says is also heavily patented and costs $100 to build alone.

Another design difference is that the when the phone folds shut it doesn’t leave a gap between the two halves of the display. There’s a Snapdragon 888 processor and up to 12GB of RAM and 512GB of storage.

But expect Samsung to up the game in 2022 after having a successful run with the Galaxy Z Fold3 and Z Flip3.