Advertisement
Home / Science-tech / Nokia 3.4 dukes it out in the ring

Nokia 3.4 dukes it out in the ring

Though it’s an Android 11-ready device, it could have come with the same out of the box because that would have been a value addition 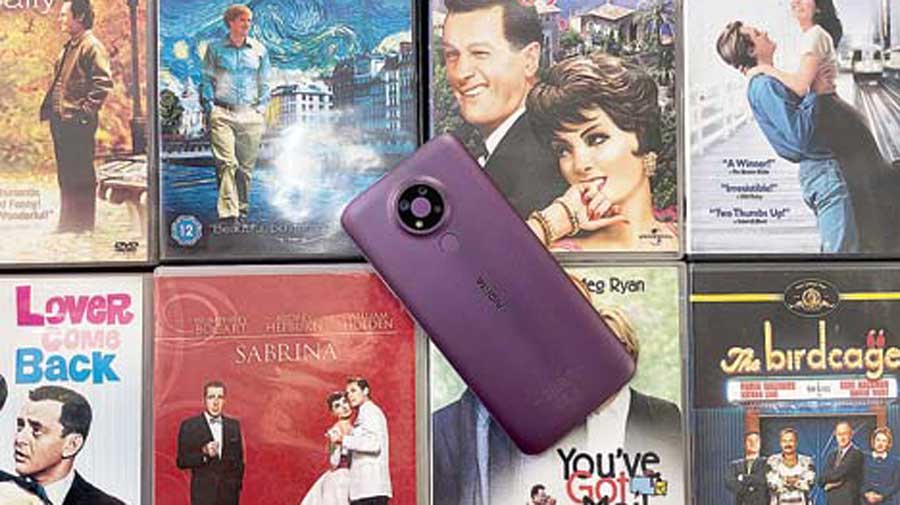 One thing is clear: We still don’t know when 5G will be available as well as accessible. For argument’s sake, say 5G does see daylight later this year or early 2022, chances of it being available in every corner of the country, from the word go, is slim. So should you buy a 5G-enabled phone now for Rs 20,000 (or more) and wait while the chipset running it becomes “outdated” or, alternately, buy a phone (if you must) that’s around half the price, use it as much as possible and, then, order the latest phone in another year or so? The latter choice, right?
In case you must buy a phone now and will use it primarily to make calls, use the mapping app, load some e-commerce apps, play light games and watch YouTube (perhaps some streaming), then you really don’t have to spend a whole lot. Yes, there will be some compromises but it all depends on what you expect from a phone like Nokia 3.4.

There are a lot of things to like about the phone but a couple of points to remember before purchasing this one. First, it’s a Nokia phone from HMD, meaning it will continue to get security and software updates for enough time to max out the device. Second, the software is free of bloatware, not throwing at you unnecessary apps that come on most Android devices these days. Third, it’s good that the company has launched the 4GB RAM variant in India because anything lower than that will offer a clunky performance.

Over the last few months, Nokia has standardised the look of its phones, which is a good thing. Every device rolling out of the HMD assembly line has a top-drawer finish, not giving away the material of the rear panel easily (obviously plastic) while the camera module looks perfect.

Nokia 3.4 is a low-price device with reasonably good specs, something everyone will like the sound of. There is a sizable crowd that uses just social media and a few apps for day-to-day activities. What works is the 6.39-inch HD-plus display, which is fair enough for firing up YouTube. What about streaming? I didn’t face any issues while streaming Netflix or Hotstar since I restrict to viewing (on the phone) shows to 30-45 minutes every couple of days. There is something called a television, which is for an immersive experience that does justice to a show like Bridgerton or The Crown. The only improvement in the entertainment department could have come in the form of a louder speaker.

The camera too is enough for the price point. The main 13MP shooter picks up a shot quickly with almost no colour oversaturation while shadow details are acceptable. Moving to the ultra-wide 5MP sensor, things are good in bright daylight but there is some noise in uneven lighting. One improvement from the previous generation involves night shots, which are actually far brighter than before. I have no problem with the video either but a missed chance comes in the form of some kind of stablisation. Portrait shots are decent and a few fun options are there to make it more than just another bokeh shot.

The camera finds just about enough support in the Snapdragon 460 processor. Surely not the fastest but it’s good enough to take care of most apps and games that go beyond tap-tap. You can amp it up to high graphics settings but it won’t help on the performance front. After all, it’s not a gaming processor, for which the user needs to look at costlier models anyway.
Is it for you?

Nokia has also bunged in a good battery (4,000mAh), which should last you a day and a half but charging takes times, which is fine if you do the same after you hit the bed. Also, there is a microSD slot, which offers up to 512GB storage. Though it’s an Android 11-ready device, it could have come with the same out of the box because that would have been a value addition. In the market fighting with Poco, Mi, Realme and Samsung, what you get from Nokia is good built and a promise of upgrades. For day-to-day activities, it’s a good option. Overall, Nokia 3.4 (Rs 11,999) dukes it out in the ring.