Advertisement
Home / Science-tech / Nobody thought a calculator app could look cool; Raja Vijayaraman changed all that with Calzy

Nobody thought a calculator app could look cool; Raja Vijayaraman changed all that with Calzy

With the ‘memory area’, you can store multiple numerical values and reuse it across sessions 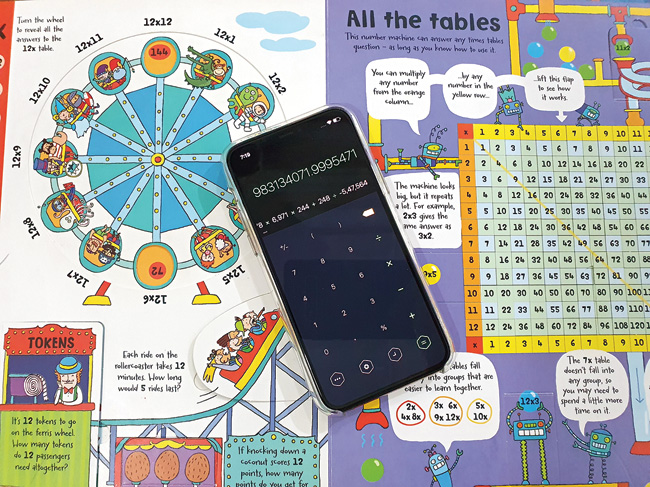 One of the coolest elements of Calzy is the ‘memory area’ where you can store multiple numerical values and reuse it across multiple calculating sessions with a simple drag and drop interaction
The Telegraph
Mathures Paul   |     |   Published 14.06.20, 01:48 PM

One of the coolest elements of Calzy is the ‘memory area’ where you can store multiple numerical values and reuse it across multiple calculating sessions with a simple drag and drop interaction.

With another edition of Apple’s Worldwide Developers Conference coming up this month, The Telegraph interacted with Vijayaraman, the winner of an Apple Design Award in 2018. The self-taught coder has also been a part of the VFX team that worked on the Rajinikanth-starrer Robot.

Raja Vijayaraman, the man behind the app Calzy, is the winner of an Apple Design Award
The Telegraph

The first thing that strikes the user is the amazing design. What prompted you to come up with a calculator app — when there are many of them out there — and the design philosophy behind it?

I created the first version of Calzy for my own use as the default calculator doesn’t fulfil my needs, like saving a calculation for future use, calculation history, displaying full mathematical expression, and so on. I try to design products that are clean, simple and intuitive.

If you can share the progress Calzy made over the years… the different versions?

The first version of Calzy released in 2013 had basic features like bookmarking, calculation histories with a bit of skeuomorphic design. I loved the pure black iPhone 5 released that year. So I designed the app with a dark theme to be an extension of the hardware.

For the second version, I redesigned the whole app with a white theme and a much flatter design in sync with the iOS 7 design aesthetics.

Subsequently, I released Calzy for Apple Watch. Learned Swift and rewrote the third version completely in Swift along with features like memory area, scientific calculation, haptic / 3D touch integration, iMessage integration and so on.

What did iOS offer which helped you?

Calculators are commercially available since the 1970s, but it hasn’t evolved that much. The latest version of Calzy is the result of imagining how these calculators should have progressed with so many modern-day iOS technologies. I always had this question: When there is enough room to store all numbers you could ever think of, why do calculators still have buttons like MR+, MR-, MC, MR?

Also, I created a haptic touch button with the 3D touch APIs. It helped us make Calzy feature-rich yet retaining a simple, clean look by exposing the feature only when the user needed it. For example, in most calculators, you have these advanced scientific functions displayed whether you need them or not. In our day-to-day activity, we rarely use them. In Calzy, you can switch to this advanced mode only when you needed them with a simple haptic /3D touch.

The sounds emitted when keys are punched are interesting. It reminds one of feature phones but at the same time, it’s meant for the latest iPhone or iPad….

Those sounds were zeroed in on by my wife, Shanthi. When I asked her, she said she went with the sound that doesn’t annoy her on repeated use. She uses the app more often than I do, as she was testing the app for bugs.

You wanted to drop out of studying mechanical engineering. What did you not like about it? And how did the animation course change your perspective?

Just like any other small-town guy, I wanted to go to a city college. So I selected the first course that was available for me in Chennai — mechanical engineering, without knowing much about that course.

While studying the course, I found that it’s no way related to my liking. As I was nearing my course completion, I looked for an alternative. During that time, I saw the movie Matrix and got excited by the colour treatment and the whole design of the film. It was so different from what I have seen. So after my graduation, I joined a VFX course. The course made me realise the journey of creating “something” that we desire is not easy. It will always be filled with happiness, frustration, overconfidence, self-doubt, learning, unlearning. A mix of everything. If we love the destination enough, we will ignore the hardship of that journey.

What about the experience of being a part of the animation team for the film Robot?

On Robot, our company worked on the motion capture part. It’s simple, routine work. But working closely with the Academy Award-winning producer Hugh Welchman (BreakThru Films) on a project named The Flying Machine helped me a lot. It helped me develop the habit of patience and perseverance. Besides the helpful iOS community, I believe patience and perseverance are the two essential traits needed in making these apps as a self-taught iOS developer/designer.

What was life like in Theni and, looking back, how did it shape your personality?

Looking back, I think growing up in a town like Theni helped me develop the right amount of aspiration to explore new things. Lack of facilities there made me self-reliant.

What is the future of Calzy?

I have some features in mind to implement. The idea to redesign the memory functionality of Calzy came when Apple demoed the “drag & drop” feature on their previous WWDC. So right now, I’m looking forward to this year’s WWDC.