Know how deadly venom from spiders and snakes work as cures

Venom is made of a complex mix of toxins, which are composed of proteins with unique characteristics. They are so deadly because evolution has honed their effectiveness for so long 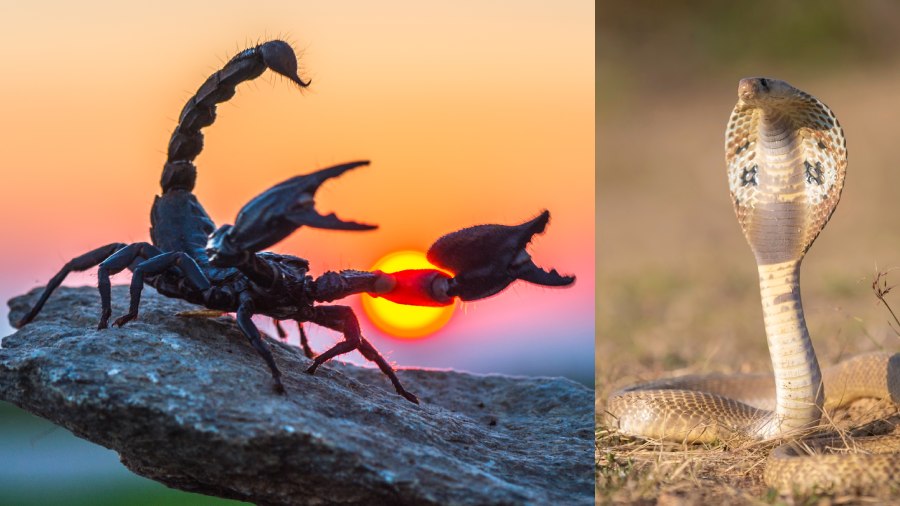 In a small room in a building at the Arizona-Sonora Desert Museum, US, the invertebrate keeper, Emma Califf, lifts up a rock in a plastic box. “This is one of our desert hairies,” she said, exposing a 3-inch-long scorpion, its tail arched over its back. “The largest scorpion in North America.”

This captive hairy  — along with a swarm of inch-long bark scorpions in another box — and two dozen rattlesnakes of varying species and subspecies across the hall, are kept here for the coin of the realm: their venom.

Efforts to tease apart the vast swarm of proteins in venom — a field called venomics — have burgeoned in recent years, and the growing catalogue of compounds has led to a number of drug discoveries. As the components of these natural toxins continue to be assayed by evolving technologies, the number of promising molecules is also growing.

“A century ago we thought venom had three or four components. Now we know just one type of venom can have thousands,” said Leslie V. Boyer, a professor emeritus of pathology at the University of Arizona, US. “Things are accelerating because a small number of very good laboratories have been pumping out information that everyone else can now use to make discoveries.” She added, “There’s a pharmacopoeia out there waiting to be explored.”

It is a striking case of modern-day scientific alchemy: the most highly evolved of natural poisons on the planet are creating a number of effective medicines with the potential for many more.

One of the most promising venom-derived drugs to date comes from the deadly Fraser Island funnel web spider of Australia, which halts cell death after a heart attack.

Blood flow to the heart is reduced after a heart attack, which makes the cell environment more acidic and leads to cell death. The drug, a protein called Hi1A, is scheduled for clinical trials next year. In the lab, it was tested on the cells of beating human hearts. It was found to block their ability to sense acid, “so the death message is blocked, cell death is reduced, and we see improved heart cell survival,” said Nathan Palpant, a researcher at the University of Queensland in Australia who helped make the discovery.

If proved in trials, it could be administered by emergency medical workers, and might prevent the damage that occurs after heart attacks and possibly improve outcomes in heart transplants by keeping the donor heart healthier for longer.

Venom is made of a complex mix of toxins, which are composed of proteins with unique characteristics. They are so deadly because evolution has honed their effectiveness for so long — some 54 million years for snakes and 600 million for jellyfish.

Venom is the product of a biological arms race over that time; as venom becomes more deadly, victims evolve more resistance, which in turn makes venom even deadlier. Humans are included in that dynamic. “We are made of protein and our protein has little complex configurations on it that make us human,” said Boyer, who founded the Venom Immunochemistry, Pharmacology and Emergency Response Institute, or VIPER, in Tucson, Arizona, US. “And those little configurations are targets of the venom.”

The specific cellular proteins that the venom molecules have evolved to target with pinpoint accuracy are what make the drugs derived from them — which use the same pathways — so effective. Some proteins, however, have inherent problems that can make new drugs from them unworkable.

There is usually no need to gather venom to make these drugs. Once they are identified, they can be synthesised.

There are three main effects from venom. Neurotoxins attack the nervous system, paralysing the victim. Hemotoxins target the blood, and local tissue toxins attack the area around the site of poison exposure.

Numerous venom-derived drugs are on the market. Captopril, the first, was created in the 1970s from the venom of a Brazilian jararaca pit viper to treat high blood pressure. It has been successful commercially. Another drug, exenatide, is derived from Gila monster venom and is prescribed for type 2 diabetes. Draculin is an anticoagulant from vampire bat venom and is used to treat strokes and heart attacks.

The venom of the Israeli deathstalker scorpion is the source of a compound in clinical trials that finds and illuminates breast and colon tumors.

Some proteins have been flagged as potential candidates for new drugs, but they have to journey through the long process of manufacture and clinical trials, which can take many years and cost millions of dollars. In March, researchers at the University of Utah, US, announced that they had discovered a fast-acting molecule in cone snails. Cone snails fire their venom into fish, which causes the victims’ insulin levels to drop so rapidly it kills them. It holds promise as a drug for diabetes. Bee venom appears to work with a wide range of pathologies and has recently been found to kill aggressive breast cancer cells.

In Brazil, researchers have been looking at the venom of the Brazilian wandering spider as a possible source of a new drug for erectile dysfunction — because of what happens to human victims when they are bitten.

Experts hope the role of venom will lead to more respect for the fear-inducing creatures who create it.