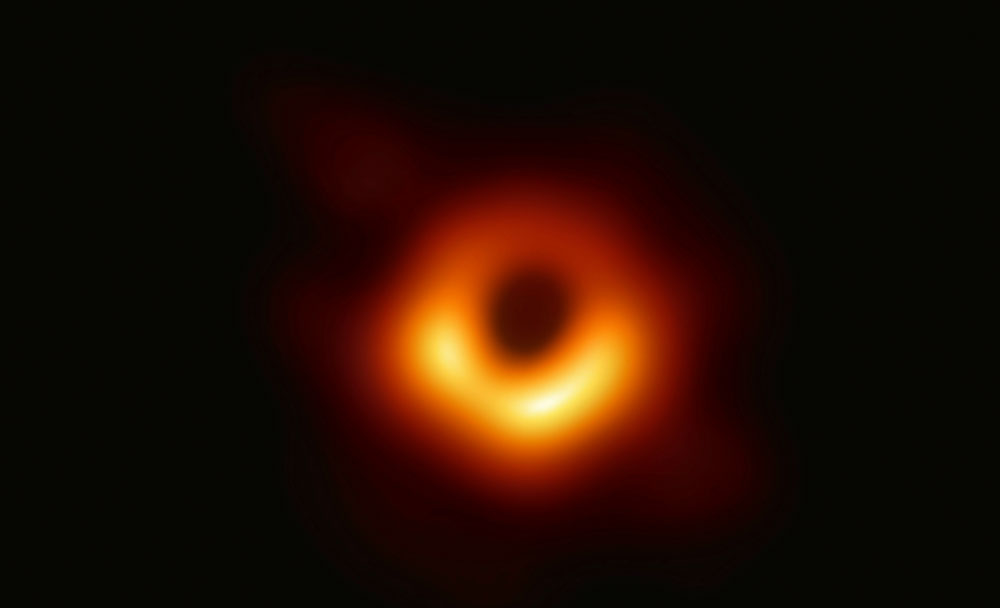 Astronomers on Wednesday released the first images ever of a black hole, an object with such strong gravity that not even light can escape it, portrayed countless times by imaginative artists but never observed directly before.

An international team of astronomers at simultaneous media conferences in seven cities across the world announced the first direct visual evidence of a supermassive black hole located at the centre of the Messier 87 galaxy about 55 million light years from Earth.

They relied on a global network of eight radio telescopes synchronised by technology to function as an Earth-sized virtual observatory called the Event Horizon Telescope (EHT), working at frequencies first generated by Jagadish Chandra Bose in Calcutta more than 120 years ago.

India is not part of the EHT network but the radio telescopes worked at hundreds of gigahertz frequencies that were first generated by Bose in experiments in Calcutta during 1895.

“The telescopes are technologically very sophisticated, but they use the same core technology demonstrated by Bose,” said Somak Raychaudhury, the director of the Inter-University Centre for Astronomy and Astrophysics, Pune.

EHT project director Sheperd Doeleman at Harvard University said: “We’re giving humanity its first view of a black hole — a one-way door out of our universe. This is a landmark in astronomy, an unprecedented scientific feat by a team of more than 200 astronomers.”

Black holes are mysterious objects with enormous masses and such extreme gravity that nothing — not even light — can escape from within them which makes them invisible.

They emerge from Albert Einstein’s theory of general relativity proposed in 1915 and have been “observed” and catalogued only indirectly through their gravitational tugs on stars in their neighbourhood and fireworks left behind by superheated matter being sucked into them.

The observations have revealed a ring-like structure with a dark central region — the shadow of the Messier 87 black hole, called supermassive because it has a mass about 6.5 billion times the mass of the Sun.

“If immersed in a bright region like a disc of glowing gas, we expect a black hole to create a dark region similar to a shadow,” said Heino Falcke, chair of the EHT science council at Radboud University in the Netherlands.

The boundary where the shadow begins marks what astronomers call the “event horizon”, the region around the centre of the black hole from where matter and energy cannot escape the black hole’s gravity — the point of no return.

“This is a momentous observation — we’re actually seeing an object predicted by Albert Einstein’s theory over a century ago,” said Raychaudhury. “This is also the highest resolution image ever taken.”

The EHT network telescopes in Hawaii, Mexico, Spain, Chile and Antarctica exploit the Earth’s rotation to serve as a single giant telescope that can discern regions of space just 15 to 20 micro-arcseconds, the equivalent of trying to spot a golf ball on the moon.

The black hole’s boundary — the event horizon — is about 2.5 times smaller than the shadow it casts and measures just under 40 billion km across. The EHT initiative is also hoping to capture images of Sagittarius A, the black hole at the centre of the Milky Way galaxy.

Astronomers expect more telescopes to join the EHT network to help sharpen images of black holes. Kazunori Akiyama, co-leader of the EHT imaging group at the Massachusetts Institute of Technology, said: “This is the dawn of a new era of black hole astrophysics.”