Humans can learn a thing or two from a school of fish, claim German researchers at the Berlin Science Week 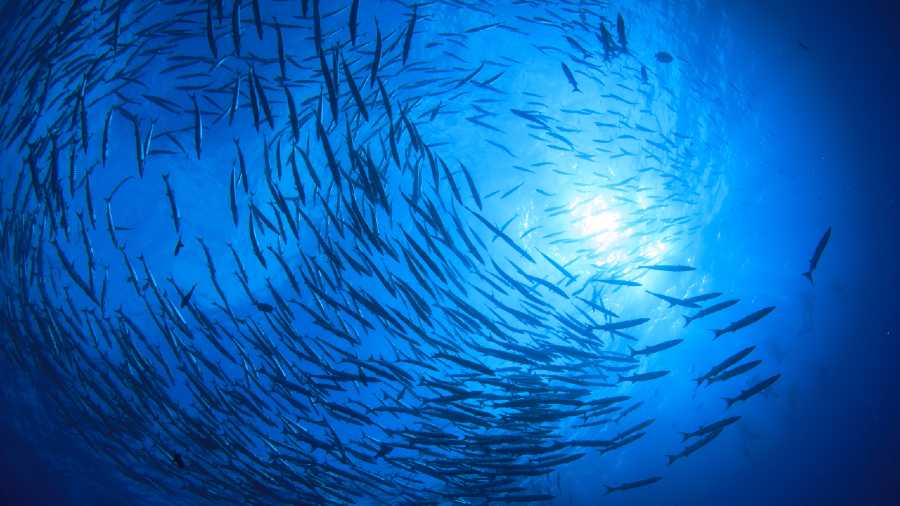 In early November, nine people lost their lives and dozens more were injured at AstroWorld, a music concert in Houston, US, in a massive crowd crush. A similar mishap at the Love Parade music festival in Duisburg, Germany, killed 21 people. Stampedes in crowded gatherings at pilgrimages, sports stadiums, music concerts and other public places claim nearly 400 lives every year across the world.

These social creatures, when working together as unified systems, can outperform the vast majority of individual members while solving crucial problems and making vital decisions. Scientists call this “swarm intelligence” and it proves the old adage — many minds are better than one.

Scientists Ralf Kurvers and Pawell Romanczuk, based in Berlin, study swarm intelligence in fish and humans. They investigate the role of individuals and social interactions in collective decisions — when collectives make good decisions and when they go wrong. Kurvers and Romanczuk delivered a talk “Collective Intelligence or Collective Stupidity? From Fish Schools to Human Groups” at the Berlin Science Week, a 10-day international science festival that brings together the most innovative scientific organisations every year.

Kurvers told The Telegraph in an exclusive interview, “We have observed that the intelligence of an individual fish gets amplified as a school, shoal or swarm.” He explained, “When a predator is attacking a single fish, it is vulnerable and often not very good at avoiding being predated. By joining a school, a fish can benefit from the presence of others, and much more effectively avoid the predator.”

In other contexts too, individuals can profit from the information inputs of others. Says Kurvers, “A beautiful example is migration. For an individual it may be complicated to remember or even know the best migratory routes, but groups can, by pooling imperfect information, migrate efficiently.”

To illustrate how fish collectively decide to evade a predator, Kurvers asked participants of the online presentation to play the game of “shark and tuna”. We were asked to imagine being a tuna fish in a school, facing a choice. Whether to escape or stay — depending on the presence of predators, in this case, sharks. We were instructed to escape when five or more sharks were present and to stay when four or fewer sharks were present.

There were three phases of tests. In each test, we were shown a grid with a varying number (3, 4, 6, or 7) of sharks hidden among harmless tunas. In the first phase, we — there were 47 of us — made individual decisions and there were quite a few errors, and we fell prey to the sharks. But the accuracy of our decision improved when we observed the choices of other group members. In other words, collective decision-making helped us.

Kurvers described how collective or swarm intelligence lessons from fish can be used to increase accuracy of decisions in medical diagnostics, for instance, in detection of breast and skin cancers.

Breast cancer is the most frequent cancer in women in the US and Europe. Wide-ranging screening programmes have been devised for early diagnosis. However, even if two physicians assess the X-rays, which is the usual procedure in Europe, this often leads to wrong decisions — about one in five patients with cancer are diagnosed as healthy, whereas about one in five cancer-free patients are diagnosed with cancer. Kurvers said, “Efficiency of mammography screening can be enhanced by the principle of collective intelligence to minimise errors and effect timely detection.”

In a study published in PLOS One, Kurvers, along with others, showed that five independent assessments of radiologists can be used to outperform the diagnostic accuracy of even the best physician within that group. The team envisions an artificial intelligence system that can combine

collective intelligence of radiologists with data and technology for precise and quick cancer diagnoses. He said, “Our results have broad implications for our understanding of the ecology and evolution of group-living animals and lend themselves to applications in the human domain such as the design of improved screening methods in medical, forensic, security and business applications.”

However, despite such promises from group intelligence in humans, there are also instances of collective stupidity in our species that irk Kurvers and Romanczuk. Not just during stampedes, polarisation through social media is another example of mass stupidity. Said Kurvers, “Groups often blindly follow a strongly opinionated individual and don’t reflect critically on all arguments available, and via such ‘group think’ arrive at wrong conclusions.”

And that is pretty much how a handful of divisive and biased individuals can provoke and polarise millions resulting in bigotry, hate and ethnic riots.