iOS 15 is here and it’s packed with new features 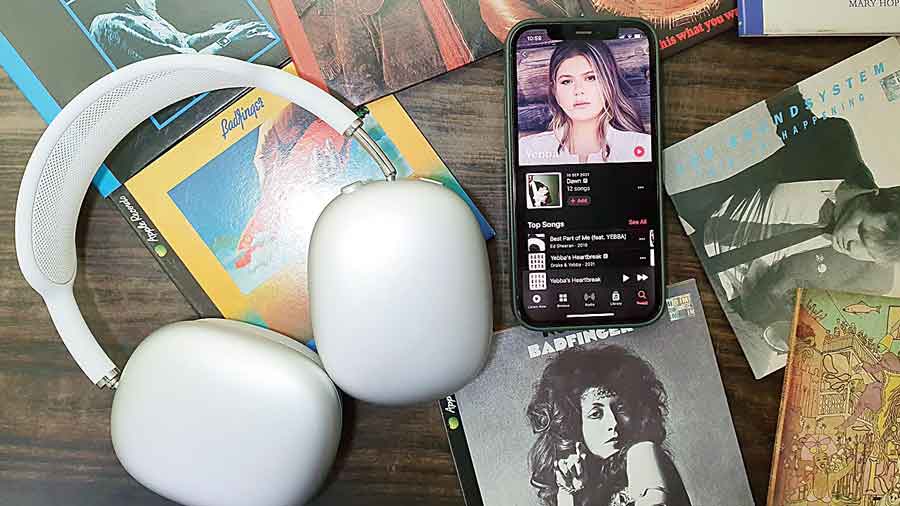 CAPTION: Head tracking takes music to a new dimension when listening to music on Apple Music via AirPods Pro or Max.
The Telegraph
Mathures Paul   |   Published 23.09.21, 12:23 AM

Growing up with stereo sound meant being in a two-track space while engineers continuously tried to go beyond it to make music more immersive. Apple has already made that possible with spatial audio on its streaming service Apple Music. But why stop there?

Spatial audio has been a game-changer as listeners feel it instantaneously. And once you experience it, there’s no going back. It’s akin to watching a movie in HD after having lived in the standard definition universe for a long time. The response to spatial audio has been very positive, besides the technology streams audio many times faster than non-spatial audio streams.

With the release of iOS 15, here’s a new treat for music fans — dynamic head tracking with spatial audio to create a more immersive experience. It simply brings music to life and the technology can be enjoyed on AirPods Pro and AirPods Max.

When you watch a movie, you listen in stereo (on headphones) while the soundstage is limited. Sound comes through tiny speakers using two channels. If we move our heads, the speakers move with us but the image remains fixed. It is not a natural listening experience. With spatial audio, the virtual soundstage is larger and more detailed. Dolby Atmos allows many more channels so as to position audio in space, creating an immersive sound. What you get is an experience that’s like in movie theatres; the sound will come from the original place around you. With music, if you are out and moving around or jogging, there is no fixed reference point because you are usually not staring at a screen. For music, Apple uses a technology to find subtle movements of the head to give you the feeling that music is coming from all around you; and not just the headphones. If you move your head, the sound re-orients. And the technology is even employed to stereo tracks.

Coming in at no extra cost to listeners around the world, the success of spatial audio has been remarkable. It is believed that 60 per cent of pop, 50 per cent of Latin albums, 40 per cent of country albums and 36 per cent of hip hop albums that reached number one 1 in the US on Apple Music’s top charts in August were made available in spatial. The growth of the technology has much to do with what it brings to an album, like on Dawn by Yebba.

Apple had promised Apple Music head tracking in the fall, but hadn’t directly linked it to iOS 15 at the time. In case you want to enjoy “regular” spatial audio, you don’t need the company’s higher-end AirPods, although you will need some form of AirPods or Beats earphones if you want automatic Dolby Atmos support.