Samsung has made some tough choices to arrive at this model, which has as siblings the S21+ 5G and the all-powerful S21 Ultra 5G 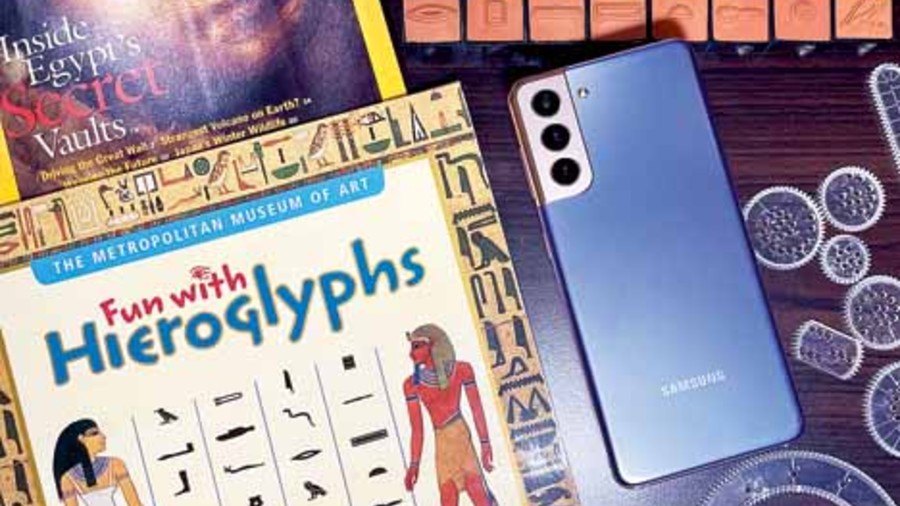 Decisions. It’s never easy to arrive at one, even Charles Darwin felt the same way in 1838 when he was faced with the question of whether he should marry. In his notebook, he made two lists that are now well known. The first heading was “Marry” while the other, “Not Marry”. After analysing certain aspects, he wrote “Charms of music and female chitchat” under “Marry” while “loss of time” and “perhaps quarrelling” in the other. So on and so forth. One year later, he did marry. Anyway, the pros-versus-cons technique remains popular while making complex choices, like buying a new phone. No, no, the sentence is not dripping sarcasm. Mid-range phones have become so good that it’s difficult to decide on whether to buy a flagship phone, like the base model of Samsung’s latest flagship series — the Galaxy S21 5G.

Samsung has made some tough choices to arrive at Galaxy S21 5G, which has as siblings the S21+ 5G and the all-powerful S21 Ultra 5G. You have a list of choices while buying a phone. Do your choices align with the ones Samsung has made?

Choices need to be made

The company’s most important choice comes in the way of processor, which is the same across all the three flagship devices in the series — Exynos 2100. Yeah, it’s impossible to make some “techies” happy about Exynos compared to Snapdragon but it’s a darn good processor, which fires on all cylinders and handles camera as well as your day-to-day activities without botching up. With this new processor, Samsung has managed to close the gap between its silicon and that from Qualcomm. Besides delivering a lot of processing power, the chip allows better zoom and ultra-wide photography, plus ensures decent battery life. A fast phone married to good battery life equals what most people care about.

Going with a good processor meant sacrificing on certain things but do they make a big difference? The rear panel is plastic but it’s of such high quality that you won’t feel any difference. The finish is top of the line, ensuring there are no smudges or scratches. There is a hint of metal on the rear panel and it comes in the way of the frame around the camera module, which seamlessly weaves into the chassis. Plus, the plastic panel makes the phone lighter.

It wasn’t really tough for Samsung to decide on the 5G part. The feature is very much there on the phone, something that will entice a lot of users in the US and some other markets. To have a 5G compatible phone is a good choice but hear me out. In case you need to upgrade, get a 5G phone because it will hold you in good stead in the future. In case you need to upgrade but don’t want to be extravagant, choose another Samsung phone and delay buying a flagship number to next year; hopefully 5G technology will be the talk of the town by then. In case you need to upgrade and have moolah to spare, get the Galaxy S21 Ultra, which is the heavy-hitter.

One sacrifice the company has made is the lack of support for Samsung S Pen, something that’s supported on Galaxy S21 Ultra. Do you need the S Pen? Are you a stylus person? It’s unnecessary for most people.

The two poor choices Samsung has made and it may not align with your needs are a lack of microSD slot and having the SIM tray next to the microphone. In case you decide to go with the lower storage variant of the phone, there will be an issue in the long run. As for the SIM tray, it also has a hole that looks exactly like the one on the microphone. Don’t take the pin down the wrong one.

The Howrah Bridge captured at 6.30am using Samsung Galaxy S21. The camera on the phone is among the best you can buy on an Android device.
The Telegraph

There are some major differences between the camera set-up on the Ultra and the S21. To keep costs in check, you don’t get a laser focus or dual telephoto lens. At the same time, the specs are roughly the same as from last year’s Galaxy S20. What you get on the back are three cameras — 64MP telephoto, 12MP wide and 12MP ultra-wide.

Where is the difference? First, the new processor on the phone does some tweaking to the way images are processed, so snaps come out far better than on last year’s phone. The autofocus is spot on because of the smaller sensor. And there’s one thing that the S21 can do but not the S21 Ultra. When you move into ultra-wide mode, the lens on the S21 is slightly wider – it goes down to 0.5x compared to 0.6x on the Ultra.

Also, Samsung’s cameras are consistently getting better and colours are not as saturated as before. There are a lot of camera features. You can choose 4K@60 on all the lenses, you can use Director’s Mode (using two cameras simultaneously), there are pro modes for photo and video, so you can adjust the ISO and other things, there’s space zoom (capped at 30x). You really have to nitpick to find faults on the camera. The portrait mode has also improved substantially.

Tears of happiness and…

Software. It’s not bad if you are a Samsung phone user. There are dozens of features on Samsung phones but some are hidden inside odd menus. In case you are new to the phones from the South Korean company, you will need some time to get things right. If you are returning to a Samsung phone after a long time, there’s some hard work involved. At least the new phone comes with One UI 3.1 and Android 11. The company has picked up the game as far as software upgrades go.

In the same breath, the phone comes with the latest processor, which ensures you can enjoy it for at least three years. But ensure that you buy the correct storage option.

It feels good when children move from being uncertain about walking to absolute certain that they can run everywhere. The new Galaxy S21 series is about certainty and consistency. And the Galaxy S21 5G (upwards of Rs 69,999) is a consistent performer that’s built to last.

• Sleek and light, plus excellent design

• Portrait mode is the best you can find on Android phones

• Menu options can be classified better