The second generation of gaming phones is upon us 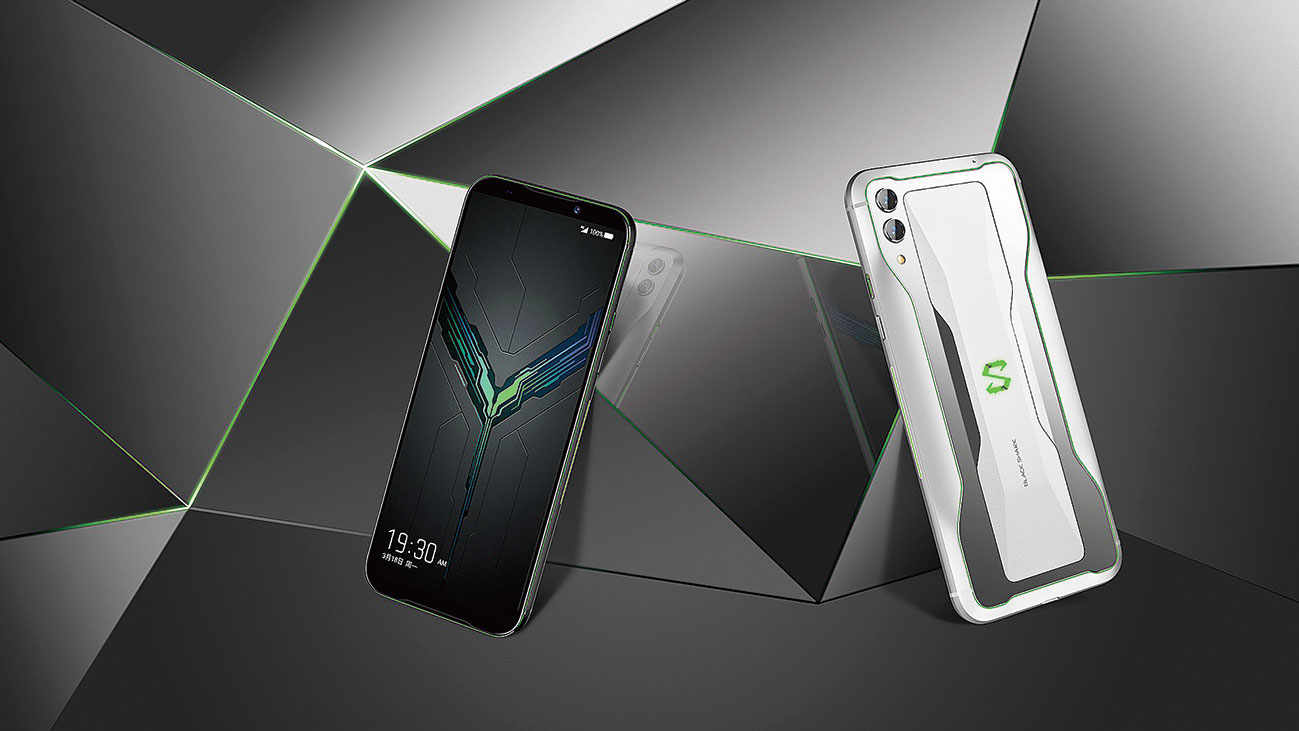 Black Shark, while an independent company, leverages its Xiaomi backing and its formidable supply chain to turn out what is one of the most compelling gaming phones around — the Black Shark 2 (in picture).
(Source: Black Shark)
Tushar Kanwar   |     |   Published 22.06.19, 04:36 PM

The second generation of gaming phones is upon us. Black Shark, while an independent company, leverages its Xiaomi backing and its formidable supply chain to turn out what is one of the most compelling gaming phones around — the Black Shark 2. Affordable yet big on gaming personality, this phone is one for the serious gamers to consider.

The Black Shark 2 wears its gaming credentials proudly — subtle green accents, customisable RGB lighting and the glass panel on the rear curving around the metal step to focus all your attention on the pulsating Black Shark logo in the centre. There’s a dedicated physical switch which turns off all notifications and calls and starts a virtually undisturbed Shark Space gaming mode, and the phone even forgoes the du jour notch to provide small bezels above and below for sufficient purchase during gameplay. The display, while opting for a 60Hz refresh rate, comes with a touch refresh rate of 240Hz for improved response time in first person shooter or racing games, plus the display is pressure sensitive for additional functionality in games. Hardware is expectedly best-in-class — a Snapdragon 855 (with Snapdragon Elite Gaming) chip with 6/128GB or 12/256GB variants. And no matter which game I threw at it, the Black Shark 2 responded without batting an eyelid. Rounding out the experience are a pair of good front-firing speakers, a respectable battery life and camera. This may well be a gaming-focused device, but if you can live with its gaming-first looks, this is a good everyday carry phone as well.

Misses a 3.5mm headphone jack, crucial for gamers. The design and build are top notch, but the weight is significant, and it lacks any IP dust or water resistance rating. Display brightness could also have been better. 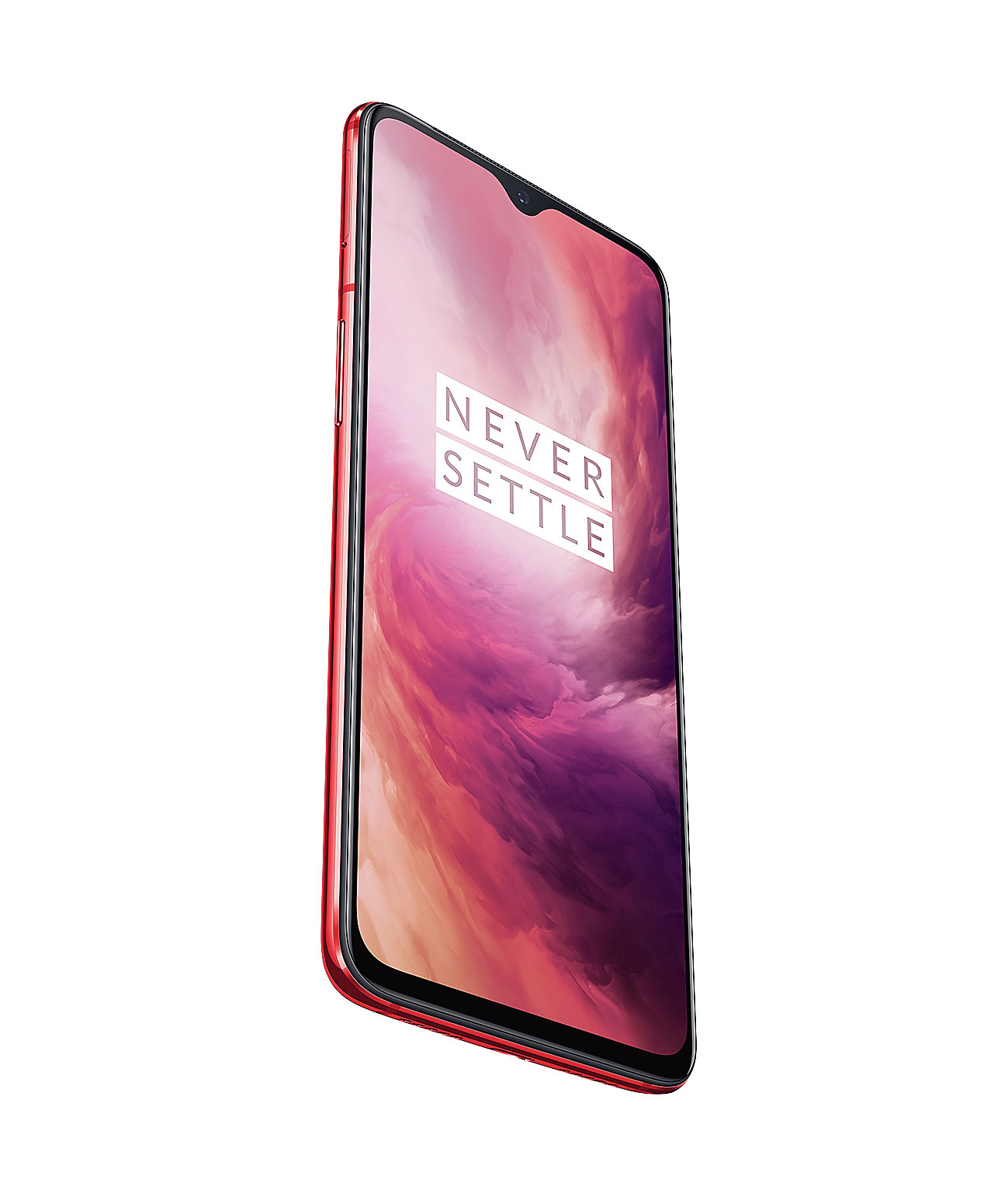 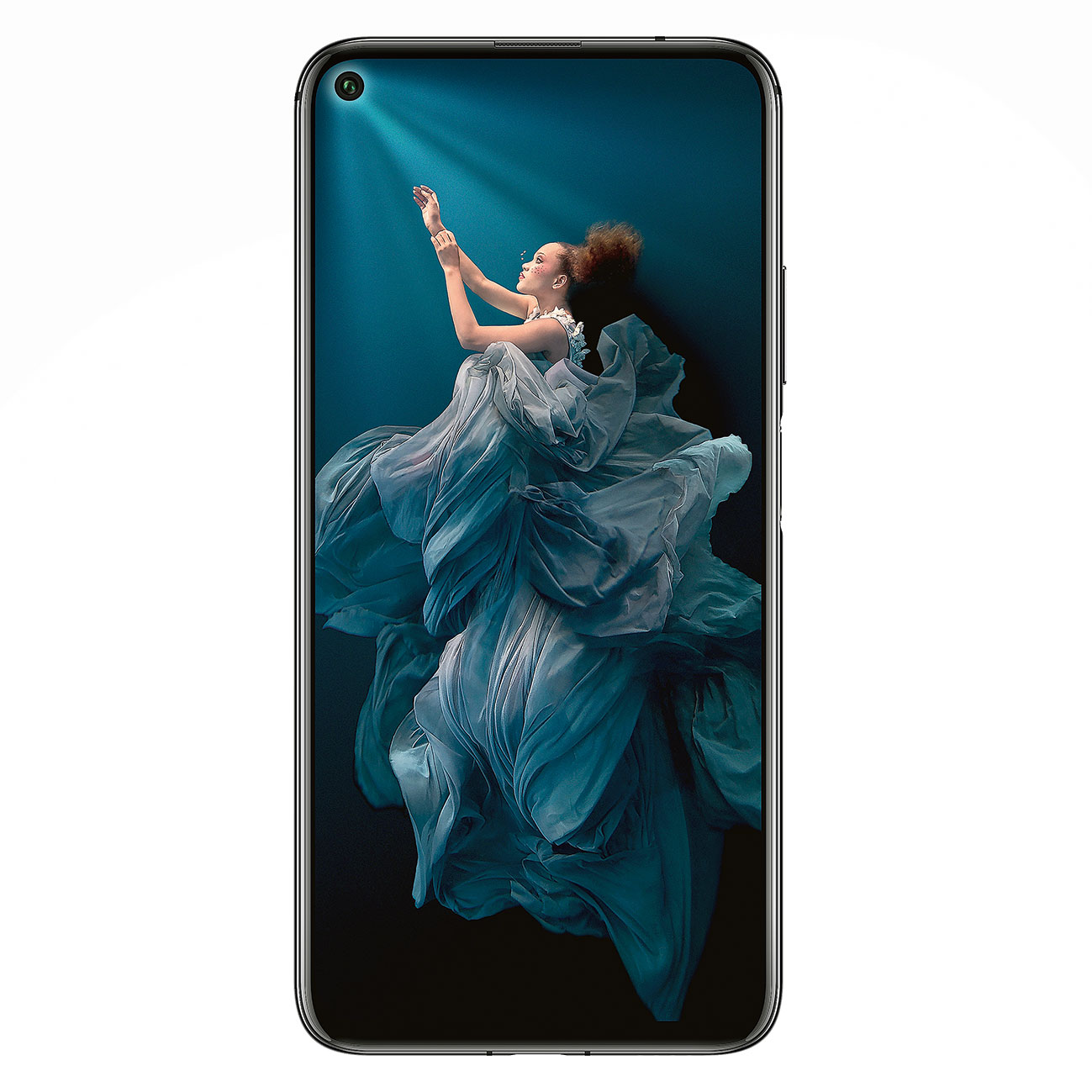 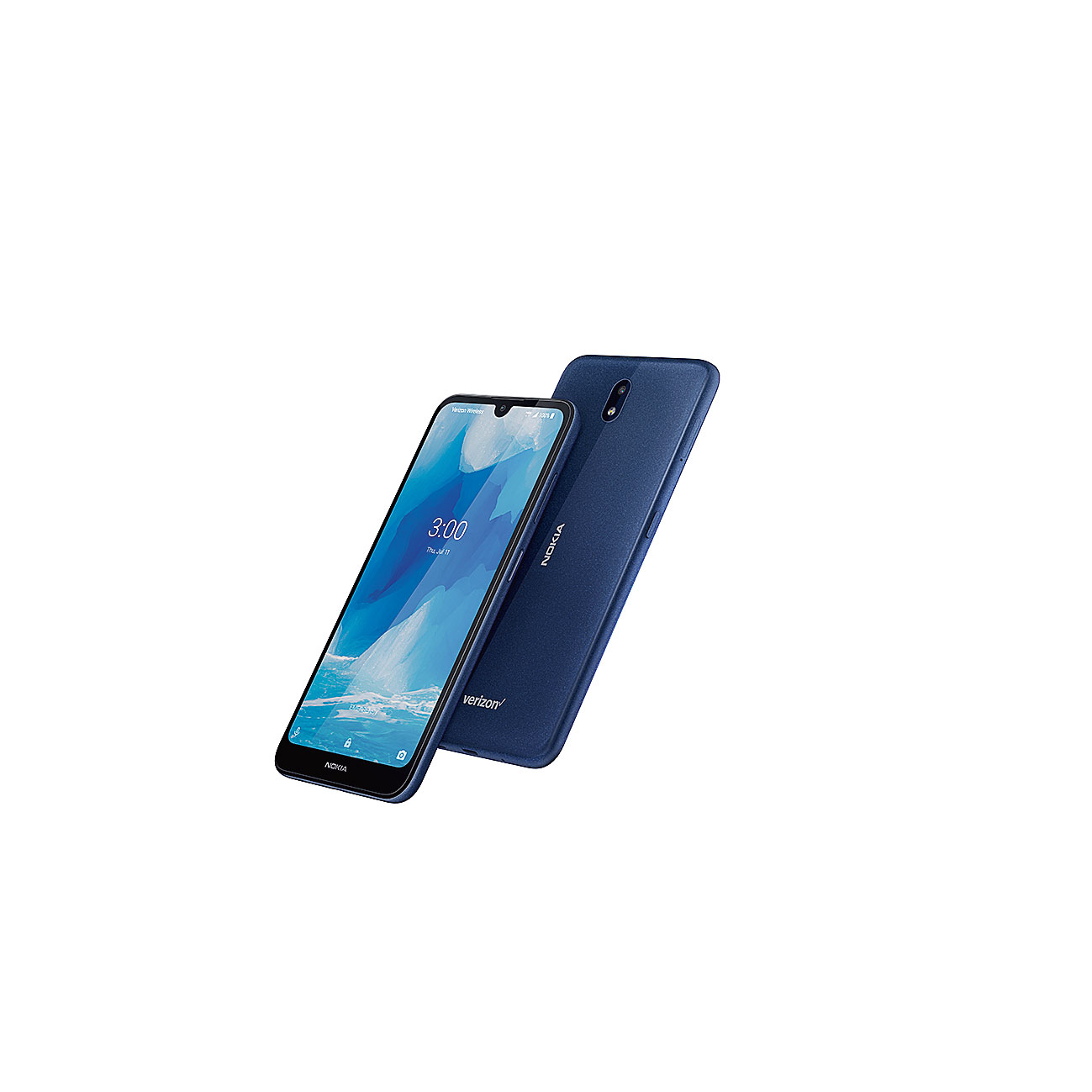 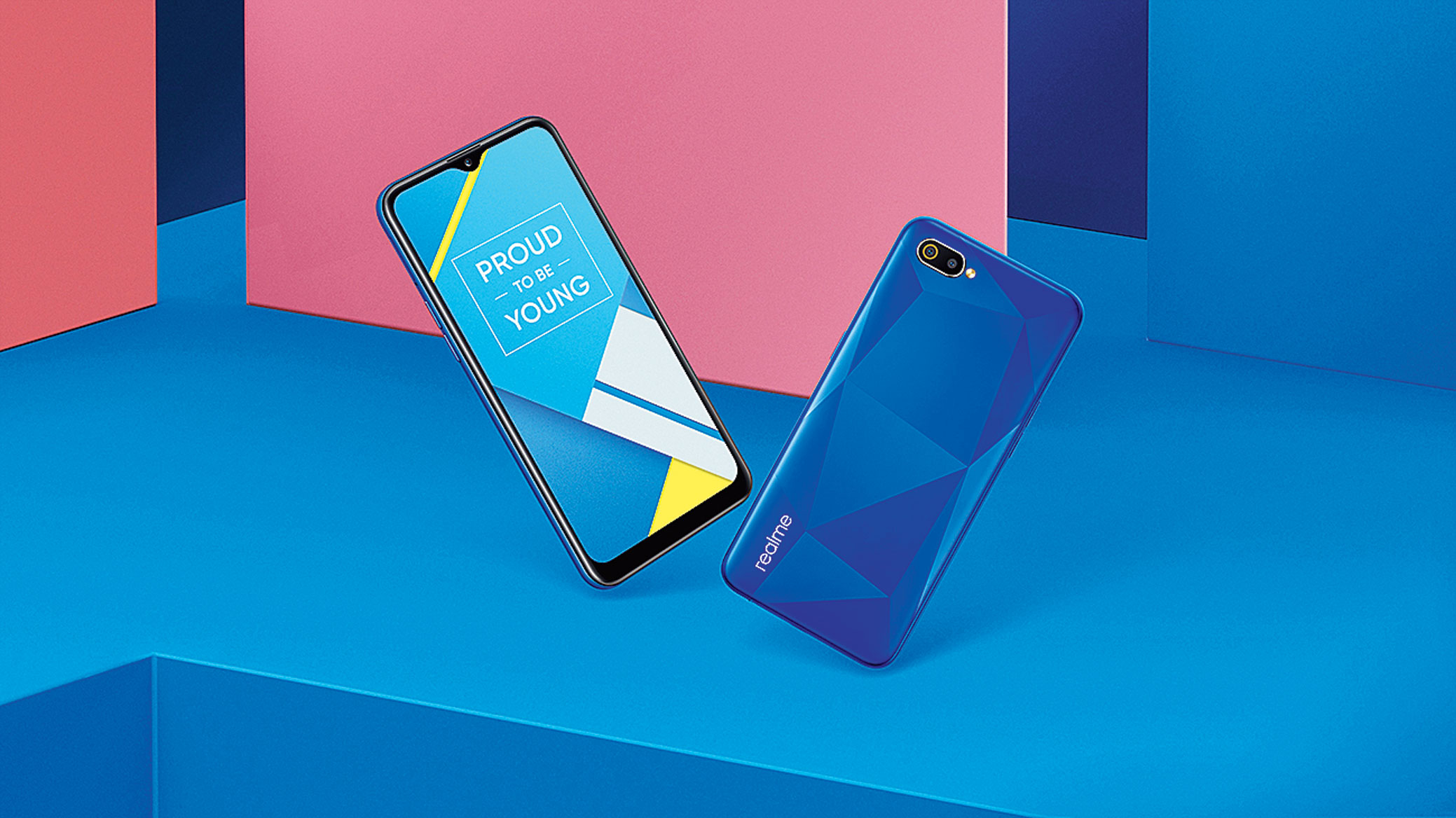 The Realme C2 may be the most affordable phone in the brand’s lineup, but it offers a number of appealing features for its aggressive entry-level pricing, and the few flaws are easy to overlook for the first-time smartphone buyers that it targets.

Unlike most brands which opt for staid functional designs for entry level smartphones, Realme prioritises design on the C2 with its diamond-cut pattern on the back, giving the phone a premium and smudge-resistant finish. The design misses a fingerprint scanner, but that’s to be expected at this price point and the face unlock is snappy. Despite its modest specifications — a MediaTek Helio P22 SoC with 2/16GB or 3/32GB of memory/storage — everyday performance on ColorOS 6/Android 9 Pie and multitasking is acceptable as long as you’re patient with the heavier apps. The waterdrop notch-sporting 6.1-inch HD+ display with Corning Gorilla Glass 3 protection offers good colours but is dull when used outdoors. Battery life is strong, with the 4,000mAh battery lasting a-day-and-a-half of use.

The dual-camera setup takes good photos (including portrait and macro shots) in daylight, but often gets the exposure all wrong. Low-light photos are barely usable.

Samsung’s delivered strongly in the budget segment with the Galaxy M series, and the M40 represents the upper, pricier tier of this line. A good product on its own, it suffers both in terms of specs and experience when compared to its own M-series and A-series siblings.

With the hole-punch Infinity-O display and reduced bottom bezel, the M40 feels incredibly compact and light for a phone with a 6.3-inch display. Samsung steps up the camera game as well with the triple-camera setup, and the ultra-wide-angle shooter and super-slow-motion video bring a new perspective to your shots. Yet, the image quality could have been better in indoor and low-light conditions. With the Snapdragon 675 chipset and 6GB of RAM, the M40 is lag-free in everyday use on Android Pie with One UI 1.1 and runs high-end games without breaking a sweat. Battery life is adequate for day-long use, but not much more.

The petite dimensions of the M40 means no headphone jack, a smaller-than-its-siblings 3,500mAh battery and a hybrid-SIM slot, which is odd for the priciest of the M-series. The display is sharp and brightness levels are sufficient for outdoor use, but the LCD display on the M40 just isn’t as vibrant as the AMOLED panel on the M30/A50. The high pricing puts it squarely against the more performance-oriented Poco F1.

The launch of the Honor 20 comes at an nightmarish time for parent Huawei, with questions about the long-term support for Android needing more definitive answers and likely to give consumers some pause at the moment. Pity really, since the Honor 20 is a fantastic budget-premium smartphone that offers a bunch of standout features that legitimately challenge the OnePlus 7 in its own territory.

Honor scores big on design with the Honor 20. The phone is compact and light for a device that packs in a 6.26-inch display, it looks all manners of premium and the slim profile and curved edges let it rest easily in most hands. The side-mounted power button-cum-fingerprint sensor is a super sensible choice as compared to many less-than-snappy in-screen fingerprint sensors today. The edge-to-edge display with the hole-punch camera cutout is incredibly immersive for watching HDR content. While it’s not an AMOLED panel, it still offers vibrant colours and on-point sharpness. Under the hood, you get a flagship Kirin 980 chip with 6GB memory and 128GB of non-expandable storage, a combination which delivers well in speed and battery efficiency — it runs the Magic UI 2.1 interface snappily despite the presence of a number of bloatware apps. Also, you’ll easily get a full day of heavy usage on the Honor 20’s 3,750mAh battery. The quad camera setup is versatile. You get a super wide-angle camera and a macro lens apart from the primary 48MP f/1.8 shooter and the depth sensor — and the results are good, with sharp and punchy photos as long as you’re shooting in good light.

The Honor 20 goes up against the cleaner Android experience, a richer AMOLED display and the faster performance of the OnePlus 7. It offers solid competition in each category, but you really should opt for the Honor 20 only if the flexible camera setup and slick design matters above all.

HMD Global has done a fine job of reviving the Nokia brand in India, but when it comes to the sub-10K segment and the Nokia 3.2, the clean design, bloat-free stock Android experience and promise of timely updates may not be enough for consumers to overlook the performance and imaging compromises made to achieve this price level.

There’s this understated look about the Nokia 3.2, with the clean polycarbonate unibody design curving towards the 2.5D curved glass on the front. The large 6.26-inch 720p display works well for media consumption, even if it isn’t the sharpest or most vivid display around. Using stock Android works to Nokia’s advantage — not only does it assure security updates for up to three years, but it also avoids the bloatware and borderline-spammy ads that other skins are notorious for. Battery life is excellent, pulling through a day of heavy use with ease.

The polycarbonate back may sport a glass-like finish, but it smudges and scratches easily and the large footprint rules out one-handed use for most folks. With Nokia, it’s always experience over specs, but the choice of the Qualcomm Snapdragon 429 processor means it is easily outclassed in everyday use, gaming or multitasking by Snapdragon 660- and MediaTek P70-sporting rivals, many of which are priced lower than the 3GB/32GB variant (Rs 10,790) of the Nokia 3.2. The cameras are a bit of a letdown — the single 13MP f/2.2 camera (no depth sensor) takes natural-looking shots, offers good dynamic range and focuses quickly. But it loses sharpness indoors and in low light and broadly falls short of the results from the competition.

The OnePlus 7 Pro may have gotten all the attention this year, leaving the OnePlus 7 to feel like an incremental hardware upgrade from the 6T. With 2019-spec flagship internals, the OnePlus 7 delivers on the brand’s core identity — premium internals without charging a premium price.

If you thought the OnePlus 7 would get shortchanged with the launch of the 7 Pro, think again. It packs in the same Qualcomm Snapdragon 855 chipset and the twice-as-fast UFS 3.0 storage, both of which show benefits while loading apps, playing the latest games and the like. It lacks the OnePlus 7 Pro’s 90Hz display and the improved liquid cooling system which allows the OnePlus 7 Pro to hold on to sustained performance, but it’s a worthwhile compromise for the dramatic price difference between the two. Oxygen OS is where OnePlus pulls ahead of its peers, and the hardware-software marriage is the best on the Android side of things. Battery life is good for a day’s use, but there’s only 20W fast charging, unlike the 30W Warp Charge on the OnePlus 7 Pro.

Design is unchanged from the 6T, except for the stunning red colour variant. The in-display fingerprint scanner is temperamental and the haptic vibration motor is still a tad unrefined. No IP-rated water protection, wireless charging or 3.5mm jack. Camera performance, like the OnePlus 7 Pro that it shares its primary sensor with, is middling.